For months, retailers wondered how the U.S. Food and Drug Administration would handle tobacco issues under the Trump administration. In late July, Dr. Scott Gottlieb, the newly appointed commissioner of the FDA, issued an extended document focused on breaking nicotine addiction as a central strategy. 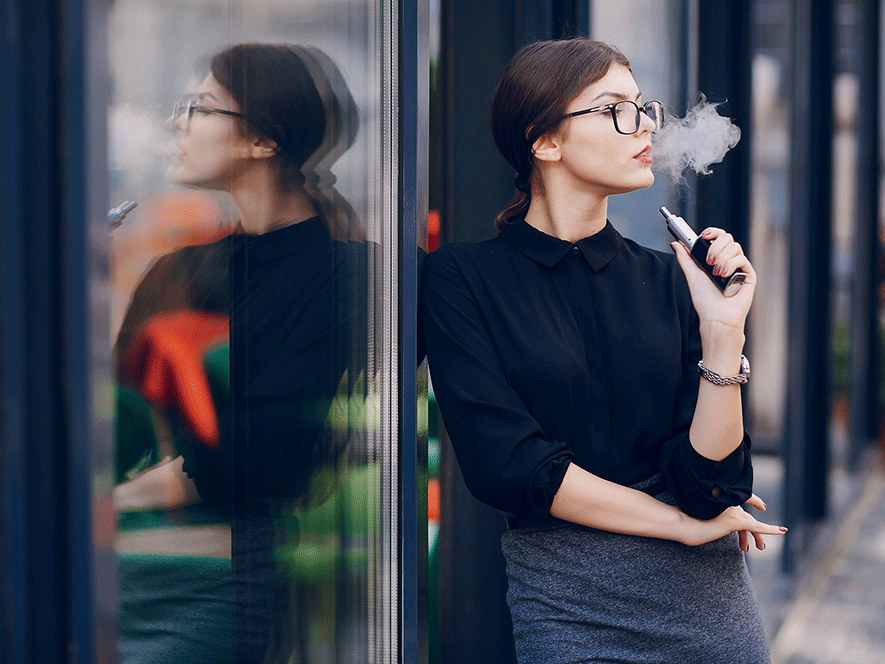 In addition, Gottlieb said alternatives to combustible cigarettes, such as electronic cigarettes, are in need of further public discussion and research. The FDA extended deadlines for manufacturers to submit their new-product applications to several years from now.

“Envisioning a world where cigarettes would no longer create or sustain addiction, and where adults who still need or want nicotine could get it from alternative and less-harmful sources, needs to be the cornerstone of our efforts,” Gottlieb said. “And we believe it’s vital that we pursue this common ground.”

The agency’s most unexpected announcement is a focus on nicotine levels for cigarettes, proposing that a strong alternative to traditional combustible cigarettes was to engineer low-nicotine options. The agency said it intends to issue an Advance Notice of Proposed Rulemaking (ANPRM) to seek input on the potential benefits and possible adverse effects of lowering nicotine in cigarettes.

Tying lower levels of nicotine to when youth first try cigarettes, the FDA surmises that “lowering nicotine levels could decrease the likelihood that future generations become addicted to cigarettes and allow more currently addicted smokers to quit,” the document said. “Because nicotine lives at the core of both the problem and the solution to the question of addiction, addressing the addictive levels of nicotine in combustible cigarettes must be part of the FDA’s strategy for addressing the devastating addiction crisis that is threatening American families.

“Our approach to nicotine must be accompanied by a firm foundation of rules and standards for newly regulated products. To be successful, all of these steps must be done in concert and not in isolation.”

Discussing the document in a recent newsletter, Thomas Briant, executive director of Minneapolis-based NATO, said part of the FDA’s goal is to develop a “product standard” that would regulate the properties of a lower-nicotine combustible cigarette. He pointed out that Congress prohibited the FDA in 2009 from lowering the nicotine level to zero.

Similar to the public-commentary period on lower-nicotine cigarettes, the FDA is also going to initiate a public-comment period on the dangers of e-cigarette batteries, youth access to e-liquids and the potential of e-cigarettes to be less harmful than traditional cigarettes. “A key piece of the FDA’s approach is demonstrating a greater awareness that nicotine—while highly addictive—is delivered through products that represent a continuum of risk and is most harmful when delivered through smoke particles in combustible cigarettes,” Gottlieb said.

The agency said it intends to issue a new enforcement policy “shortly,” with new deadlines pushing back the date when manufacturers must submit applications for new products. Instead of 2018 deadlines, products such as cigars, pipe tobacco and hookah tobacco have a deadline of Aug. 8, 2021, and e-cigarettes or vapor products have a deadline of Aug. 8, 2022. Also, the FDA expects that manufacturers would continue to market products while the agency reviews product applications.

Anti-tobacco groups met Gottlieb’s words with both agreement and skepticism. Matthew Myers, president of the Campaign for Tobacco-Free Kids, Washington, D.C., said in a statement that Gottlieb’s proposed agenda “represents a bold and comprehensive vision with the potential to accelerate progress in reducing tobacco use and the death and disease it causes in the United States.”

At the same time, Myers was critical of the FDA’s decision to delay compliance deadlines. “This long delay will allow egregious, kid-friendly e-cigarettes and cigars, in flavors like gummy bear, cherry crush  and banana smash, to stay on the market with little public-health oversight,” he said.

Altria Group Inc., Richmond, Va., called the agenda a “meaningful step forward.” In a statement, Altria officials said, “It’s important to understand that any proposed rule such as a nicotine-product standard  must be based on science and evidence, must not lead to unintended consequences and must be technically achievable.”

Officials from Winston-Salem, N.C.-based Reynolds said in a statement, “Reynolds American Inc. and its operating companies are encouraged by FDA Commissioner Dr. Scott Gottlieb’s comments recognizing tobacco harm-reduction policies and the continuum of risk for tobacco products. Gottlieb’s comments regarding nicotine and menthol do not come as a surprise to us. We are well prepared and look forward to participating in a thorough process to develop a comprehensive plan for tobacco and nicotine regulation.”