It’s no surprise that the theme of the 2016 CSP Total Nicotine Conference was “moving with the regulatory winds.” Regulations were definitely in the air. 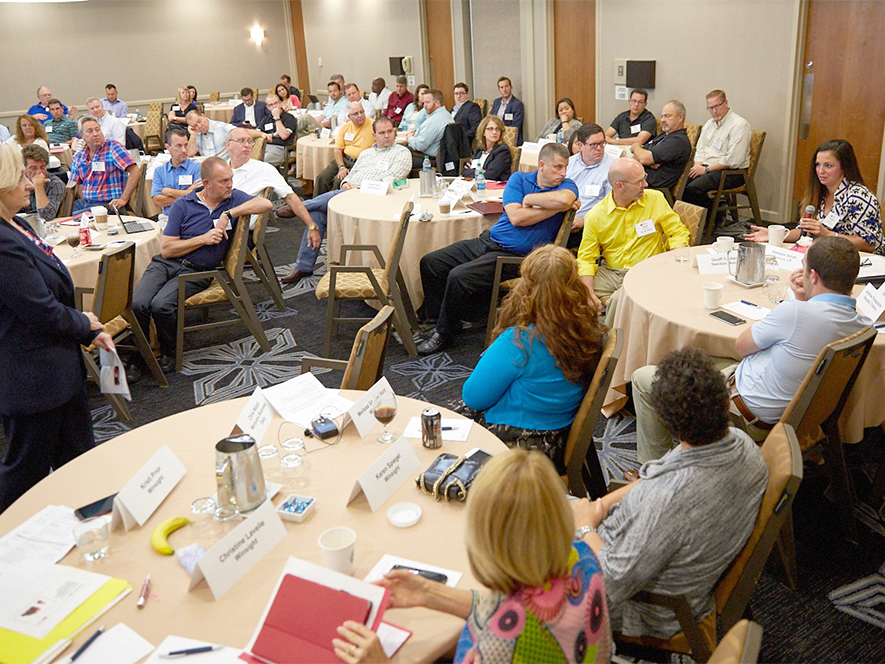 In some ways, retailers and suppliers walked in with more clarity than ever before. Gone were questions about what the U.S. Food and Drug Administration (FDA) would include in its final “deeming” regulations for cigars, pipe tobacco and electronic cigarettes. With the agency announcing the regulations in May and putting them into effect Aug. 8, the industry seemingly had an idea of how the category would operate under FDA regulation … seemingly.

“Retailers want to know what’s going to happen with deeming,” said Thomas Briant, executive director of the National Association of Tobacco Outlets (NATO), Minneapolis. “I don’t have all the answers—especially when it comes to the FDA.”

A number of manufacturers and advocacy groups have been challenging some or all of the regulations through lawsuits—with more on the way. There’s also the question of how (or even if) the FDA will go about reviewing the potential windfall of product applications required under the rule.

Though the three-day conference wasn’t only about regulations—with sessions and insights on consumer purchase patterns from VideoMining, plus the burgeoning legalized-cannabis market and tobacco’s subsegments—the FDA had a constant presence.

As Christopher Greer, corporate affairs director for Japan Tobacco Inc. (JTI) put it, “It’s about category management, [and] retailers need to know the regulatory risks in order to manage the tobacco category.”

What follows are valuable pointers for moving with deeming, moving with

the segments and even moving with marijuana.

Moving With the Segments

The first lawsuit challenging the FDA’s deeming regulations was filed mere days after the agency announced the final rule in May. As of August, eight lawsuits had been filed, with claims that the regulations violate the Administrative Procedures Act, the Regulatory Flexibility Act and even the First Amendment.

While the first hearing on these deeming lawsuits has been scheduled for this month, it will likely be years before the industry has true clarity on what it will look like to operate under these regulations.

Briant of NATO and others offered three simple suggestions for retailers in dealing with the new regulations. First and foremost, stay educated. Retailers should be proactive about who they are partnering with when it comes to the newly regulated products. “Retailers should be having candid conversations with e-cig partners on how they’re dealing with FDA compliance,” said Kevin Roberts, director of regulatory affairs and communications for Logic  Technology Development LLC, Pompano Beach, Fla.

As the deadlines for substantial equivalence (SE) and premarket tobacco applications (PMTA) near, retailers should make sure the products they’re selling are compliant.

This can be accomplished by checking the FDA’s website for status updates on SE and PMTA applications.

“The stakes are very high,” said Perraut, who now works as a consultant for San Francisco-based Radiant Strategies. “I strongly recommend everyone engages with the process. Your comments on regulations really do make a difference, especially when data is provided. The White House really does consider your point of view, but they need that information.”

Finally, stay calm. The good news is, for the time being, little will change in retailers’ day-to-day operations. Because of the “grace period” manufacturers have in which to submit applications, it will be 2018 (at the earliest) before retailers have to worry about pulling products off the shelves.

“Take a deep breath—don’t get stressed out,” Briant said.

An “out” for sampling: Though the deeming regulations technically ban the vape-shop practice of free sampling, Briant said the FDA defines “free sampling” as no money changing hands. That means vape shops could charge an arbitrary sampling fee to get around the ban.

The price of compliance: Though the FDA predicted PMTA applications will cost about $330,000, taking the equivalent of one person working full time for 10.5 months to complete, Logic anticipates costs could go as high as $10 million. Roberts said two years will be “a really aggressive timeline” in which to complete the process.

No requirement to rule on applications: Though the FDA gave itself a 12-month timeline in which to review SE and PMTA applications, there’s no standard requiring the agency make a decision. “If the FDA is still reviewing after 12 months, it’s up to the FDA whether the product can stay on the market, which they’ll do on a case-by-case basis,” Briant said.

To whom does CTP answer?: When asked who holds the CTP accountable for SE, PMTA and other tasks, Perraut admitted there’s “not a definite answer.” The White House, Congress and Department of Justice each play a role, but it “will likely be the courts (via lawsuits) in this case.”

Cole-Bishop Amendment unlikely: While an amendment has been introduced to push back the “grandfather date” (meaning products on the market by Aug. 8 would not have to submit a SE or PMTA application), Briant warned the measure still needs to be approved by the House and the Senate and signed into law by President Barack Obama. Given the gridlock in Congress, Briant said it was unlikely the amendment will ever get to the president.

Continued: Moving With the Segments

Moving With the Segments

With regulations only making life more difficult for the tobacco category, data from manufacturers and services such as VideoMining can offer operators some much-needed relief in managing the ever-volatile category.

Pack the pipes: Bill Noah, director of strategic accounts and category leadership for Scandinavian Tobacco Group Lane, Tucker, Ga., acknowledged that pipe tobacco accounts for only 1% of total tobacco sales at convenience, with stores averaging about three pouch sales per week. But he pointed out that those three pouches generate the same margin as 12 packs of cigarettes.

Watch the cigar SKUs: Noah also cited data from Management Science Associates (MSA) showing that only 57% of mass-market cigar SKUs account for 80% of that segment’s sales. “Maybe it’s time to ask: Are we over-SKU-ed in this category?” he said.

Stick with cig-alikes: For all the talk about vaporizers, tanks and mods, data suggests cig-alikes are by far the top seller in convenience. Roberts of Logic said Nielsen reports 97% of total vapor volumes come from cig-alikes (in the form of disposables, kits and refills).

Stock up: A VideoMining survey of tobacco shoppers shows that 52% will leave without buying a substitute if a store doesn’t have their preferred brand. And make sure stock is good on Fridays, which are peak days for tobacco shoppers.

Though the majority of the discussion of this year’s Total Nicotine Conference centered on the deeming regulations, that doesn’t mean things have slowed down on the local level. NATO’s Tom Briant joked that he’s always late in submitting his presentations because there’s some last-minute local regulation he needs to add in.

NATO predicts it will respond to 200 local tobacco proposals in 2016, nearly double the 100 proposals it responded to last year.

In Massachusetts alone, 47 local municipalities have attempted some form of a tobacco flavor ban, with 122 local governments attempting to increase the minimum purchase age.

Christopher Greer of JTI described these kinds of extreme tobacco regulations as a “slippery slope,” one that isn’t limited to tobacco.

“What happens in tobacco sets a negative precedent that can (and probably will) be applied to other categories,” Greer said, pointing to other countries that have tried to apply graphic warning labels to alcohol, soda and even Big Macs.

Briant anticipates that slippery slope will only get slicker.

“The FDA is moving slowly, but the ‘antis’ and local governments are not willing to wait,” he said. “Local is the real battleground.”

For all the doom and gloom of deeming, the Total Nicotine Conference closed with a session about the promise of a new and hugely profitable segment: recreational marijuana.

Chris Walsh, editorial director of Marijuana Business Daily, estimates the industry will generate $14 billion to $17 billion in 2016, thanks to marijuana sales, tourism and services required by the industry (such as security, lawyers and banking). If cannabis were to be legalized federally, that number could skyrocket to $45 billion.

“This is a professional industry now,” Walsh said, pointing out that his company’s cannabis trade shows are filled with “thousands of people in suits and ties.”

Though it’s not yet legal for convenience-store retailers to get into the cannabis industry, Walsh shared his “30,000-foot view” on where the industry is headed and tips on how convenience retailers can prepare themselves for a legalized market.

Come November, as many as 11 states could have recreational-marijuana  initiatives on the ballot.

“Pay attention,” Walsh said. “This will move quickly.” Though federal legalization is likely at least five years out, more than 50% of Americans support recreational marijuana, he said. “At some point, legislatures will have to address that.”

Forget the stoner stereotypes: Walsh described recreational- and medical-cannabis consumers as “really all over the board,” from businessmen to soccer moms and senior citizens using it for medical reasons. “Baby boomers are huge for this industry,” he said, pointing out that internal surveys suggest marijuana consumers spend an average of $1,800 a year on the category.

There have been lots of rumors about Big Tobacco entering the marijuana business if and when it’s federally legal. “Absolutely, Big Tobacco is looking at this,” Walsh said. “It’s perfect (for them): They know how to cultivate crops, they know how to market adult products, they know how to distribute.” He sees it playing out the way the beer category does: some big, mass-produced options, but also a thriving craft scene of “mom-and-pop” players.

Traditional convenience retailers in states where it’s been legalized cannot  take advantage of these big profits and wide consumer base due to provisions in state laws requiring that marijuana retailers sell only cannabis products (and not alcohol, tobacco or food). Walsh said one retailer—Gas and Grass—has found a way around this by having one entrance for its convenience store and one entrance for its marijuana business.

Walsh predicts it will be at least 10 years before the convenience industry can enter the marijuana space, but potentially interested parties should start planning now. “Learn the industry first,” he said. “The more you can learn now, the more you can develop a plan, the better.”