Could menthol be banned? 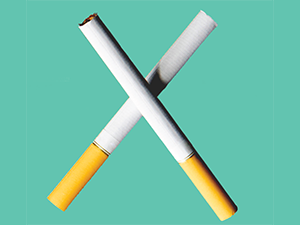 Dating back to the Tobacco Control Act being signed into law in 2009, the conversation is picking up steam again. And the stakes could not be higher.

Here’s a refresher on how we got to the current state.

The Tobacco Control Act officially banned the use of flavors in cigarettes, but it exempted menthol, tasking the U.S. Food and Drug Administration (FDA) with convening a Tobacco Product Scientific Advisory Committee (TPSAC) to further study the subsegment’s effect on public health.

Since then, the FDA and tobacco manufacturers have entertained a legal merry-go-round, centered on the use of the 2011 TPSAC report, which unanimously supported a menthol ban.

The FDA issued an Advance Notice of Proposed Rulemaking on menthol in 2013, only to have Reynolds American Inc. and Lorillard Tobacco Co. successfully sue to block the agency from using that key TPSAC report.

But most recently, in January, the U.S. Court of Appeals for the D.C. Circuit said the FDA could use the report, prompting Reynolds to file an appeal.

For Reynolds, one could argue that no issue is more important. The Winston-Salem, N.C.-based No. 2 tobacco player doubled (or tripled) down on menthol when it purchased No. 3 player Lorillard for $27.4 billion in June 2015. At the heart of the deal was Lorillard’s menthol-dominant Newport line, which overnight boosted Reynolds to a 57% share of the menthol market.

Not only is menthol a huge seller, but it also is an important market-basket driver, spurring “ancillary sales of higher-margin products,” says David Bishop, managing partner of Barrington, Ill.-based sales and marketing firm Balvor LLC.

Losing those sales would be hugely problematic for retailers, especially in the wake of the Reynolds-Lorillard deal. In a December 2015 Wells Fargo “Tobacco Talk” retail survey, nearly 60% of respondents indicated participation in an everyday low price (EDLP) program would increase due to Newport’s inclusion, resulting in as much as 75% of industry volumes being represented in EDLP.

So while menthol today is legal, the re-emergence of the TPSAC report has created genuine concern for the tobacco and retail community.

“Menthol cigarettes are very important not because of menthol per se, but due to the importance of adult smokers,” says Anne Flint, senior tobacco category manager for Cumberland Farms, Framingham, Mass., the largest convenience chain in New England. “Adult smokers are some of the most important consumers we serve. Responsibly providing them with their brands of choice is important.”

Does reinstatement of the TPSAC report automatically tip the scales in favor of menthol restrictions, if not an outright ban?

“Broadly, I don’t think that report is all that material,” says Vivien Azer, a tobacco analyst for New York-based Cowen Group. “The FDA’s own report was quite comprehensive. It really covered all of the mandated questions TPSAC had been charged with answering.”

Azer is referring to the FDA’s 2013 scientific evaluation of menthol, which came in at 153 pages with an equally long title: “Preliminary Scientific Evaluation of the Possible Public Health Effects of Menthol Versus Non-Menthol Cigarettes.”

In that lengthy document, the agency divided the scientific evidence into nine categories, finding the use of menthol in cigarettes is “likely associated” with a greater risk to public health in five of nine buckets. Those categories included:

Though the FDA’s scientific evaluation did not state that the agency intended to restrict or ban menthol, its strong wording led many to read between the lines—TPSAC report or not.

“The independent FDA report was actually more negative than the TPSAC report,” Azer says. “That’s really where the agency put their stake in the ground on menthol.”

Continued: A Question of Risk

A Question of Risk

On the flip side, there were three scientific categories in which the FDA did not find menthol cigarettes to pose a greater risk. The scientific evaluation showed no evidence of menthol being more toxic or increasing biomarkers (the level of smoke constituents in exhaled air, saliva, blood and urine), and found menthol is not associated with an increased risk of disease.

Also in play are a slew of unintended consequences if the United States were to fully ban menthol cigarettes. Of more than 200,000 public comments submitted in response to the FDA’s Advance Notice of Proposed Rulemaking, former Lorillard CEO Murray Kessler estimated 99% opposed menthol regulations.

“Nearly all of these comments were united that menthol regulation would do little for public health, but would have a devastating impact on communities, help foster more illicit tobacco sales and hurt jobs,” Kessler said while speaking at the 2014 NATO Show.

Black-market trade tops the list of concerns. In fact, the 40,000-member National Troopers Coalition and the National Organization of Black Law Enforcement Executives both spoke out against menthol regulations during the 2010 TPSAC meeting, warning that a menthol ban “would create flourishing criminal enterprises.”

“A more realistic, worst-case scenario is if the FDA recommends that menthol levels be reduced over a number of years.”

“The potential for illegal sales would be considerable,” says Flint of Cumberland Farms. “Given our long history in responsibly selling age-restricted products, the most appropriate place to sell tobacco products [is] in retail stores.”

Retailers stand to suffer significantly if menthol cigarettes are banned. “For the retailer, [a menthol ban] likely means a loss of customers who visit the store frequently and buy more than simply cigarettes,” says Bishop of Balvor.

But before both sides line up on the “ban” and “permit” sides, tobacco analyst Azer says there is a sizable middle ground. The most obvious option for the FDA is to create a ceiling in the permissible level of menthol allowed in a cigarette.

Wells Fargo analyst Bonnie Herzog predicted a similar outcome back in 2013. “We continue to believe an outright ban on menthol is extremely unlikely,” Herzog wrote in a research note, shortly after Mitch Zeller took over as director of the FDA’s Center for Tobacco Products. “A more realistic, worst-case scenario is if the FDA recommends that menthol levels in all cigarettes be reduced over a number of years.”

But that approach would be good news for Reynolds and retailers in Newport-heavy regions, because Newport has one of the lowest menthol levels among competitive menthol brands, Azer says.

For now, the industry will continue to wait and see what—if any—further action the FDA takes on menthol.

July 2009 - The Family Smoking Prevention and Tobacco Control Act is signed into law. Menthol is exempt from a flavoring-additive ban, but the Tobacco Products Scientific Advisory Committee (TPSAC) is tasked with weighing in on menthol.

July 2011 - A TPSAC committee issues a report stating the removal of menthol in cigarettes would benefit public health.

July 2013 - FDA issues an Advance Notice of Proposed Rulemaking on menthol, along with its own menthol report, “Preliminary Scientific Evaluation of the Possible Public Health Effects of Menthol Versus Non-Menthol Cigarettes.”

July 2014 - The U.S. District Court rules that three members of the TPSAC committee on menthol had conflicts of interest and bars the FDA from using the TPSAC report as a basis for menthol regulations. The FDA appeals the ruling.

January 2016 - The U.S. Court of Appeals for the D.C. Circuit finds in favor of the FDA, lifting the previous injunction on the TPSAC report.

March 2016 - R.J. Reynolds Tobacco Co. appeals the lifting of the TPSAC report injunction, requesting that the U.S. Court of Appeals for D.C. hears its case if the three-judge panel declines the appeal.