MINNEAPOLIS -- While the totality of new regulation—everything from minimum-wage increases to plastic-bag fees—may be slowly strangling the livelihoods of convenience retailers, the category taking the greatest hit could arguably be tobacco. 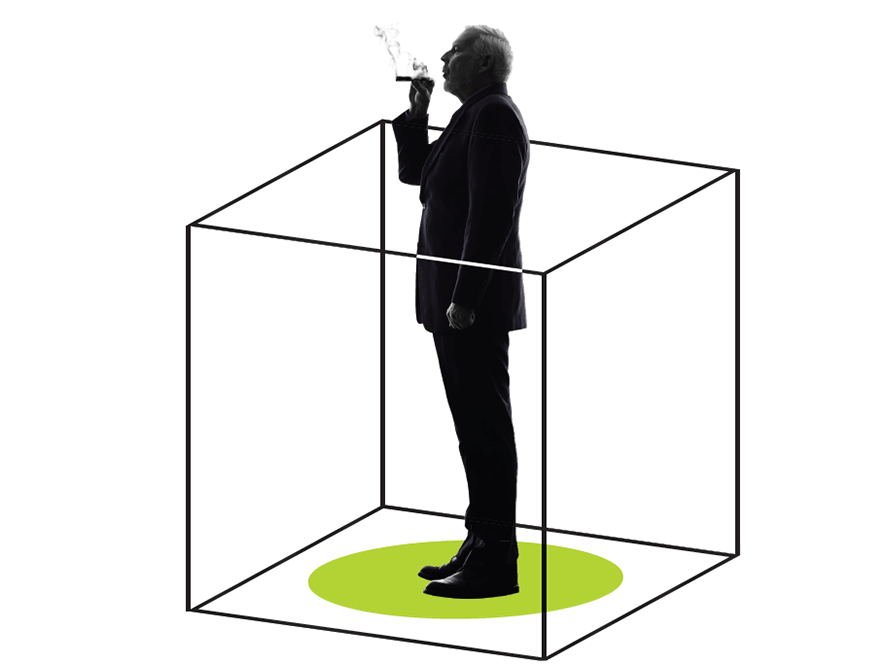 From increases in the legal age to purchase tobacco products to restrictions on where people can legally smoke, regulation is making the business of nicotine inhospitable, if not downright intolerable. The U.S. Food and Drug Administration (FDA) added even more intrigue at press time, with talk of new standards for nicotine levels and offering a potential lifeline to electronic cigarettes.

For retailers trying to navigate the changing tides of regulation, the only certainty is tumult.

At almost all levels of government, from the feds to county assembly halls, menthol-flavored cigarettes are drawing heat.

San Francisco banned its sale within city limits, Minneapolis passed an ordinance restricting sales to tobacco and liquor stores, and Oakland, Calif., was set to pass its own rule as of press time. A few other California towns and counties have made or are making similar moves.

On the federal level, the first substantive tobacco-related proclamations from Dr. Scott Gottlieb, the FDA’s newly appointed commissioner, said the agency would revisit flavored-tobacco bans, including menthol, in a process of public comment and scientific review. Here’s how the language reads: “FDA intends to issue [a process] to … seek public comment on the role that flavors (including menthol) in tobacco products play in attracting youth and may play in helping some smokers switch to potentially less harmful forms of nicotine delivery.”

In the meantime, as that process plays out, California and Minnesota retailers have found themselves on the defensive, trying to convince council members of the economic effects such bans would have on their businesses.

Clay Lambert, a single-store operator in Minneapolis, says menthol, mint and wintergreen flavors represent as much as 47% of his tobacco business. For other retailers in the city, it’s as high as 80%, he says.

The Minneapolis ordinance restricts the sale of menthol products to 21-and-older stores, cutting the number of retailers who can sell menthol from 325 to 24 tobacco shops and about 50 liquor stores.

“There are no studies—just a ban,” Lambert says. “They don’t know the fallout.” According to manufacturer sales data, the average Minneapolis c-store would lose $226,000 in tobacco-product sales annually, says Thomas Briant, executive director of Minneapolis-based NATO. “This will result in employees being laid off, and small, neighborhood corner stores literally going out of business,” he says.

In Minneapolis, the process included a public hearing before a committee of council members, who ultimately recommended passage of the measure to the full city council.

Prior to the vote, retailers and NATO asked the city members to slow things down, Briant says. A group, under the banner of the Coalition of Neighborhood Retailers, retained Management Science Associates, Pittsburgh, to conduct two economic studies. One would have focused on the economic effects of the partial flavor ban that took effect Jan. 1, 2016. The second would have explored the potential economic effects of the menthol ordinance. They had asked the council for 10 weeks to conduct the research.

The measure had strong defenders on both sides, according to a lead council member in favor of the ban. Cam Gordon, Green Party-Ward 2, is one of two Minneapolis council members who sponsored the menthol bill. He says organizers for and against made sure their voices are heard.

For his part, Gordon sees the ban as a continuation of a flavor ban that Minneapolis enacted in 2015. At the time, “we weren’t ready” to include menthol, mint and wintergreen, “as those flavors were older and we were not sure if we were ready to make that move,” he says.

Since that time, “we have new information that menthol makes it easier to start [smoking],” he says. “What some of our medical experts are saying is that menthol has [a way of] anesthetizing the throat to normal gag reflexes.”

Gordon sympathizes with c-stores, but he says the goal is “having a healthy city.” He cited a “healthy corner store” program that the city started, which included the city teaching marketing techniques and working with vendors to bring down costs.

“We don’t want to see stores close or suffering because [of this],” Gordon says. “We want them to continue to provide great service and be successful.”

When asked about the influx of recent ordinances on retailers in Minneapolis—a spurt that included a minimum-wage increase, paid sick leave and a plastic-bag fee—Gordon concedes, “Yes, in some areas perhaps we are overregulating, but we’ve gone through [and removed] some.”

For instance, Minneapolis used to forbid food trucks in the city. It didn’t allow some farmers markets. Nor did it allow grocery stores to set up outdoor sales areas in nice weather.

“We’re trying to loosen up for cottage industries and home businesses,” Gordon says. “It’s all about finding balance.”

Nearly 2,000 miles away, in San Francisco, a coalition composed of residents, business leaders, retailers and trade associations is fighting the ordinance that passed there, according to Briant of NATO.

Called “Let’s Be Real San Francisco,” the coalition was formed to gather signatures to require the city’s board of supervisors to place a referendum question on an election ballot next year to let citizens vote for or against the ordinance. Under the city’s code, a 30-day period is allowed to collect a sufficient number of voters’ signatures for a referendum question; as of press time, the task was completed.

Now, San Francisco supervisors can consider three different outcomes. First, they can schedule the referendum vote for the next regular primary election, planned for June 5, 2018. Second, they could set a special election date earlier than the June 5, 2018, primary election date (a cost that San Francisco would need to cover). Or third, the board could consider repealing the flavor-ban ordinance without a vote from the public.

Some retailers remain optimistic but understand how deep the opposition runs. “An awful lot of people have a visceral hatred for tobacco,” says Tom Robinson, president of Robinson Oil, Santa Clara, Calif. “As smokers become more and more of a minority, they are getting abused more frequently.”

What Robinson finds absurd is that for most other adult choices, imposing a ban would result in public outrage. “If I was 21 or 31 or 41 years old, and someone told me I wasn’t capable of making my own choices, to say I was offended would be an understatement,” he says.

Still, personal responsibility aside, Robinson says consumers need to understand two important points: Prohibition of legal products can often lead to a loss of jobs, and any ban or new levy has unintended consequences.

For instance, any tax increase or new, burdensome cost to a retailer will probably be passed down to the consumer, Robinson says.

Regarding menthol bans, Dave Riser, vice president of external relations for RAI Trade Marketing Services, says, “Such rules are unwarranted and unwise. But our goal externally is to work with our trade partners to provide the right leadership, the right strategies and the absolute right resources to help protect and maintain this industry’s ability to compete.”

For its part, Altria says it opposes legislation prohibiting the sale of certain tobacco products. George Parman, a spokesperson for Altria Group Distributing Co., Richmond, Va., says, “It’s already illegal for kids to purchase any tobacco products, so the real-world impact of these types of regulations is to prohibit adults from buying the products they want.”

Parman says the c-store channel plays a key role with age-restricted products. “The vast majority of retailers sell tobacco products responsibly,” he says. “Government data shows social sources like friends and siblings are the most frequent way kids get tobacco products. This is why we require retailers participating in our companies’ trade programs to educate store clerks on how to check IDs and to place signs reminding adults to not buy tobacco products for kids.”

The FDA can do more to address those more socially oriented avenues of access, Parman says.

“These types of bans are also unfair to retailers because it shifts business away from some retailers to others not affected by the legislation, with no public-policy benefit,” he says.

With Minneapolis the backyard of NATO, Thomas Briant, executive director of the tobacco-outlet association, helped coordinate a number of activities to combat the city’s new menthol ordinance. A few of those steps: