Is your head rattling like a bobblehead over the recent spate of humongous industry deals? 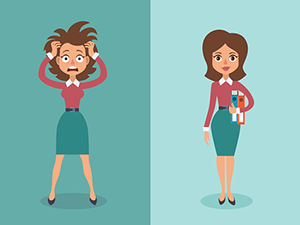 7-Eleven bought a sizable chunk of Sunoco’s retail network. Couche-Tard closed on CST Brands and then stunned the market with its purchase of 89-year-old Great Lakes powerhouse Holiday Stationstores from the Erickson family.

And don’t forget GPM’s Pac-Man-like gobbling up of small and moderate-sized players, Tesoro’s multibillion-dollar takeover of Western Refining and its SuperAmerica and Giant retail assets, Empire Petroleum’s multiple acquisitions over the past six months, and Delek’s takeover of Alon’s retail portfolio.

There seems to be no end to the M&A parade. The big difference between now and five years ago: That surge was sparked by the rise of master limited partnerships, whose fantastic capital and tax-favorable structure have been severely stunted by cheap crude oil and critical downstream misjudgments.

The recent deals have been powered by a force that is far more stable and likely to continue: a sweep of traditional players armed with fresh funds; private-equity companies with a solid grasp of the nuances that define convenience; a couple of solid MLPs; and the arrival of new investors.

This summer, my phone has been busy with calls from retailers wondering if they have a tomorrow, analysts trying to forecast our channel’s future, and some industry veterans pontificating about a convenience Armageddon.

I’ve recently been asked why retailers should be nervous and why they should be optimistic.

It’s no secret that c-store sales are soft, much like trends in the broader retail sector. In the past 52 weeks through mid-July, inside sales were up less than 2%, and not even 0.5% over the most recent three-month period, according to data from Bonnie Herzog, managing director of consumer equity research for Wells Fargo Securities, New York. Cigarette sales have dampened, and growth in carbonated soft drinks, excluding energy drinks, has dried up.

And while unemployment has rebounded, much of the growth is occurring in lower-paying jobs, which may seem like a boon for our sector but is resulting in excessive turnover at the store level.

The industry sales slump is but a hiccup. The bigger issue is consumer expectation, a more sophisticated M&A market and the rise of home delivery and preordering.

Many leaders in our industry are introducing hybrid concepts, ones that preserve speedy in-and-out transactions but also invite consumers to chill out, take a seat to enjoy a bite, text and use Snapchat. Rollouts by RaceTrac, Sheetz, Rutter’s and Spinx are but a few that will dominate tomorrow’s c-store landscape. And increasingly sophisticated mobile apps with purchasing power and customized loyalty are helping us fight for the business of fast-food customers with preorder incentives.

There is also a surprise in the “scared” section. Several of the industry’s largest companies have been acquired in the past 36 months. Publicly traded companies are under greater threat by increasingly impatient stakeholders. This played out with CST Brands, a solid performer that could not assuage investors demanding greater returns; and we’ve seen it with MLP titans, riddled with unimpressive dividends for their unit holders.

I predict we’ll see at least one more significant chain acquired by the end of the first quarter of next year, and possibly a second.

Some of you are reporting record years on the heels of historic performances in 2015 and 2016. From market expanders such as Wawa, QuikTrip, Maverik and Kum & Go to midsize five-star players Family Express, Parker’s, Rutter’s and Ricker’s, we are seeing plenty of great independent companies investing in new store designs, ambitious foodservice offerings, sophisticated social-media platforms and mobile loyalty programs.

And, most important, they’re investing in people. While Wawa and Sheetz are on a hiring blitz, other chains are quietly bolstering their benches with analytics departments, social-media experts and marketing mavens. They are studiously investing in the kind of talent that will ultimately compound earnings and optimize long-term value.

A comment from a recent conversation I had captures well this tension of fear and optimism. “I know there’s a problem in our industry with turnover. I hear it all the time, but I’m almost embarrassed to say I don’t have that problem,” a CEO of one midsize company told me. “Even though our markets’ economy are not great, we’re hiring from store level to back office. I’m really excited about our future, even though I’m not as confident about our industry’s future.”

Mitch Morrison is vice president and director of Winsight’s Retail Executive Platform. Reach him at mmorrison@winsightmedia.com.