A few days ago, I half-jokingly asked my 9-year-old nephew if he believes he has a healthy relationship with technology. “No,” he answered without pause. “I’m addicted.” I asked him why, and he replied: “The real world is so boring, and technology is right there and is so cool. ” 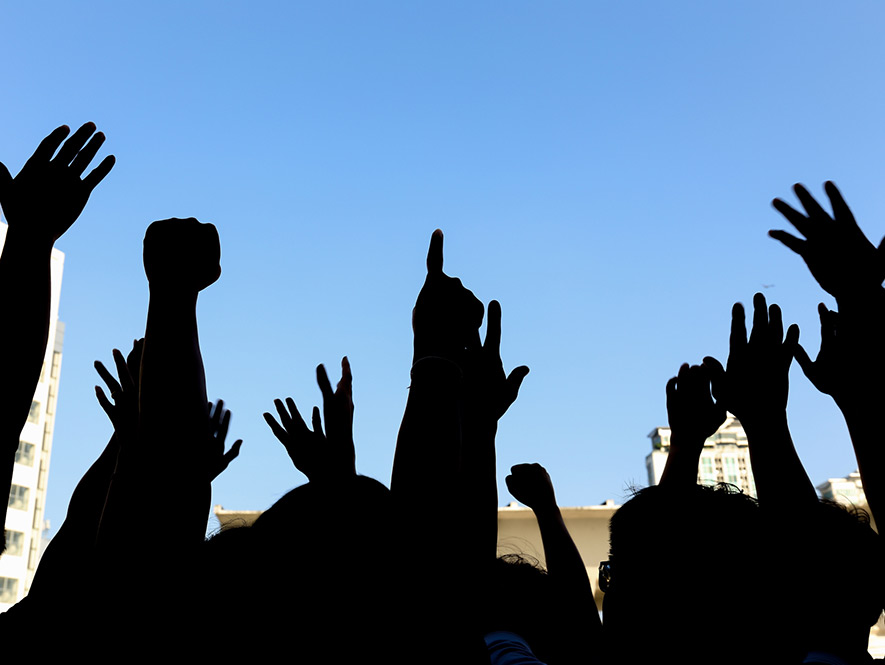 This led my 68-year-old mother, sitting across the dinner table, to pantomime heartbreaking tears into her plate of tacos.

OK, that was depressing. Or was it? Isn’t there something amazing about a child being conscious of his dependency on technology?

Because you know who isn’t at all aware of her own addiction to social media and smartphones? His baby-boomer grandmother, who sends me texts—nonstop and nonessential—when I know she’s out to dinner with my dad. Who will pop open solitaire on her phone midconversation, and will enter the social-media vortex until she’s near catatonic. My husband and I—Gen Xer and millennial, respectively—are not much better.

So is it scary that my third-grade nephew, a digital native and on the tail end of Generation Z, is self-aware of his tech dependency? No. It’s one of many ways Gen Z is just what this country needs right now—so long as we don’t break them along the way.

Who Will Save Us?

For as much as we’ve run millennials through the wringer, we’re already setting up Gen Z with the impossible task of saving us from ourselves. And so far, I’m OK with it.

Take the group Stanford Students Against Addictive Devices. They are taking Apple to task for its role in perpetuating our addiction, pushing for an “essential mode” that allows iPhone users to only place calls, text and take photos. They’re also urging users to change their iPhone and Android settings to grayscale (yes, you can do that) and use apps to track how much time they’re spending on their device.

But this goes way beyond technology. Consider the students of Marjory Stoneman Douglas High School, who, upon talking about the shooting that struck their lives, sounded way more like the proverbial “adults in the room” than the actual adults.

Morley Winograd, a senior fellow at the University of Southern California and co-author of three books on the millennial generation, was recently interviewed by The Washington Post about Gen Z. He made a point that resonates far beyond the here and now: “America usually gets the generation it needs when it needs it.”

In an era of staggering polarization, when portions of the population do not understand each other, much less communicate well with one another, this ethos is just what we need.

But you better believe Gen Zers are feeling the pressure. “If I had to sum up the generation in one word, it would be ‘terrified,’ ” said Jean Twenge, author of “iGen,” in an extensive report conducted by NBC News on Gen Z and mental health. Twenge’s research has found that Gen Zers are reporting higher levels of anxiety and mental health issues, as well as lower self-confidence than millennials.

At CSP and Winsight’s Convenience Retailing University, ethnographer June Jo Lee talked about the fluidity of Gen Z, how they aren’t interested in labels and would rather explore the reaches of who they are and allow that to change as they experience more. Attendees with Gen Z children at home concurred.

Let’s hope we can let Gen Z be themselves, and not overanalyze them and obsess over marketing to them. Gen Z is the great American wake-up call. So let’s listen.