We were knee-deep in research on Amazon and its risk-loving leader, Jeff Bezos, when the company opened the doors of Amazon Go late last year. The video that introduced us all to Amazon’s checkout-free concept is tantalizing—not only as industry members but also as consumers. But when the gee-whiz factor faded, one thought percolated in my mind: Will this technology ever arrive in Oshkosh, Wis.? 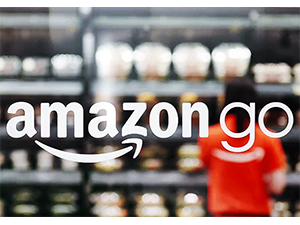 I grew up in Oshkosh, a city of about 66,000, halfway between Green Bay and Milwaukee. Oshkosh is an Everytown America, the “Main Street” often summoned by politicians on campaign trails. Major industrial players have ebbed and flowed in Oshkosh over the decades as they have elsewhere.

Can I see Amazon Go, or its likeness, ever opening its doors in Oshkosh, where the median household income is about $42,000? No.

What about my husband’s hometown, Rochester, Minn.? With a population of 110,000, Rochester is fueled by the Mayo Clinic, attracting top medical professionals and the world’s wealthiest inhabitants eager for the best care their money can buy—and metropolis-level experiences while they’re laid up. Could an Amazon Go open, and thrive, in Rochester? You bet.

The 2016 presidential election revealed a voluminous gap between the psyches of the American economic classes. Is this bifurcation permeating other places of our world, such as the retail experience available to consumers based on their marketplace? We still have an issue of bringing fresh produce to many neighborhoods—so how are we expected to deliver artificial intelligence to them? Just how much of the retail-tech revolution will be available to the masses, most of whom are your customers?

The c-store industry is one of the few retail segments that doesn’t have tiers of national brands that set up shop based on marketplace income brackets. (Think Aldi vs. Whole Foods.) Sure, there are some regional players that, based on their neighborhood, have a more elevated shopping experience.

Take Loop’s sleek stores, found around San Jose, Calif. (By the way, click here to see the latest.) Or Parker’s classy Savannah, Ga., spot. But those are far and away the exceptions to a vast and far-reaching norm.

Is Amazon Go a harbinger of the rise of a specialty c-store segment, one not necessarily (but possibly) tied to fuel, but with a focus on impulse, fill-in and services such as click-and-collect, with technology that simply isn’t possible for our broad industry?

The Other Side of the Counter

Amazon’s brick-and-mortar stretch affects middle and lower classes in another way, too: jobs.

Tech innovations have always yielded winners and losers, but in the long run, according to a recent paper by The Hamilton Project, an economic policy initiative at the Brookings Institution, “new technology has tended to create more jobs than it has destroyed, while increasing society’s productivity and wealth.”

In the 20th century, the proportion of the U.S. workforce in agriculture fell from 41% to 2%, according to the report, which was recently dissected by Forbes in a column titled “Amazon Go Doesn’t Have to Be the End of the American Dream.” Yet there was no long-term increase in the unemployment rate. Agricultural output grew, and more people joined the labor force. But instead of tilling the fields, they were holding jobs that didn’t exist at the turn of the century—and for better wages.

But the shift didn’t happen organically. The decline in agricultural jobs led to the “high school movement,” which required everyone to attend school until the age of 16. It was expensive, but, as the report states, “it better prepared workers for 20th century factory jobs and fueled the explosion in college attendance after World War II.”

Even if the disruption of artificial intelligence and robotics in the workforce will work itself out in the long term, the country must come up with ways to shepherd we flesh-and-bones people into the new world. This technology will largely affect lower-wage workers—ironically, those same employees who, as consumers, may also not experience the bright and shiny new world of a tech-based retail experience. How much will technology bifurcate our industry?

As whiz-bang consumer experiences appear and economic and psychographic gaps grow, our industry—and our core customers—sit right on the rift.