When I was right out of college, I moved to Chicago and got a gig waiting tables at a storied private club on Michigan Avenue. It was the kind of place that served domed platters of chateaubriand and tableside-tossed Caesar salads. 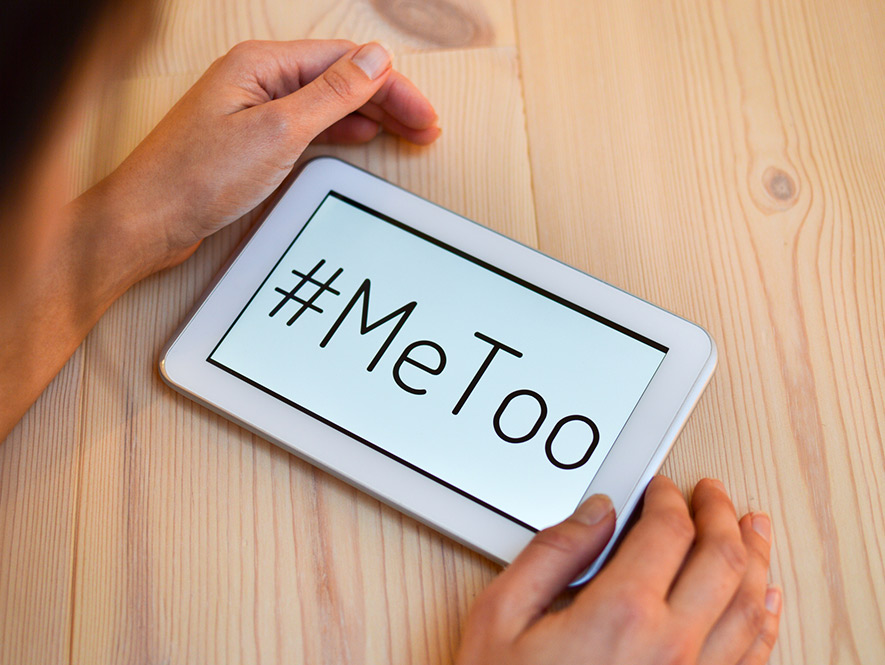 I wore a bowtie and a scratchy polyester vest to serve lunch to Mayor Richard Daley and set up tables for press conferences for U.S. Senate hopeful Barack Obama.

I worked there about a year before I got my first magazine job and, in that time, I filed five incident reports of sexual harassment I received from club members, co-workers and bosses alike. Men who tried to pin me into a corner of compliance with threats of losing my job or, in one case, an actual corner in a deserted room.

Since then my personal experience with sexual harassment has waned, for a couple of reasons.

I began altering the way I communicate with men in certain settings. Over the years, and especially in my 20s, I started to present myself in a way that I thought would remind whomever I was talking to of their daughter. People want the best for their daughters. They want them to succeed, and they want them to be safe.

I also found myself shutting down an interaction if there was even a whiff of it going in a direction I didn’t want. I’d simply find a way to smoothly end it. The conversation may have been innocent, but I wasn’t going to stick around to find out.

For those of the opposite sex who are worried about how they should act around their female peers, I know how you feel. I, and many other women, have had to be conscious of how we act in front of you for decades.

There’s also a third factor at play, and it’s far more alarming: The incidents have decreased because my social power has grown. I am no longer a 22-year-old woman waiting tables. I am a 37-year-old woman running an award-winning magazine.

This strikes at the core of the issue: recognizing power, who has it and how they use it.

Harvey Weinstein is the biggest name to date to be taken down in the sexual harassment crisis—biggest not just because of his stature in the entertainment industry but also for the people whom he harassed and the very strategic, calculated methods he went about in going after them.

Here, too, power comes into play. Weinstein’s career was at its apex in the 1990s. He changed the power and impact of awards and how it could fuel money for production companies.

He brought a level of edge and artistry to Hollywood and, again, cash for the companies that funded it. It was also when much of the allegations against him occurred—when he could make or break a career in a snap.

Listen, we can’t solve this crisis anytime soon. But we can start, and here’s how.

Know your position of power in society. Don’t deny it, and don’t feel defensive about it. Just accept the reality of it. And eventually, start using that power for good—by calling out harassment when you see it and developing inclusive workplaces. (Click here to read more on that.)

Next, talk about it. If someone confides in you that they’ve received unwanted sexual advances, be there for them. Support them and believe them. Tell them, “I am sorry this has happened to you. What can I do?” Don’t try to figure out why it happened, or what they could have done differently—not even in your head.

And if you’ve been sexually harassed, find someone to talk to. Call me. I’d be honored to be the one to tell you, “I believe you, and I am sorry.”