We operate in an age in which everything is big: big data, big ideas, mega deals, supersize meals. Corporate executives task their teams with delivering big results, and investors expect big returns. 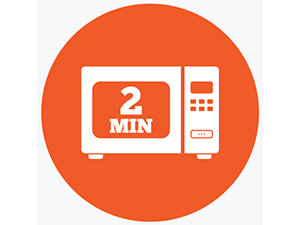 Many convenience foodservice programs are undergoing major overhauls involving big changes to menu offerings, operations, sourcing, staffing, training, packaging, marketing and merchandising in pursuit of substantial performance gains. While those broad, sweeping changes may well be necessary to move the needle on foodservice sales and profits, one can also make the argument for thinking, and acting, small.

Seemingly tiny tweaks to a foodservice program can yield big results. Consider the effect of McDonald’s return to the use of butter instead of margarine on its Egg McMuffin sandwich early last year. The sandwich saw double-digit sales gains through the third quarter, and the move contributed to the burger giant’s return to positive same-store sales trend territory.

OK, so changing an ingredient across more than 14,000 locations is no small feat, but it is a minute undertaking in comparison to launching an entirely new sandwich offering. And the result was increased guest satisfaction and sales.

Small changes can also reduce costs, thus improving margins. Veteran restaurant and foodservice operator Stan Novack, executive vice president of development and operations for the Sammy’s Beach Bar and Grill concept and whose lengthy career also includes concept development posts at HMS Host, early in his career decided to remove a single slice of tomato from a sandwich, which significantly reduced costs with no negative feedback from the guest. Since then, he has looked for the dollars in the details, but always with an eye on preserving the diner’s satisfaction.

Seemingly small moves can also improve the guest experience. On a recent early morning road trip, I stopped into a convenience store I’d never visited before to pick up breakfast items. After perusing the menu board, I asked the team member behind the counter for one of the breakfast sandwiches.

“Oh, no,” she replied, pointing over my shoulder. “You get those over there, in front of the beer cooler.” A bit perplexed that items on the menu board weren’t available in the foodservice area, I made my way to the large open merchandiser she indicated. I circled the entire thing and eventually found a small offering of cold wrapped breakfast sandwiches, identified as such only by the stickers on the wrapping—with no signage.

Selecting a sandwich, I looked around for a microwave to heat it in. Seeing none, I looked for any type of instructions on next steps. Finding none, I wandered back to the foodservice counter and held up the sandwich, asking, “What’s next for this?” Smiling, the same clerk took the sandwich, saying a staff member would heat it in the microwave.

What a difference a few small signs would have made. Language on the menu board directing customers to the cold merchandiser, with an invitation to return and have their selection gladly heated by the staff, would have saved me precious time and possibly turned me into a raving fan of the store. Instead, I was in the store more than five minutes and left more than a little annoyed.

Similar signage at the merchandiser about the heating process would help those who navigated first to the sandwich selection, speeding up their visit and ramping up their satisfaction.

Little things do matter; customers appreciate attention to details. Who isn’t grateful when a Starbucks barista places a green plug in the opening of your coffee-cup lid on a frigid morning to ensure the beverage holds its heat once you walk out the door? Or extra napkins in the to-go bag that holds your lunch burrito?

Anything that demonstrates you have looked at the foodservice experience through their eyes—that you’ve actually navigated the path to purchase as a customer would—and have identified little fixes to streamline the process or add a touch of hospitality makes a positive impression that will likely ramp up that customer’s satisfaction and intent to return. And that can translate into big dollars.