When Amazon’s Seattle convenience store, Amazon Go, eventually opens to the public, it will do so with both beer and wine on its shelves. 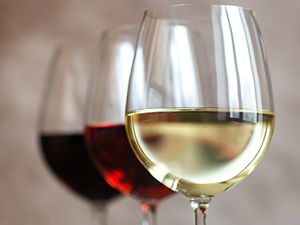 Amazon’s not alone. More c-stores across the country are diversifying and expanding the alcohol beverages they carry, propelled in part by changing liquor laws at the state level. Such was the case in Pennsylvania last summer, when the state both eased up on restrictions on who can sell beer and wine and made 50 lapsed licenses available (so-called zombie licenses). Pennsylvania also decreed last year that wine could be sold from stores with a restaurant license, defined as a location with seating for 30 and at least 400 square feet of restaurant space—something more c-stores are adding.

Rutter’s Farm Stores, York, Pa., was up and running with beer sales by Sept. 30, and Sheetz, Altoona, Pa., also started selling wine. This spring, Rutter’s added wine to one store, in Newberrytown, Pa., and plans to expand that quickly.

Further fueling opportunities in the alcohol-beverage category are younger adult consumers, who are picking up habits unique to them:

They’re also proving to be a great add-on impulse buy, says Derek Gaskins, chief customer officer for Rutter’s. “The main benefit is the c-word: convenience,” he says. “Now they don’t have to search it out, and they can now make one trip to get fuel, food and essentials like beer and wine.”

The Size Is Right

To fill its new wine section, Rutter’s targeted the top-selling SKUs and brands in the state, with varietals from a mix of countries. “I tried to use different sizes to broaden the depth of this category,” says Robert Perkins, vice president of marketing. He merchandises 750-mL and 1.5-liter bottles and 3-liter boxes of wine.

A variety of pack sizes is likewise key for Alon Brands, the largest licensee of 7-Eleven stores operating 304 locations in the West Texas and Albuquerque, N.M., markets. The stores carry an array of wines in packaging that includes bottles (750 mL and 187 mL), cans and 500-mL Tetra Paks. Chris Kaden, category manager of beer, wine and liquor for Alon, says the Tetra Paks do the best “because of the convenience factor and price point.” They are also an ideal size—equivalent to about two glasses of wine—and unbreakable, and consumers can drink right from the package, he says.

For wine, the popular 187-mL bottle, frequently carried four to a package, has a 2% share in other channels but a 13.3% share in c-stores; the alternate Tetra Paks, usually in a 500-mL size, have a 1% share in general but 7.7% in the convenience channel.

Alon’s 7-Eleven stores in Texas all carry wine but no liquor. In New Mexico, 20 of Alon’s 37 stores carry wine and spirits, because the number of liquor licenses is capped.

“We are always looking for new ones because the stores with licenses have a much better total alcohol category,” Kaden says. “I think it’s because customers can buy multiple things at one spot so it’s more convenient for them.”

Kaden recently started doing double facings of wine, allowing him to stock an entire case of wine onto the shelves instead of half.

This freed up space in storage and helped prevent overordering in the event an employee didn’t realize a half-case was there.

In New Mexico, Kaden’s sites carry premium brands of major spirits in multiple sizes. “So we could have the same brand in three or four sizes,” he says. “The more popular brands we carry more of because people are buying for different occasions, though the 50-mL is probably the best-selling size.”

All 66 Stinker Stores in Idaho carry wine, but selection varies between the stores.

“It’s the middle-of-the-road table wine that sells,” says COO Steve Watts. However, a few of the Boise-based company’s stores do carry some high-end bottles. The price point averages $9 to $12 per bottle.

Those midlevel wines also resonate with customers of wholesaler Core-Mark, South San Francisco, Calif. Michael Caporusso, director of marketing, says customers are looking for quality wine at low- to midlevel prices and products with recognized brand names. “We see it as an impulse purchase—that shopper is looking for a product they’ll drink that night or the next day,” he says.

Where Are the Drinks?

What’s essential for selling alcohol in a convenience store is making that area of the store into a destination, Caporusso says. Merchandising should open up the category to impulse buys and drive awareness around unexpected products such as wine.

Stinker keeps some white and sparkling wines in the beer cave or behind cooler doors, and sometimes they’re in open-air coolers during summer months, cross-merchandised with cheese and other picnic-ready snacks.

Alon tries to put wine in areas with high foot traffic, “because of the impulse nature of it,” Kaden says. He also includes some cans of sparkling wine on suction cups on the doors of the beer coolers, but he can’t afford to give up beer space for them.

Rutter’s is devoting 12 linear feet to its wine sections and using racks for merchandising to feature as many varieties as possible.

The wine is in a licensed area next to the beer cave to create a destination for adult beverages.

When it comes to promos, Kaden has learned it’s better to focus on just one or two wine promotions a month. “That helps my blended margins when I have less on promotion, and also it’s much more clear to the consumer,” he says.

For liquor, he almost always offers two 50-mL bottles for $2.50, which make his stores a destination, he says.

Alon’s sites in Texas have only inside advertising for alcohol, but in New Mexico Kaden can extend that to the stores’ exteriors.

When a store in New Mexico gets a new license, he places banners outside. “Inside the store, we put signs on the cooler doors when we’re close to having [the license] authorized,” he says. Once the first delivery is made, he puts up point-of-sale items, including shelf tags and static clings.

Because wine is so new for Rutter’s, the chain is going all out. It will display flag pennants in the parking lots of the stores that carry it and use window signage, too. Inside, the stores have five digital screens above their beer caves to highlight the selections. These face the entrance, encouraging awareness and impulse purchases. The stores will also use sight-level signage and road-level signs, as well as digital messages on the pumps.

Wine and liquor sales are growing faster in the c-store segment than anywhere else, says Brager of Nielsen. As liquor laws loosen, more suppliers focus on convenient packaging and younger consumers continue to shift buying norms, the opportunity should only flourish further.