This does not seem like the dawning of an age of carbon regulation. 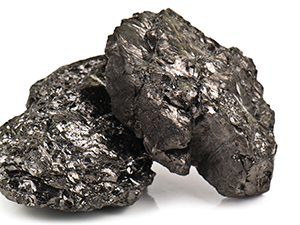 In May, President Trump announced the United States was exiting the Paris climate agreement, after tweeting that the concept of global warming was a hoax “created by and for the Chinese.” His head of the Environmental Protection Agency, Scott Pruitt, has likewise dismissed climate science and pledged to help the carbon-intensive coal industry regain its footing.

And yet carbon regulation may be more of a reality now than at any time during previous administrations. For one, bipartisan support is slowly building. In February, a group of Republican officials, including James Baker, former secretary of state for President Bush, and Henry Paulson, former secretary of the treasury, proposed the idea of a federal carbon tax to Trump administration officials. Their proposal, “The Conservative Case for Carbon Dividends,” would levy a $40-per-ton fee on carbon.

While the White House said it is not considering the proposal, some of the president’s advisers, including his daughter Ivanka Trump and economic adviser Gary Cohn, support climate action. Secretary of State Rex Tillerson, former head of ExxonMobil, and Department of Energy chief Rick Perry argued for the United States to stay in the Paris climate agreement. And Tillerson’s successor at ExxonMobil, Darren Woods, along with the CEOs of Royal Dutch Shell, BP and other major oils, have advocated a carbon tax.

Finally—and perhaps most important—the aggressive anti-climate stance of the Trump administration is raising the potential for state-level action, particularly in regions with blue-leaning governorships and legislatures.

“In the absence of the federal government, states are going to take the action,” says John Eichberger, executive director of the Fuels Institute, Alexandria, Va. “It happened with menu labeling, [and] it’s going to happen here.”

The first places to look for carbon regulatory action are the 10 states that have adopted the Zero Emission Vehicle (ZEV) program, which originated as a California regulation and aims to push automakers to offer more electric vehicles (EV). Beyond California, the other nine states that have committed to the ZEV program are Connecticut, Maine, Maryland, Massachusetts, New Jersey, New York, Rhode Island and Vermont on the East Coast, and Oregon on the West Coast.

“Chances are they’d be the first to go to some sort of advanced carbon-control mechanism,” says Eichberger. California has already led the pack with its Low-Carbon Fuel Standard (LCFS), which was signed into law in 2007 by then Gov. Arnold Schwarzenegger and aims to reduce the carbon intensity of the state’s transportation fuels by 10% by 2020.

California is attempting to reach this goal by setting up a credit framework, similar to the Renewable Identification Numbers (RINs) under the Renewable Fuel Standard.

It assigns each transportation fuel a carbon-intensity score. Fuel producers and importers must take these scores into account as they aim to hit a fuel-pool carbon-intensity target for each year. Those who exceed the target must buy LCFS credits to make up the difference. (Most fuel marketers and retailers are not obligated parties in the LCFS, but they would see any cost increases refiners and suppliers pass on.)

Despite fears of a $1- to $2-per-gallon increase on gasoline prices, the LCFS appears thus far to have had only a minor effect. A court challenge tied up the rollout of more aggressive carbon-reduction goals, reducing pricing pressure for the credits, which have trended around $80 to $90 per ton. This has translated to a 4-cent-per-gallon (CPG) increase from the LCFS, according to David Hackett, president of energy consulting group Stillwater Associates, Irvine, Calif.

“There’s been more overcompliance than originally anticipated, but that’s because the demand for carbon-intensity reduction has been lower than anticipated,” Hackett says. “That’s about to change.”

The result? Assuming that credits hit their price cap of $215 per ton in 2020, the additional cost to gasoline from LCFS would zoom from 4 to 24 CPG.

Meanwhile, California also has a cap-and-trade program, which sets a greenhouse-gas limit, or cap, on hundreds of industries responsible for most of the state’s emissions. This cap is set to decline 3% annually from 2015 to 2020. Companies use emission allowances to cover their emissions and can buy additional ones on the open market. Current cap-and-trade costs for gasoline are about 11 CPG and are expected to rise 4 CPG by 2020, Hackett says.

If you ask a California refiner or fuel marketer which system they prefer more—LCFS or cap and trade—many would favor the latter, Hackett says. That is because the cost of cap and trade is more transparent. For example, some fuel suppliers have broken out an LCFS charge on their invoices to retailers, while others have decided not to.

Whether LCFS, cap and trade or carbon tax, “everyone will increase costs,” Eichberger says. “What retailers like is if costs are going up, be transparent about it.”

In the case of the LCFS, the truth is difficult to tease out because of the lack of transparency along the supply chain. The Fuels Institute is commissioning a study on the LCFS, slated for 2018, to dig into how the program has played out, and what retailers have done to comply.

“So there’s this murky justification: Is it working? What are people actually paying for?” Eichberger says. “In that respect, transparency comes from a carbon tax; everyone knows what it is. The tax was ‘X,’ and that’s why prices are going up.”

A more transparent carbon tax may soon make its U.S. debut on the East Coast, where legislators in four states—Massachusetts, Connecticut, Rhode Island and Vermont—have introduced legislation. Massachusetts is the furthest along in the process. In that state, two different carbon-pricing bills are before the state House and Senate with a total of 80 sponsors, or about 40% of the legislature, according to The Washington Post. This would be 32 more sponsors than a similar, failed 2015 proposal.

“Last year was an educational opportunity,” Rebecca Morris, communications director at the Massachusetts Campaign for a Clean Energy Future, told the newspaper. “People were still learning about the concept [and] the bill.”

The Senate bill proposed by state Sen. Mike Barrett is revenue-neutral, meaning any money raised from the fee would be returned to consumers in the form of tax credits, quarterly dividend checks or similar means—a feature that aims to gain public support for the fee and take the financial pressure off low-income families. The House bill, proposed by state Rep. Jennifer Benson, would invest 20% of the carbon fee’s revenue in green infrastructure and clean energy.

And in Vermont, four bills sponsored by Democratic legislators are under development that would institute a carbon tax. All, as in Massachusetts, are revenue-neutral.

Price at the Pump

What effect would a carbon tax have on gasoline prices? According to an analysis by the Urban Institute and Brookings Institution, a $10-per-ton tax on carbon dioxide, the most prolific greenhouse gas, would increase the pump price by about 9 CPG.

In Canada, the federal government has mandated that all provinces must implement their own carbon-pricing framework—either a tax or cap and trade—by 2018, or adopt the national model. Alberta, which is expected to reflect the national approach, began implementing a $20-per-ton carbon tax in January 2017 and will raise it to $30 in 2018. So far, it has increased gasoline prices by an estimated 4.5 cents per liter—the equivalent of about 17 CPG—according to The Canadian Press.

While the implications of carbon regulation are still playing out, the motivation to act on the state and local level is becoming increasingly clear.

“There is momentum and an appetite to do this a little bit more widespread,” says Denton Cinquegrana, chief oil analyst for Oil Price Information Service (OPIS), Wall, N.J. “[The Republicans] want to kick more rights down to the states from the federal platform. Some states, especially those with Democratic governors and that are more progressive, will look seriously at cap and trade.”

Consider it a resistance movement that will begin on the coasts, led by California and Gov. Jerry Brown.

“I see Washington declining in influence but the momentum being maintained by California and other states aligned with China and those who are willing to do something,” Brown told the Los Angeles Times, saying that a “countermovement” is in order.

“We are doubling down on our commitment. We are reaching out to other states in America and throughout the world and other countries. … We have plenty of fuel to build this movement.” 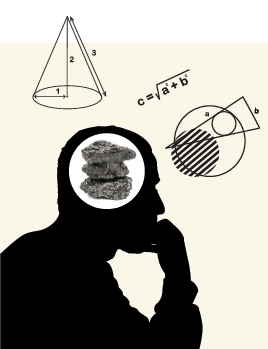 “It is safe to assume a carbon tax of some sort is in our future, even with a Republican presidential administration and Republican Congress,” says Joe Petrowski, former head of Gulf Oil and Cumberland Farms and founder of Mercantor Partners, Framingham, Mass. “The only major uncertainty: Will it be a straight tax or a system of cap and trade?”

It’s not that the federal and state governments will be motivated by “environmental angst,” he says. Instead, the momentum for the tax will be driven “by revenue lust and the ability to distribute favors in implementing the tax—the favorite business of government.”

Petrowski points to one revenue need in particular: infrastructure funding. The Highway Trust Fund is continually in the red as more fuel-efficient vehicles squeeze out the same amount of travel with less fuel.

“If you assume a price on carbon dioxide (CO2) of $20 per ton, and with the United States producing 6 million tons of CO2 per year, it is a nice $120-million-per-year reoccurring revenue stream for a political class that cannot resist new sources of revenue,” says Petrowski.

At $20 per ton or about 1 cent per pound, this would add about 20 CPG to the price of gasoline and 23 CPG to diesel—an amount he considers acceptable to the consumer at a time when fuel prices are at historic lows.