It is a curious characteristic of this current economic recovery: Even as unemployment has fallen to prerecession levels and economic output has beaten economists’ growth expectations, wage growth has been relatively flat. In fact, it has been barely-above-inflation flat. 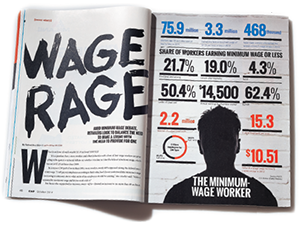 “People are frustrated about the fact that even though the economy has largely recovered, with the unemployment rate down to the range of full employment, wage growth has been so very weak, barely above 2%,” says David Nelson, professor of economics at Western Washington University, Bellingham, Wash. “On average, workers are not feeling financially better off.”

At the same time, another key indicator of economic health—the labor-force participation rate—also has lagged. Just before the recession, more than 66% of the working-age population was either employed or actively looking for a job, according to figures from the U.S. Bureau of Labor Statistics (BLS). That percentage in June hit an all-time low of 62.6% and stayed there through the summer.

This is unusual because June is typically a strong month for labor force growth. According to a Bloomberg analysis of BLS data, June has averaged 1.35 million new workers annually for the past decade. In June 2015, only 564,000 made the leap to employment. So could wage growth facilitate labor force participation?

“There is some evidence that it will take an increase in wages to help that labor-force participation turn around—and I’m really speaking of it in relative terms,” says Nelson, pointing out that an aging U.S. population has hard-wired a long-term decline into the labor force participation rate.

And that wage increase is just a matter of time, Nelson says: “It’s coming; I don’t think we can continue to have a situation where the unemployment rate keeps dropping without there being a need for firms to find more workers.”

He expects the sharpest acceleration at the lowest end of the wage spectrum, especially as public opinion mounts behind increases in the minimum wage at city, state and federal levels. At that point, it will be decision time for retailers.

“Most firms won’t [raise starting wages] until they’re faced with the need to do it because … they’re not able to retain workers at the class and skill level they want,” he says. “Or legislatively they’re ordered to do it.”

One city on the forefront of the issue is Seattle, which passed a stepped minimum-wage increase to $15 per hour by 2021. This would give it the highest minimum wage in the United States. The first step came in April 2015, when it rose to $11 per hour.

For Seattle-based Car Wash Enterprises Inc., which has 12 Hungry Bear Markets c-stores and more than 40 Brown Bear car washes in Washington, the increase will gradually but surely transform its operations.

“As a general rule, I don’t think the government should be telling us where to set our wages,” says Lance Odermat, vice president and general counsel. “I think it should be based on the discretion of each business, their labor unions and their cost structure.”

The company’s base wage is $12 per hour, and as a result, its payroll is “quite high” compared to the rest of the industry, Odermat says. That’s because the company believes by paying higher wages, it gets better help.

Seattle has a “red-hot economy,” Odermat says. It’s home to big corporations such as Starbucks and Amazon, with Microsoft and Costco nearby. And the job market is tight. “Even paying higher than [minimum wage], we are still having difficulty finding good-quality help,” he says. “There also seems to be a real shift in the work ethic of the younger generation entering the workforce. It is hard to find good quality help, and I’m not sure the increase in wages is going to help that.”

But there are obviously real business implications for a wage increase. For example, a $15-per-hour minimum wage totals well over $16 per hour for the employer, after factoring in payroll taxes, unemployment insurance, department of labor insurance and other business expenses, Odermat says.

The increase, he says, will put increased pressure on smaller operators. Even for a midsize company such as Car Wash Enterprises, the increased costs will have an effect. It already increased its prices at the car wash and in the store in 2014, and it plans to do so again in 2015. Meanwhile, it is considering other ways to minimize labor costs.

“We are continuing to look for ways to automate our business and reduce our labor needs,” Odermat says. “So this minimum-wage increase is going to further drive automation.”

Car Wash Enterprises’ wage philosophy—pay more to get more—is still shared by the minority of retailers in the c-store industry, Nelson says. This minority views employees as a strategic asset and is willing to offer higher wages to attract the best class of workers. Assuming it pays more than the market average, it would also make it more difficult for these top-of-the-line workers to leave.

“These retailers hope the strategy works by driving more sales to stores, less turnover, theft and all the costs go with that, and overall higher productivity,” Nelson says.

The most prevalent model in the c-store industry is to pay what the market requires and no more. But even that is undergoing a slow evolution.

Combating minimum-wage increases was NACS’ top cause 25 years ago, says Lyle Beckwith, senior vice president of government relations. More recently, NACS, at the behest of its board of directors, has chosen to not lobby against the issue.

“It shows how the industry has evolved, from little stores selling stuff to businesses that are much more complicated, integrated with restaurants requiring associates who have more skills,” Beckwith says. “Because of that, the industry has evolved and looks to getting more than just bodies in the store to ring the cash register.”

From an economic perspective, “minimum wage doesn’t hold water,” he says. “You pay what you need to get what you want.” That said, retailers who sit on the NACS board are already paying above the minimum wage; for that reason, it was becoming complex to fight the issue.

While NACS does not support mandates, it believes there is a greater return in helping its members deal with labor laws than getting in the way of those who want to recruit higher levels of talent. “There can be mixed messages,” Beckwith says. “There’s trying to get a certain level of employee vs. fighting the minimum wage.

“The minimum-wage debate is about getting bodies for the cheapest rate, and that’s not the direction we’re headed.”

For many state-based industry associations, however, the minimum-wage fight is not over. The Mid-Atlantic Petroleum Distributors Association Inc. (MAPDA), Annapolis, Md., is fighting proposed and passed minimum-wage increases in the District of Columbia, Maryland and Delaware. In Delaware, for example, pending legislation would raise the current minimum wage of $8.25 per hour to $10.10 or even $15 per hour.

According to MAPDA executive vice president Ellen Valentino, the group and its members believe the market should set the wage. “It costs jobs. It forces employers to make tough decisions,” she says. “You have reduced hours worked, operational hours can be reduced and prices need to be increased.”

Mike Marcotte, owner of Jimmy Kwik, a c-store in Newport, Vt., says the increases have been tough for small businesses such as his to stomach. “We’re working more and cutting back on hours to try to make up for that increase,” says Marcotte, who runs the business alongside his wife and five employees.

“As it goes forward, we’ll probably do more. Probably that’s what’s happening in a lot of small mom-and-pops.”

The store has raised prices in its deli to help cover the increased costs. But while the minimum-wage increase has required tough choices, it has proven not to be as onerous as other recent legislation affecting small businesses in the state.

“At least with a minimum-wage increase, it’s predictable—you know going forward what to expect,” says Marcotte, who also serves in Vermont’s Montpelier-based citizen legislature. “But every time the legislature goes in session, you don’t know what they’re going to do to stymie business in Vermont.”

In April, the state House passed a bill that requires employers to offer a minimum of three days of paid sick leave. In July, the legislature passed a 6% sales tax on soft drinks.

“If we have to increase prices, we can do that,” Marcotte says. “But tax increases, property tax increases—those are things we can’t plan on, so it makes it tougher for us to come up with a strategy for absorbing it or working it into our bottom line.”

Beckwith says NACS is focusing its energy on fighting recent Department of Labor (DOL) moves, such as its proposed changes to overtime pay eligibility. In July, the DOL proposed raising the pay threshold under which employers would be required to pay overtime from $23,660 per year to $50,440.

“That has fairly serious implications for c-store operators whose managers and assistant managers are earning below that,” Nelson says. “The expectation for those workers is that they would be working more than 40, 50 hours a week. That will impact costs.”

Another big fish: the DOL’s guidance from July that would restrict employers’ ability to classify a worker as an independent contractor vs. an employee. This could require employers to provide health insurance to these reclassified workers under the Affordable Care Act, and it would heavily fi ne any who misclassify a worker.

“There’s a whole litany [of proposals that] interact with each other,” Beckwith says. “Add the minimum wage and you create an upstream swim for businesses.” —Additional reporting by Angel Abcede and Maura Keller 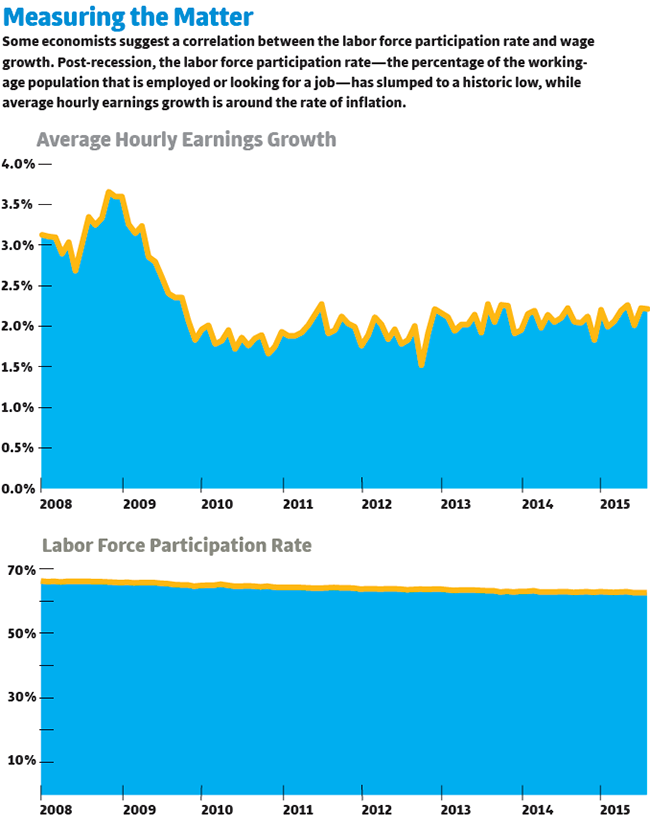 Speedway Sale Closing Is ‘Down to Weeks’