What are the odds that 2017 will see an increase in state fuel-tax increases? If it follows a recent pattern, the odds are looking pretty good. 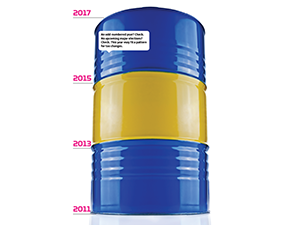 “If you go back to 2013, we’ve seen a significant group of states—19—enact gas-tax increases or reforms of some type. In many cases, these are states that have gone years or even decades without adjusting their fuel-tax rates,” says Carl Davis, research director for the Institute on Taxation and Economic Policy (ITEP), Washington, D.C.

“If there’s not an election in November, then more policy seems to be enacted in general on taxes or other issues,” says Davis. “Lawmakers feel like they have more breathing room; they don’t have to be campaigning at that moment.”

Take 2016: The only legislative change to a flat gas-tax rate was in New Jersey, which implemented a 23-cent-per-gallon (CPG) increase after three decades of stasis.

About a dozen states are debating a 2017 jump, including Alaska, which has not raised its gas tax in nearly 47 years and has the lowest levy in the country. It is considering tripling the tax from 8 cents per gallon (CPG) to 24 CPG over two years. And Tennessee, which has not raised its tax in more than 27 years, is debating a 7-CPG increase to its 21.4-CPG gas tax. Others debating an increase are Oklahoma, Mississippi and Louisiana.

With gasoline prices expected to stay relatively low for 2017, the environment is even more hospitable to increases.

Many states that have raised their gas tax or are considering an increase are trying to play catch-up because their flat CPG tax has lost spending power over time through inflation. Davis likens it to a retailer that promises to not raise its prices for 20 years in a row.

“If their rent goes up, labor costs go up, or cost of goods goes up, they’re going to find themselves going out of business,” he says. “It’s the same thing with the gas tax: If you levy the same base gas-tax rate for 20 years in a row, that gas tax doesn’t buy nearly as much asphalt, machinery and labor as it used to.”

According to ITEP, 30 states and the federal government have fixed-rate gas taxes. More than 20 states have not raised their rate in at least a decade, and 16 have not made a change in two decades. The federal tax, meanwhile, has not changed from 18.4 CPG in more than 23 years.

Although tax increases of any kind can be politically toxic, those affecting fuel tend to be more benign. Several states that have raised their fuel taxes in the past three years have been led by Republican governors or a Republican-controlled legislature.

Another reason fuel-tax increases tend to have more bipartisan support: They often get support from the business community. Although a higher tax can raise the cost of shipping goods, the fact that it will improve transportation infrastructure has benefits to businesses’ bottom lines. Improved, expanded roads mean trucks are stuck in traffic less frequently. Sturdier bridges mean heavy trucks do not have to deal with weight limits as often and can pick faster routes to their destination. It’s for these reasons that national and state chambers of commerce often actively support fuel-tax increases.

Beyond increasing or changing their gas tax, some states are considering a radically different approach: a vehicle-miles-traveled (VMT) tax, which charges the driver based on how many miles he or she drives. The upshot of a VMT tax is it would apply to all types of vehicles: those powered by gasoline, diesel and alternative fuel, including electric vehicles (EV).

Oregon has been testing the VMT model for the past 15 years in two separate pilot programs. In 2015, it launched OReGO, a voluntary program that charges participating drivers 1.5 cents for every mile they drive, in lieu of the state’s 30-CPG gas tax. It has fewer than 900 active participants, but a state task force has recommended expanding the program to all new vehicles above a certain fuel economy.

“In general, they’re finding the technology is fairly reliable, and when people become more familiar with the program, support tends to grow with it,” says Davis. Critics of VMT cite privacy concerns; some do not want the government to know how much they drive or where they are going.

Oregon has tried to address this by putting private vendors in charge of collecting driving data and billing participants. California launched a test in July 2016, but it allows participants to pick how their miles get tracked—either through a GPS device or by buying a decal for a certain allotment of miles.

Another snag: Assuming both a VMT tax and gas tax were designed to raise the same amount of revenue, a VMT model would be less expensive for gas guzzlers and more expensive for highly fuel-efficient vehicles, such as a hybrid (see infographic below). Also, a VMT’s revenue-generating ability would run counter to toughening fuel-efficiency requirements under the Corporate Average Fuel Economy (CAFE) standards.

Davis describes VMT taxes as “a promising idea whose time hasn’t come quite yet.”

That’s because the problem it is designed to address—more people driving electric  vehicles, and thus not paying gas taxes that fund infrastructure—has not yet arrived. Less than 1% of new vehicle sales in 2016 were of EVs, according to the U.S. Department of Energy (DOE). This share is expected to remain small at least for the next decade.

Meanwhile, nearly a dozen states have imposed annual fees on EVs, ranging from $50 to $300, to support their road usage, which the analyst considers “rough justice.”

“Charging every EV owner the same flat fee no matter how much they drive—that’s not the ideal in terms of calibrating the tax to a driver’s usage of roads,” he says. It’s an imperfect tool for the “period of transition” vehicle transportation technology is in as it moves from mostly gasoline-driven to more electric-focused. Davis does not expect these fees to be a cornerstone for how government funds infrastructure in the long term.

It may not be sexy, but the gas tax is an effective means of funding infrastructure— assuming it’s adjusted to reflect inflation.

There is a “very high chance” that multiple states will raise their gas taxes in 2017, says Davis. He cites Alaska, California, Tennessee, Indiana and South Carolina, all of which have gone decades without raising their gas tax, and where the governors and lawmakers are seriously discussing changes.

In terms of which rate formula the states choose—a flat CPG increase, tying the rate to inflation and/or other factors—expect “all of the above,” says Davis.

“In most states, what we have seen are just flat increases, which can raise revenue in the short term, but over the long term a flat increase will become outdated,” he says. But some states—Maryland, New Jersey, Pennsylvania, Rhode Island, Utah and Virginia—have moved recently from a fixed- to a variable-rate tax, tying it to everything from inflation to gas prices and vehicle fuel efficiency.

On the federal level, do not expect the Trump administration to fund infrastructure improvements by an increase in the federal gas tax, despite his plans to prioritize such improvements. “It will still be talked about, but it’s unlikely,” says Davis. “If I had to put money on it, I’d say we’ll go past the quarter-century mark without seeing the federal gas tax changing at all.”

Why? For one, Congress is highly polarized and less likely to come to an agreement on raising the tax. Also, the federal government does not feel the same pressure state governments do to balance their budgets. 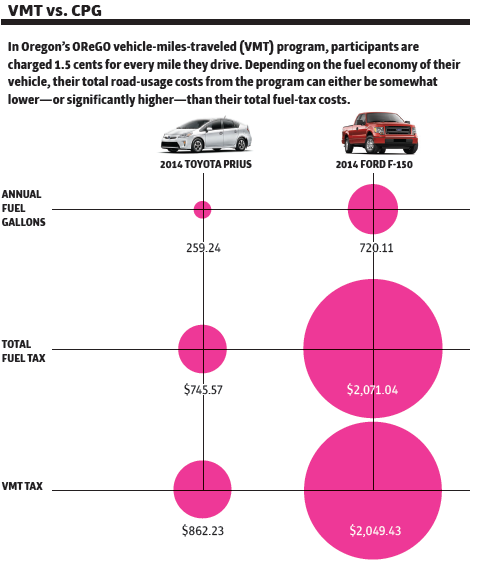 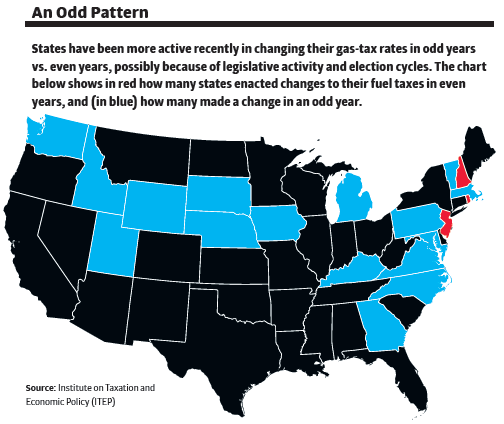