BELLEVUE, Wash. -- As lunch options for consumers go, convenience store foodservice options lag behind quick-service restaurants (QSRs) and fast-casual providers. But some emerging consumer-oriented trends might give rise to greater opportunity for c-stores to snag some lunch tickets away from rival channels. 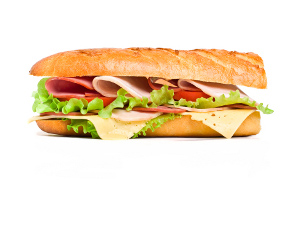 Market researcher and consultant The Hartman Group said that c-stores can begin to rival the fresh, healthy and convenient options offered by Chipotle, Subway, Starbucks and Panera Bread. To do so, they need to think beyond "pre-wrapped sandwiches to items that are still quick and easy but also appeal to consumers as higher quality and more flavorful. Many still feature pre-wrapped sandwiches in unexciting flavors and a rotating rack of hot dogs."

The backdrop of this execution is that more people are consuming mini-meals--some people five per day. The Hartman Group said it is convinced c-store foodservice programs don't have to be overly elaborate to wrest share from other channels. Rather, a smaller, portable and simplified foods approach is the ticket to greater volume, and can be performed due to the mini-meal snacking trend.

Snack-size foodservice meals could be eaten as indulgent snacks or made into meals. Some examples cited in its most recent hartbeat e-newsletter demonstrating quick, easy and fresh fare are pre-cut fruit cups in single-serve packages, served with a fork; cut vegetables and hummus snack packs; fresh takes on bento boxes, such as a hardboiled egg, cheese and fruit combination; and smaller offerings of traditionally large dishes, such as single-serve pasta salads and half-sized sandwiches.

How to get into the game?  The perception of meals must be perceived as more fresh and healthful--all the more a challenge given that these chains have added fresh, healthier options themselves. C-stores can replicate the models of the other channels, for example, by making food preparation more transparent, in front of customers--thus conveying the notion of freshness. The ability to customize food orders for patrons would also help the c-store cause.

A better perception can also be achieved if c-stores "more thoughtfully design interiors to set the right tone for quality and consumer engagement," according to Hartman's "How Convenience Stores Could Eat Quick-Serve Restaurants' Lunch."

One positive development is that c-stores are already poised to attract consumers beyond their traditional customer base of male shoppers aged 18 to 24. One example hartbeat cited is the partnership between the c-store channel and Tyson Foods on the creation of tortilla wraps expressly for this channel.

C-stores also could gain an edge from the fact that people have a tendency to eat alone more often, said Hartman. Already 57% of the meals and snacks bought at c-stores are eaten alone, far more than at quick-serve locations, where 30% of the food bought is eaten alone.

Some of the built-in advantages Hartman cited, though, continue to be countered by QSR and fast-casual restaurants offering foods lower in calories, more nutritious or both. "Their challenge is to improve convenience, because many people do not have time to sit down for an enchilada or salad--and they [QSRs] are making big strides."

For instance, Kentucky Fried Chicken is advertising a "Go Cup" that fits in a car's cupholder and can be filled with various types of chicken plus potato wedges for $2.49. "It's being hawked as a snack, but could easily be a meal," said hartbeat.

Starbucks is trying something similar with its Seattle's Best Coffee drive-through chain. Its new menu includes pretzel sandwiches and handheld savory pies stuffed with vegetables, spicy macaroni and cheese or eggs, cheese and potato, according to the article.

Hartman advised c-stores that have not yet executed the gold standard of fresh, portable, quality to-go foods prepared in front of consumers to look for inspiration to retailers such as Rudy's Bar-B-Q in Texas, which "offers such delicious fare that people go there on dates."

For c-stores, maybe a date with foodservice destiny is in store--at lunchtime.