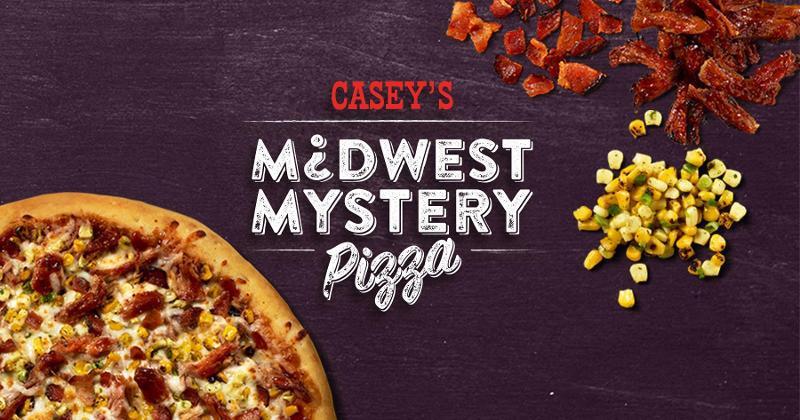 The pizza, now called The Midwestern, is made with pulled pork, bacon, Sweet Baby Ray’s BBQ sauce and fire-roasted corn. It is available for $13.99 through October.

Casey’s introduced the pizza Sept. 1 along with the contest to permanently name the specialty pie. More than 17,000 name suggestions were submitted and the final three went up for a public vote Sept. 18.  The Midwestern captured almost half of the votes.

“This contest definitely demonstrated the passion that Casey’s pizza fans have,” said Art Sebastian, vice president of digital experience for Casey’s. “We are so excited at how many people submitted entries to the contest and voted on the winner. There were entries from all of the 16 states that make up the Casey’s footprint, and we had an extremely difficult choice selecting the finalists. It ultimately came down to a name that describes the pizza, is easy to remember and makes sense to all of those 16 states.”

Casey’s celebrated The Midwestern at a public event, Casey’s Largest Pizza Party, on Sept. 28. in Des Moines, Iowa. Hundreds turned out to taste the new pizza, play games, have their photo taken and celebrate the new name with Casey’s team members.

“If you haven’t tried it yet, we hope you’ll use the deal and give it a taste,” Sebastian said.

Based in Ankeny, Iowa, Casey’s has nearly 2,100 convenience stores in 16 mostly Midwestern states. The chain is No. 4 in CSP’s 2019 Top 202 ranking of c-store chains by number of retail outlets.

Watch the video below of fans tasting The Midwestern at Casey’s Largest Pizza Party.