There were 55.3 million Hispanics in the United States just two years ago, but by 2060, that number’s expected grow to 119 million, according to the latest projections from the U.S. Census Bureau. Hispanics make up 17% of the nation’s population today, and in 40 years, that share is expected to rise to 29%. 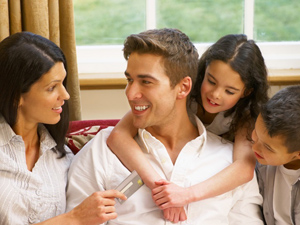 These are big figures. In fact, if U.S. Hispanics were a country, they would have the 12th largest economy in the world. That’s bigger than Australia’s, and constitutes a whopping $1 trillion in purchasing power.

And despite being hard-hit by the recession, by 2020, Hispanics will surpass millennials as the consumer group with the most spending power in the country.

The trouble is, many retailers are underestimating the power of this growing demographic. According to the June 2016 Post Consumer Brands Hispanic ShopperPlex Study, less than half of Hispanics feel retailers engage with and attract them.

Convenience store operators are among those who can do more to appeal to Hispanics—who are already heavy c-store users, often visiting them daily, or at least several times a week. In fact, according to a 2012 study by The NPD Group, they visit c-stores almost two times more per month than non-Hispanics.

These daily visits are made mostly by males. However, although female Hispanic c-store shoppers do their big shopping trips at the supermarket, many visit convenience stores for fill-in trips, according to David Morse, president and CEO of New American Dimensions, a multicultural market research firm in Los Angeles.

And at their c-store, Hispanics like to form a relationship with employees, which helps them feel welcome, as does bilingual signage.

Also important to Hispanics are special offers, especially those promising something extra rather than money off. So retailers who sell things together as meal deals—such as an offer to buy a coffee and receive a free bun—is more enticing than a dollar off.

A strong way to appeal to this demographic is through coffee—un cafecito—and baked goods. 67 percent of Hispanics drink coffee every day, which is 13 percentage points ahead of non-Hispanic Americans, according to a 2013 study by the National Coffee Association.

And the average Hispanic consumer drinks more coffee—about a cup and a half a day more—than the average non-Hispanic customer, and this demographic often starts drinking it at a young age, even five or seven, says Simon El Hage, senior vice president, director of strategic planning at Casanova Pendrill, a cross-cultural marketing group in Costa Mesa, Calif. He added that Hispanics like bold flavors and recognize quality coffee.

And they’re finding this in convenience stores. Across all quick-serve restaurant chains and c-stores tracked by Technomic, among Hispanic consumers, three of the five highest-ranking chains for quality of the coffee scores are c-stores (the other two were Starbucks and Caribou Coffee).

More than 60% of respondents to a survey by Technomic, a market research company based in Chicago, said they would rate Rutter’s Farm Stores (York, Pa.), Holiday Stationstores (Bloomington, Minn.) and Ricker’s (Anderson, Ind.) as having a very good quality of coffee.

Hand-in-hand with coffee are baked goods, which are also popular with Hispanic consumers. “It caters to the idea of fresh bread in the morning, and that’s very culturally relevant,” said Siewczynski. “There’s a lot of emotional attachment to baked goods; these things transcend generational level. It’s about your Hispanic roots.”

Baked goods are a regular indulgence for Latinos, though most prefer their baked goods less sweet than American customers. Traditional bolillos and the category of “pan dulce” (sweet bread) is important to them, including tres leche cakes and conchas.

Traditional items such as these are key, since authenticity rules for Hispanics. A 2013 Technomic report revealed that twice as many Hispanics (44%) compared to the general population (21%) said they would pay more for food described as authentic.

Hispanics also over-index on purchases of c-store bakery items, Technomic reports. “While 77% of c-store foodservice patrons overall buy bakery items once a month or more often, for Hispanics, it rises to 87%,” says associate principal Donna Hood Crecca. And interestingly, the figures are exactly the same for purchases of coffee (once a month).

“Based on Hispanic consumer engagement with c-store bakery and coffee, and their high ranking of several c-stores for quality of coffee, these are key categories for attracting and retaining this important consumer group,” says Hood Crecca.

Convenience stores are already doing a good job with bakery. According to IRI, pastries, Danish and coffee cakes are growing the fastest in the c-store realm, with sales up 9% over last year. Muffins are close behind them, with sales growth of 7%, followed by doughnuts (up 6%).

But if there’s no Hispanic offering, stores could be losing an important, loyal and rapidly-growing customer base. Typically, these consumers will be open to the introduction of different baked goods in their local c-store.