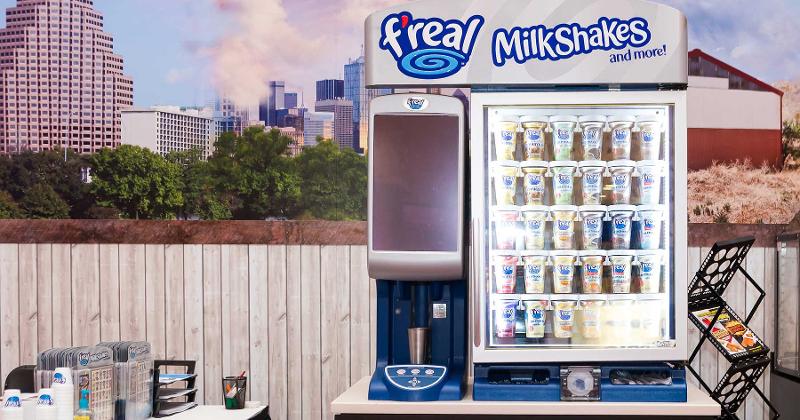 EMERYVILLE, Calif. — A federal district court in Delaware has ruled in favor of f’real foods by finding that defendants Hamilton Beach Brands Inc. and Hershey Creamery Co. infringed on three of f’real’s self-cleaning blender patents. F’real is a designer, maker and marketer of blended frozen beverages.

The jury rejected challenges to the validity of f’real’s patents and awarded f’real $3.2 million in compensatory patent damages, according to the company. Four previous attempts to invalidate f’real’s self-cleaning blender patents at the U.S. Patent and Trademark Office (USPTO) were also unsuccessful.

F’real launched its self-cleaning blender in 2003, providing consumers with the ability to quickly prepare their own milkshakes and smoothies while offering operators the convenience of automatic sanitization. Since the company's inception, the USPTO has awarded f'real 16 U.S. patents for its self-serve blender technologies.

Today, f’real’s products are sold at more than 19,000 locations across the United States and Canada, including convenience stores, colleges, universities and military bases. According to Bloomberg News, the packaged milkshake market is expected to grow to $2.7 billion by 2022.

F’real brought its Delaware patent enforcement action in 2014, asserting infringement of three f’real self-cleaning blender patents. F’real intends to seek a permanent injunction against further use of the infringing blenders, including a recall of current competitive blenders infringing on its patents.

“F’real’s invention of the self-cleaning blender created the self-serve milkshake market we know today,” said Dinsh Guzdar, president of f’real. “The jury’s verdict reaffirms the validity and strength of f’real’s patents. F’real and [parent company] Rich’s take intellectual property seriously, and we will vigorously enforce our IP and protect our patents from any future infringement.”