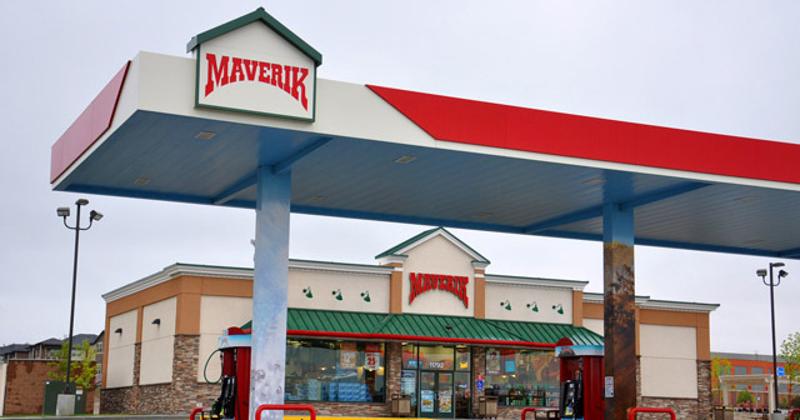 CHICAGO — It’s fair to say that many foodservice operators have at some point left their kitchen appliances running all day or forgotten to turn them off at night. When this happens, lots of energy—and dollars—go to waste.

“Both of those instances have happened [at Maverik],” said Kyle Lore, corporate executive chef for Maverik Inc., Salt Lake City.

Maverik, which operates more than 340 convenience stores in 11 states, has a foodservice offer that includes made-to-order tacos, burritos, skillets and pizza. Its kitchens have a mix of convection ovens, high-speed impingement ovens, tortilla warmers, induction holding tables and an impingement-style pizza oven.

Many commercial foodservice appliances today are equipped with energy-saving technology such as automated sensors to remove human error. For example, the Heated Zone Merchandiser from equipment manufacturer Hatco Corp. automatically goes into sleep mode when its trays are empty. But if a piece of food is placed inside the merchandiser, the sensors signal the machine to turn on.

“Operators don’t want to think about, ‘Do I need to turn this on or off?’ ” said Mark Gilpatric, engineering technology manager for Milwaukee-based Hatco. “If you have good procedures in place and can rely on your people to do it manually, that’s great. But if not, [energy-saving appliances] can help.”

The U.S. Department of Energy (DOE) certifies the energy efficiency of new commercial foodservice equipment with its Energy Star label. Energy Star-rated refrigerators, for example, use 40% less energy than conventional models sold in 2001. Energy-saving commercial dishwashers can save businesses an average of $1,500 annually on utility bills, thanks to being about 40% more energy-efficient and 50% more water-efficient than standard commercial dishwashers, according to the DOE.

Maverik is testing three types of energy-efficient dishwashers—two high-temperature dishwashers and one low-temperature model—from different manufacturers in three test stores in three states. Maverik, which was washing dishes by hand at the three test stores, started using the dishwashers about a year ago. It has seen some positive results from both washer types but has not yet decided which one to choose, Lore says.

“We’ve had a significant reduction in electricity in the past two years by doing things like this.”

“We’ve seen a small incremental reduction in labor costs, but we’re still waiting for major results,” he said, pointing out that Maverik is still in the learning phase of the test. The reduction in labor costs stem from both washers, Lore says, and is due to shorter drying time and faster washing. So far, the washers save about 45 minutes per day, he says. The company plans to make operational changes based on its findings in 2020.

Maverik’s sustainable equipment practices go beyond dirty dishes. Over the past two years, the company has made energy-reducing operational changes to “address the little things,” Lore said, with a focus on training. This includes ensuring freezer doors remain closed as often as possible, turning off equipment that is not in use and checking for air leaks around equipment seals, hinges, gaskets and latches.

“In the past, [equipment training] was just turning something on and off. But it’s not like that anymore. [Education] is a big deal for us.”

Maverik has also expanded these efforts into the stores’ beer caves and outside on the forecourt, with energy-efficient LED lighting. While Lore declined comment on specific energy-saving targets, Maverik’s long-term goal is to expand these energy-saving efforts throughout the entire store and in every store, he says.

“We’ve seen how much energy we’re using, have been able to collect it and have made moves to dial it back,” he said. “We’ve had a significant reduction in electricity in the past two years by doing things like this.”

“In the past, [equipment training] was just turning something on and off,” Lore said. “But it’s not like that anymore. [Education] is a big deal for us.”

Last year, Maverik conducted in-person training at every store, Lore says. It included lessons on opening and closing ovens and hot merchandisers to retain as much energy as possible and teaching the most energy-efficient cooking cycles for touchscreen appliances.

“Energy-efficient training is a large initiative for us,” he said.

Retailers who struggle with this can find help via third-party testing and audit services. The first step in educating operators and their staff regarding energy-saving equipment is often observing their habits and making suggestions for doing things differently, said Mark Finck, senior engineer for Fishnick, San Ramon, Calif., an energy-saving foodservice equipment testing company that works with retailers and restaurants. Education is an enormous part of the company’s program, he says.

“We look at [the operator’s] utility bills and offer suggestions to cut back on energy,” he said. “Once we work with [the operator] at their site and monitor their baseline equipment, then we offer a replacement.”

One piece of equipment Fishneck often sees absorbing a lot of energy is a soup warmer. Regular soup warmers can be replaced with induction soup warmers, which use electromagnetism to create heat inside the warmer instead of firing it from the outside. Induction warmers cook the soup quickly and can save up to 64% in energy savings if used properly, Finck said.

Commercial coffee machines are another energy-saving opportunity. Energy Star-certified commercial coffee brewers are about 35% more energy-efficient than standard models thanks to features such as insulated tanks that reduce heat loss and provide uniform temperatures, according to the DOE. Similar to the automated sensors in the hot merchandisers, these machines often include energy-saving modes with programmable auto-power-down functions that switch off the warming plate.

Although convenience stores are not as advanced at using energy-saving kitchen appliances as restaurants, their increased focus on made-to-order foodservice will help narrow this gap, Finck says. But before jumping to replace its equipment, Finck suggests retailers first implement an energy management system, monitoring equipment to best manage its energy output. For starters, this means not turning on every appliance first thing in the morning, he said.

Maverik now monitors the hours of operation for its kitchen appliances to prevent future mishaps, Lore says. Sustainability, in all facets, has developed into a strategic initiative for the company.

How QuickChek Is Changing the Image of C-Store Foodservice