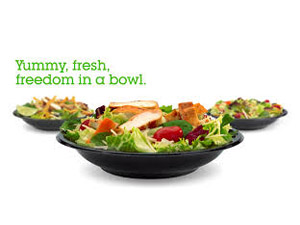 McDonald's Corp., Oak Brook, Ill., trying to shed its "Super Size Me" image of a decade ago, has long since abandoned supersize portions, rolled out oatmeal and smoothies, and added apples to all its Happy Meals. Last month it said it would begin offering customers a choice of side salad, fruit or vegetable in place of fries in its value meals.

But the fast-food company hasn't had a new product become a bona fide blockbuster since the 2003 introduction of the pancake sandwiches it calls McGriddles, according to analysts cited in a Wall Street Journal report.

Many of its more healthful offerings don't sell well, they say. McDonald's chief executive Don Thompson recently told investors that salads make up only 2% to 3% of U.S. sales.

Meanwhile, rivals Wendy's Co. and Taco Bell have recently scored hits with the Pretzel Bacon Cheeseburger and Doritos Locos Tacos. Taco Bell has sold more than half a billion Doritos Locos Tacos--which have about 50 more milligrams of sodium than its regular tacos--since March 2012, making it one of the company's best-selling products ever. Analysts and franchisees says Wendy's pretzel burger--boasting 130 more calories than a Big Mac--has been a hot seller since it made its debut in July, and some predict Wendy's could make the limited-time offer a permanent menu item.

McDonald's remains the king of the restaurant business, but its growth has lacked luster and its stock has underperformed in the past year. Some analysts say it has lost its identity in an attempt to fix its image, a notion that points to the challenges for the industry at a time of growing pressure in the United States to respond to obesity and other health woes while continuing to boost profits.

McDonald's is "focused on trying to be all things to all people, whether it's catering to health-minded people with oatmeal or to Millennials with snack wraps. They've gone so far afield from their core menu that they're not really resonating with anyone," Howard Penney, managing director at Hedgeye Risk Management, an independent investment research firm, told the newspaper. "McDonald's is never going to be perceived as healthy, so for them to spend too much time on healthy items doesn't make a lot of sense to me.”

"It's all about choice. We strive to provide our 69 million customers every day with a variety of delicious, high-quality food and drink options at the value and convenience they expect from McDonald's," a company spokeswoman said.

McDonald's efforts to trumpet more nutritious items haven't placated many public health advocates. After McDonald's announced plans to offer vegetables with value meals last month, the Center for Science in the Public Interest said, "Ronald McDonald's slow march toward healthier meals made a major advance today, but a long road lies ahead for the company."