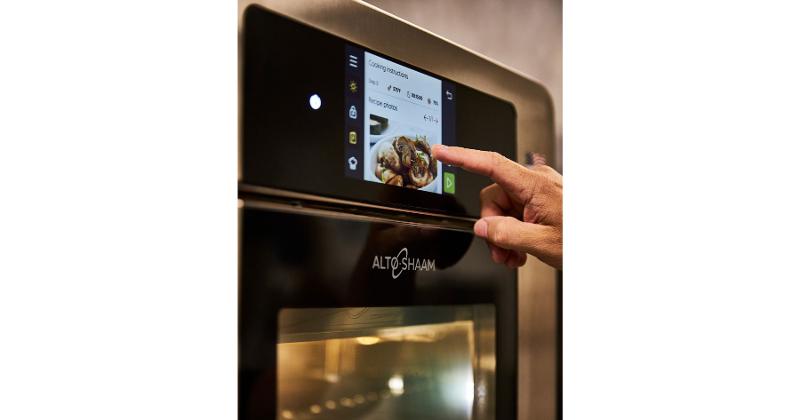 CHICAGO — Ted Kwiecien had used nearly every type of kitchen equipment while working in the restaurant industry. Commercial grills, ovens and fryers, salamander broilers, griddles and grease traps—you name it, and Kwiecien has cooked with it during his 19-year career.

And then he joined the c-store industry and was introduced to combi ovens. “They’re amazing,” he said. “They basically combine a convection oven and a microwave.”

Tracking equipment trends has quickly become a priority for Kwiecien, who was named culinary specialist for QuickChek Corp., Whitehouse Station, N.J., in January 2019. The need for high-tech, innovative foodservice equipment in c-stores has increased as the channel boosts its made-to-order, fresh food offerings and increasingly competes with restaurants, he said.

“An advantage [c-stores] have over QSRs like Panera or Starbucks is that we’re faster,” Kwiecien says. “We can offer everything they do—coffee, soups, salads and sandwiches—and make it much quicker.”

“You decide what the setting will be—50% microwave and 50% convection oven—and when and where the cooking happens,” he says. “In the end, you get the same results as you would from a deep-fryer or toaster.”

Merrychef ovens have a flash-drive insert so users can download product images to the oven’s system. Users can set a temperature and time for each product so when it’s time to cook, all they need to do is press a button with the item’s picture. QuickChek has recently done this with its new egg rolls and plans to do so with most of its menu, Kwiecien said.

“It’s about a 50-50 split with Merrychef and TurboChef in our stores right now,” he said. “But going forward, all of our stores will have at least three Merrychef ovens.”

“We can offer everything [QSRs] do—coffee, soups, salads and sandwiches—and make it much quicker.”

High-tech ovens are quickly becoming the norm in c-stores, no matter their size. Equipment manufacturer Alto-Shaam, Menomonee Falls, Wis., debuted its new Vector H Series oven at the 2019 NACS Show in Atlanta. The oven, designed for smaller retailers, uses structured air technology with four chambers in one oven. This allows the user to control the fan speed, cook time and temperature of each chamber at once, as well as cook a variety of items with zero flavor transfer, said Rachael Sanford, communication specialist for Alto-Shaam. As with the Merrychef and TurboChef ovens, users can upload their own images, categorize food items and filter recipes with the Vector H Series.

“This oven allows you to categorize icons for dayparts so employees can access recipes when they need them,” Sanford said. “They ensure that the food is coming out the same no matter who cooks it.”

For Alto-Shaam’s c-store customers, one popular combination is Vector H ovens with the company’s heated shelf merchandisers. These merchandisers are made with halo-heat technology, which provides a lower heat without added humidity or fans, leaving the food full of moisture and flavor during display in the store, Sanford said.

These types of warming displays play a big role in QuickChek’s foodservice program, Kwiecien said. About a year ago, the retailer began using convection-style merchandising warmers from Hatco Corp., Milwaukee, for breakfast sandwiches, empanadas, hash browns, chicken fingers, mozzarella sticks, calzones and more. These warmers are designed to safely keep hot foods at specific serving temperatures for extended time periods and maintain their freshness. QuickChek will continue rolling out these warmers in stores and should have them in all locations by the end of 2020, Kwiecien said.

“Having a warmer that will hold a high temperature but still extends the product’s shelf life is big for us,” he says. “We’ve been able to extend the shelf life by 30 minutes with these new warmers.”

With nearly 160 locations on the East Coast, it’s nearly impossible for QuickChek to conduct one-on-one training with every team member, Kwiecien says. The chained ranked No. 41 on CSP's Top 202 list of the largest chains in the industry.

To train employees on each new piece of equipment, QuickChek offers a five- to seven-minute online video tutorial. It partners with a third-party video production company that comes to its headquarters and records a QuickChek team leader walking through the steps of using the machine. Often, that team leader is Kwiecien.

Every employee must watch the videos and sign a form saying they’ve done so; QuickChek can track who has viewed the training through an online portal. The videos are not only an educational source but also a good way to hold the team accountable for learning to use the equipment, Kwiecien said.

“Even if you’re a new employee who has the skills to use the equipment, you still need to go through the training and watch the video,” he said.

Because of QuickChek’s size, it introduces new equipment at a pilot location first to manage the training task. Bridget Halpain, category manager of foodservice for c-store distributor McLane Co., Temple, Texas, endorses this approach, which means bringing the equipment to one location before launching chainwide. This can allow also operators to conduct one-on-one training with kitchen managers, she said.

“[Operators] would work closely with the equipment specialists to work through all the trial and error of temperatures, timing and product waste before making the grand investment to install in all locations,” Halpain said.

Alto-Shaam has a team of chefs to assist with employee training for its clients, including menu development resources and step-by-step demonstrations of the machines, Sanford said.

“Retailers need to understand what fits into their foodservice operations and what works best for them.”

“We align our operational support with that used in the restaurant industry,” Kuncl said. “Restaurants have operations manuals and protocols defining processes, and we view foodservice in our retail stores the same way.”

Employee training is especially key with c-store turnover as high as it is; retailers must ensure that the equipment they’re bringing in is executable for new—and often inexperienced—employees, Kuncl said.

“We provide training to the employee team in the foodservice area,” she said. “This ensures our retail partners have all of the tools they need to make their foodservice operation the best in their market area.”

QuickChek is also upgrading equipment for its hot dispensed beverage program and will update its espresso machines in 2020 to compete with Starbucks and other coffee chains, Kwiecien said. While the company has had on-site baristas to make coffee and smoothies for nearly a decade, its current espresso machines are outdated. QuickChek has not yet decided on a manufacturer for these machines, but Kwiecien knows new models will be more modern and user-friendly, he said.

“These espresso machines incorporate more technology and will remove the human error of scaling and weighing espresso shots,” he said.

But foodservice equipment isn’t a one-size-fits-all category. Just because a restaurant uses a specific piece of equipment doesn’t mean any c-store operator should as well, Kuncl said. The equipment must fit the footprint for the store, have the kind of technology employees can use and cook the type of food c-store customers want.

“Retailers need to work with a manufacturer to make sure they’re investing in the right piece of equipment,” she said. “They need to understand what fits into their foodservice operations and what works best for them.”

The adoption of enhanced kitchen equipment is a critical step in c-stores’ efforts to prove their food is on par with QSRs, Kwiecien said.

“We’re trying to push to where people walk [into QuickChek] for breakfast, lunch or dinner and are surprised,” he said. “We’re trying to change the consumer image of the food people can get at a one-stop-shop convenience store.”