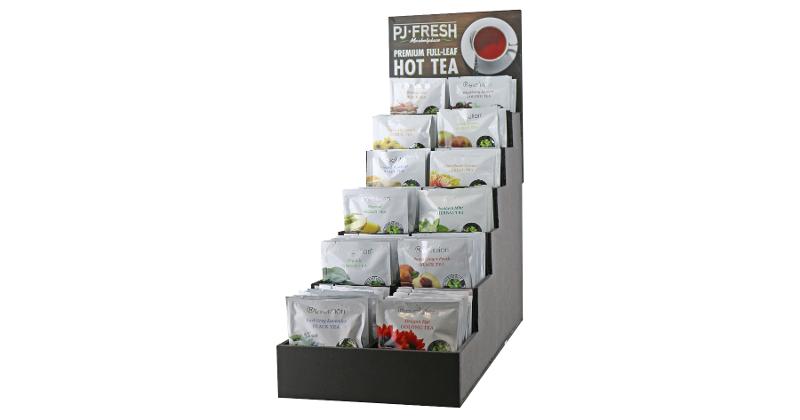 PHOENIX — The acquisition of Revolution Tea by Lifebrands Natural Food GmbH provides the latter an entrance into the U.S. market.

Revolution Tea has been in the beverage and tea industry since 1998, marketing tea for drinking hot and over ice. The Phoenix-based company always has been focused on improving the quality of the tea-drinking experience through its commitment to source only the highest-quality ingredients for its products: full leaf tea, select herbs, real fruit pieces, essential oils and all-natural flavors.

Hamburg, Germany-based Lifebrands, founded in 2000 by Lars Frederik Ellerbrock, has achieved a solid position in the international hot beverage market with brands such as 365 life, A.C. Perch, Waah Organic and Yogi Tea, the company said. Lifebrands also owns Clif Bar, Sourced From and others. Ellerbrock has provided a platform for sustainable products and is raising awareness for responsible enjoyment in the food industry.

“Revolution Tea is a perfect fit to our FMCG (fast-moving consumer goods) brand portfolio as we share similar values and can benefit from each other’s long-term established distribution channels,” Ellerbrock said. “Our intention is to grow Revolution Tea internationally with the extension of the product portfolio and a range of new innovations, the impact of social responsibility and sustainability engagement.”

The new venture between Revolution Tea and Lifebrands will be led by two veterans in the global tea industry. David Enser has been with Revolution Tea since 2006 and has been leading the company since 2011. Enser believes it is the benefits of doing business with Revolution Tea, sampling, promoting and advertising, that continue to build brand awareness, attract new consumers and help Revolution’s operators to sell more tea, he said. Through his leadership, Revolution Tea’s portfolio has expanded to more than 30 tea blends available in more than 60 countries. Enser will continue to serve as president of Revolution Tea.

Keith Bearden will join the team as the CEO for the newly formed company. Bearden has been in the tea industry since 2005 when he started working with Yogi Tea as a consultant in its U.S. operations in Eugene, Ore. In 2008, he moved to Hamburg and took over the international operations for Yogi Tea.

Keith helped make Yogi Tea into a leader in the European tea market as well as opening distribution in Asia and the Middle East. Since returning to the United States in 2014, he has gone on to lead several companies in the food, beverage and nutraceutical sectors. Keith also serves as the chairman of the advisory board for Lifebrands Natural Food.