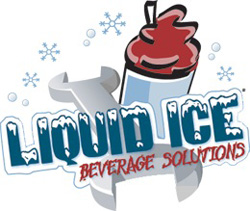 "These developments solidify Liquid Ice's position as the leading independent provider of dispensed beverage repair services in New England," said Liquid Ice president Al Del Re. "We now participate in contracts with four of the five largest convenience store chains in our operating area and will be building on this success to further improve our offerings."

In a related development, Liquid Ice has announced the appointment of Bill Lyons as vice president of operations. Lyons brings nearly two decades of manufacturing, supply chain and quality experience to the position, having held various supply chain management and operations positions at national companies.

Most recently, he served as supply chain and demand planning manager at Nypro Inc., Clinton, Mass., and has held senior positions at Hewlett Packard and Biz2Net.

FM Facility Maintenance is a leading provider of facility management for clients with multisite locations in the United States in more than 40 trades. It manages more than 30,000 customer locations nationwide, representing more than one million service requests annually. Based in Hartford, Conn., the company is privately held.

Waltham, Mass.-based Alliance Energy is one of the largest petroleum marketing distributors in New England. Alliance has been providing quality products and services to its customers since 1985. Alliance distributes gasoline and diesel through a network of company owned gasoline stations and convenience stores as well as a network of independently owned stations. We distribute fuel through approximately 500 locations in seven U.S. states from Maine to Pennsylvania. Alliance distributes a variety of gasoline brands, which include, Exxon, Mobil, Sunoco, Shell, CITGO and Gulf. Alliance also offers unbranded fuel under the Global flag.

Hess Corp., with headquarters in New York City, is a global integrated energy company engaged in the exploration, production, purchase, transportation and sale of crude oil and natural gas, as well as the production and sale of refined petroleum products.