HOUSTON — It’s a muggy Monday afternoon in Houston. A mother and her young son, plus a middle-aged construction worker and a group of young men, sit on bar stools inside the QMart on Memorial Drive. While their afternoon plans may differ, these customers are all here for the same reason: lunch.

“We don’t target any specific demographic,” said Jagmeet Singh, regional manager of convenience-store operations for QMart, a division of Northwest Petroleum, Houston, during a recent CSP visit. “We offer food for everyone.”

QMart, a regional chain of 15 c-stores in Houston, San Antonio and Jarrell, Texas, offers a variety of made-to-order and grab-and-go food offerings through its Q Cafe, such as tacos, burritos, sandwiches and rice bowls. The Q Cafe’s counter-style ordering resembles those of popular fast-casual restaurant chains such as Chipotle and Qdoba, where the food is made in front of the customer.

Here’s a look inside the Q Cafe, how the concept came to fruition and how Northwest Petroleum plans to alter the perception of traditional convenience-store food.

Tex-Mex With a Twist

The Q Cafe was born in late 2017 to help QMart compete against the glut of Tex-Mex restaurants in Houston.

At first, the menu focused on Tex-Mex fare such as chili con carne, nachos, crispy tacos and fajitas. Since then, QMart has diversified the menu to include international dishes such as Vietnamese banh mi tacos and Indian samosas to distinguish its brand from most fast casuals in Houston. The company is even exploring hand-rolled sushi for its menu.

“We don’t want to box ourselves into Tex-Mex,” Malik said. “We’re keeping our eyes on more international food trends for the future of our menu.” 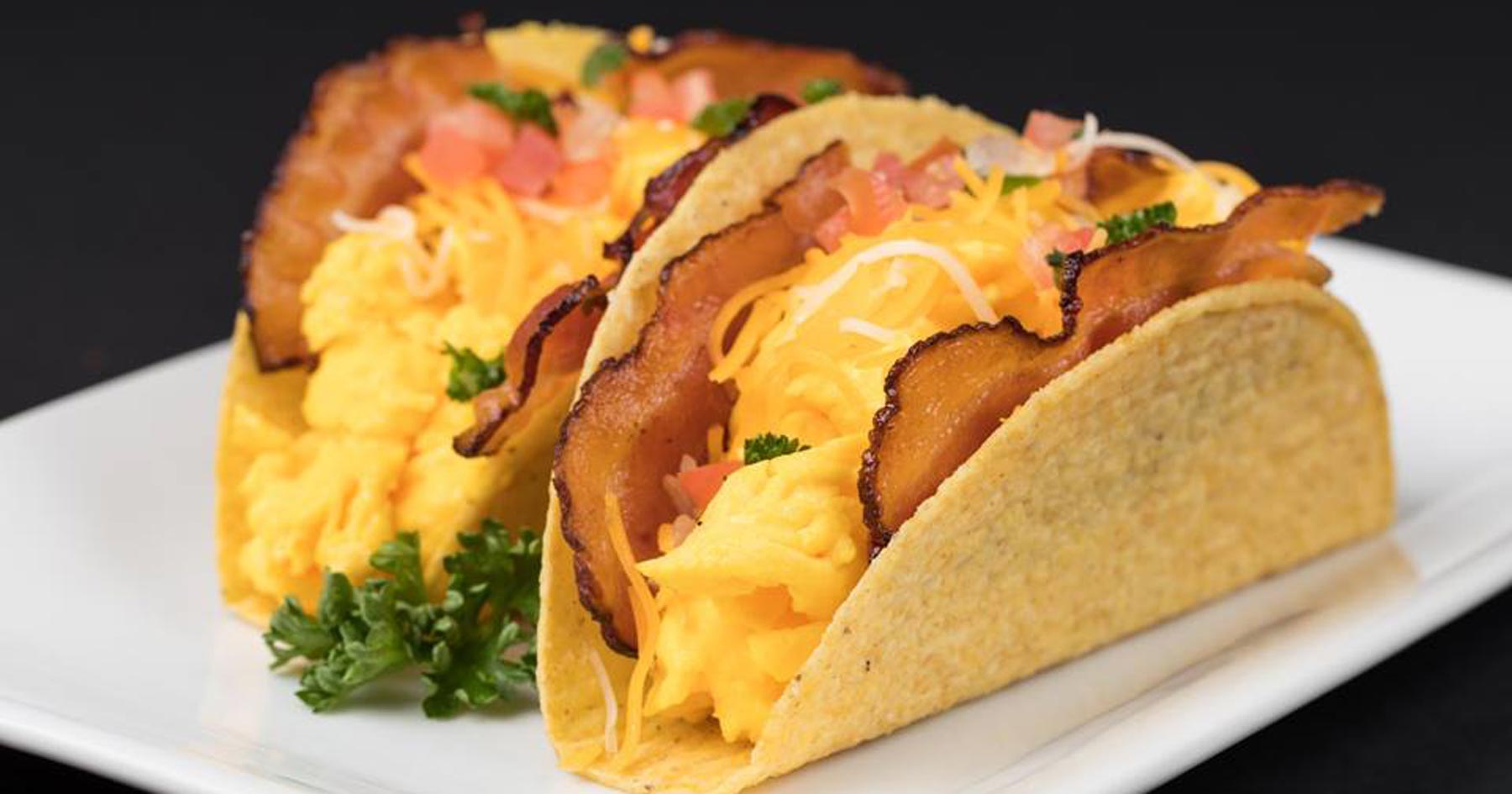 For breakfast, QMart offers tacos for $1.59 and a combo meal for $3.99, which includes three tacos and a large fountain beverage or coffee. Breakfast taco varieties comprise egg and cheese with bacon, sausage, ham, chorizo, or potato; and Huevo a la Mexicana, a combination of eggs, chopped tomato, green chili pepper and onion. Customers can also order these fillings as breakfast burritos for $6.99 each.

“It’s common to go into a c-store in the Northeast, such as Sheetz or Wawa, and eat fresh food, but we don’t have that kind of acceptance here in Texas.”

For lunch and dinner, eggs are swapped for meat-based options. These combinations include beef fajitas, spicy chicken fajitas, carnitas, barbacoa, ground beef and banh mi, which usually includes pork sausage. Customers have the option of ordering these meals as stand-alone plates or as tacos and burritos for the same price as the breakfast combos. Consumers can also “load up” their tacos and burritos with onions, jalapeno peppers, pico de gallo, guacamole, tomatoes, black beans, refried beans, cheese and a variety of salsa. QMart often takes customer suggestions for new items to add to the menu, such as the banh mi tacos.

“New forms of tacos and burritos are the most requested items from our guests,” said Malik.

Building the menu takes time. Every quarter, Malik, Singh and Sophia Malik, the chain’s brand and marketing director, brainstorm potential new menu items and vote on which should make the cut. Once the votes are in, QMart collaborates with its foodservice distributors—Sysco, Houston, and Ben E. Keith Foods, Fort Worth, Texas—to formulate the recipes and coordinate the ingredients. Most dishes are launched as limited-time offerings (LTOs) and become permanent additions to the Q Cafe menu if they gain enough traction.

Based on QMart’s foodservice sales trend, the work seems to be paying off. Two years after it debuted, the Q Cafe has helped grow Q Mart’s monthly sales for its Q Eats—the chain’s entire foodservice offer, which includes the Q Cafe, grab-and-go selections and coffee—to an average of $18,000 per store, which is a large increase from 2017, Singh said.

While QMart has worked hard to win customers’ business through the Q Cafe, they have been challenged by Texas consumers’ perception that c-store food isn’t nearly as good as restaurant food, Fazil Malik said.

“Getting consumers to try our food has been an ongoing battle from day one,” he said. “It’s common to go into a c-store in the Northeast, such as Sheetz or Wawa, and eat fresh food, but we don’t have that kind of acceptance here in Texas. Our consumers aren’t as open to eating made-to-order food at convenience stores.”

The Q Cafe’s ordering approached has evolved along with its food.

The company installed touchscreens and kiosks in four stores when it launched the Q Cafe, but many customers did not use them much. This was because most of QMart’s customers are older and uncomfortable with such technology, Singh said. These consumers also enjoy interacting with QMart’s employees and prefer the human contact more than self-serve ordering. Kiosks and touchscreens are simply not worth the investment for QMart at the moment, although the chain may reinstall them in the future if their customer base broadens, he said.

“Our chefs and kitchen managers are friendly with people in the community,” said Sophia Malik. “When we removed face-to face-ordering, it removed the neighborhood culture from our stores.” 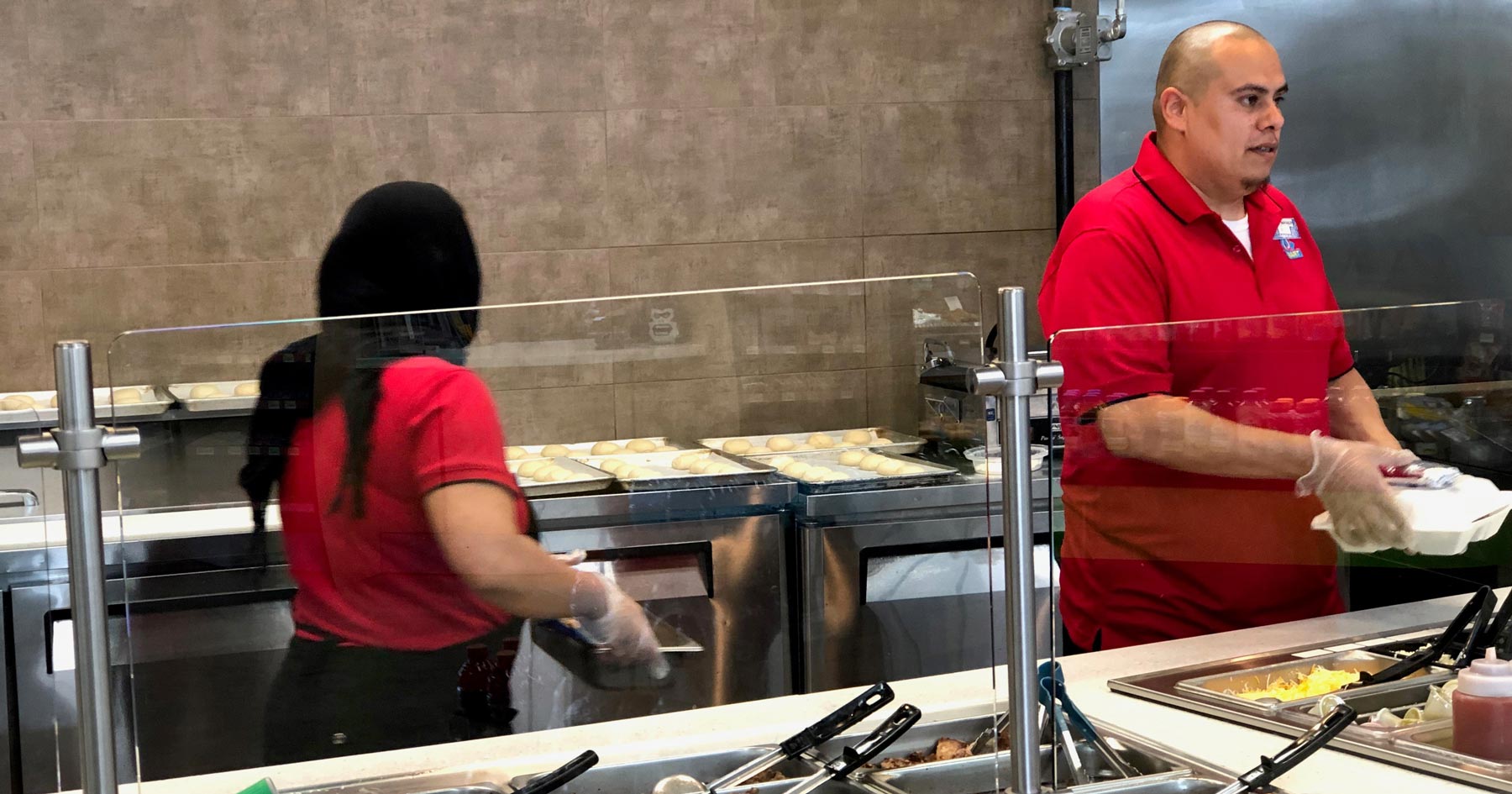 To encourage trial, Q Mart promotes new menu items on social media and samples dishes from food trucks outside at the pump.

“Sampling at the pump helps break peoples’ skepticism about c-store food,” Sophia Malik said. “Customers get a taste while they’re filling up on gas, and some like it so much they end up becoming regular customers.”

QMart also offers food-truck samples during large events, such as grand openings and new promotions, and intends to use them at music and art festivals in downtown Houston.

“Getting foodservice associates who were already trained was a big culture shift for us,” Singh said. “It took us a while to get there, and it’s still an ongoing process.”

Before appointing a new kitchen staff member, QMart’s hiring team selects multiple applicants for a training course to test their qualifications. It covers assembling and disassembling the Q Cafe kitchen equipment; quizzes on health, cleanliness and safety regulations; and a dry run of preparing the food itself. The top candidate becomes QMart’s newest kitchen employee, either as a kitchen manager or chef.

“We’re trying to change the culture of the classic c-store environment.”

QMart often promotes existing store employees to kitchen staff. These employees go through a rigorous training process—similar to QMart’s qualification test for outside candidates—to qualify them for kitchen duties.

“Promoting from within the company gives an employee the reassurance that their potential is appreciated and that we will help them advance in their career,” Singh said.

QMart has at least one chef and one kitchen manager for every Q Cafe. The number of chefs varies based on how busy the location is and the working hours of the kitchen, which often closes after dinnertime. For instance, busier locations, such as the Memorial Drive store, often have multiple chefs on-site, while another store in Houston that is smaller and receives less traffic has only one.

Singh and Fazil Malik conduct weekly meetings to further train, counsel and hear feedback from their kitchen staff. They also discuss what has and hasn’t worked regarding daily processes, such as food preparation and menu conception.

“We find that [these meetings] help retain our staff and keep them happy,” Singh said.

The Q Cafe is a microcosm of Fazil Malik’s ultimate vision: to transform QMart into a smaller-scale store that is mainly foodservice-focused. He wants to eliminate gas and fuel from the chain’s program entirely and alter the idea of what a traditional convenience store can become, he said.

“We’re trying to change the culture of the classic c-store environment,” he said. “People see us as a place to buy packaged goods and get gas, but we want to instill more of a restaurant-type of view within our program. We want to elevate to the level where people think food with quality, freshness and taste when they see QMart.”

Is Made-to-Order Pizza the Next 'Better Burger'?