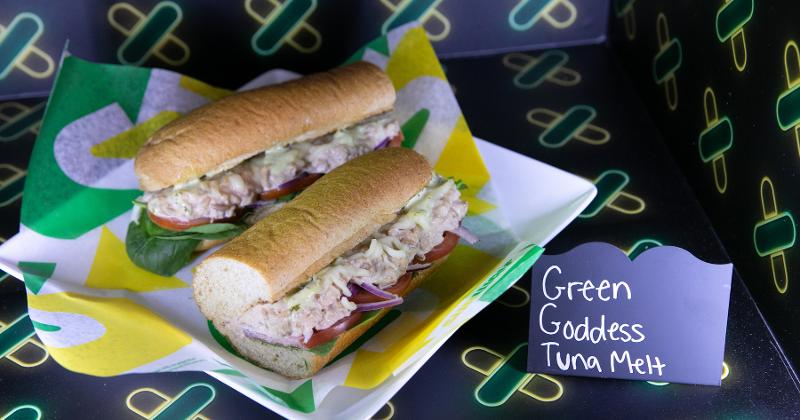 MILFORD, Conn. — In August, Subway announced a collaborative partnership with Tastemade, in which the food media brand would help the sandwich giant develop products that would better connect the chain with its target audience: millennials.

Now, U.S. consumers will get to taste one of the results. The Milford, Conn.-based chain said it would launch the Green Goddess Tuna Melt, its first “Inspired by Tastemade” product, at 3,000 domestic locations.

The sandwich, which features flaked tuna blended with mayo and topped with mozzarella, spinach, tomatoes, onions and a Green Goddess dressing, will be available at those locations for a limited time.

Tastemade produces food, home and travel video programs that reach a monthly audience of 250 million active viewers around the world.

The partnership was announced in August with the goal of helping Subway create a “stronger food innovation pipeline” as well as “points of cultural connections with consumers.”

The companies say that Tastemade has a “large and engaged millennial audience.”

Subway is eager to tap into that group. The world’s largest restaurant chain by unit count, with 44,000 locations, has been struggling in its home market amid intense competition from other chains and its own marketing challenges.

“Our unique partnership taps into data and insights to create craveable and locally relevant menu items for Subway restaurants around the globe,” said Larry Fitzgibbon, co-founder and CEO of Tastemade, in a statement.

The companies have developed “hundreds of items” using that data derived from the Tastemade audience for possible inclusion on the Subway menu. The Green Goddess Tuna Melt is the first one to be introduced in the U.S., however.

This story was originally published by Restaurant Business.