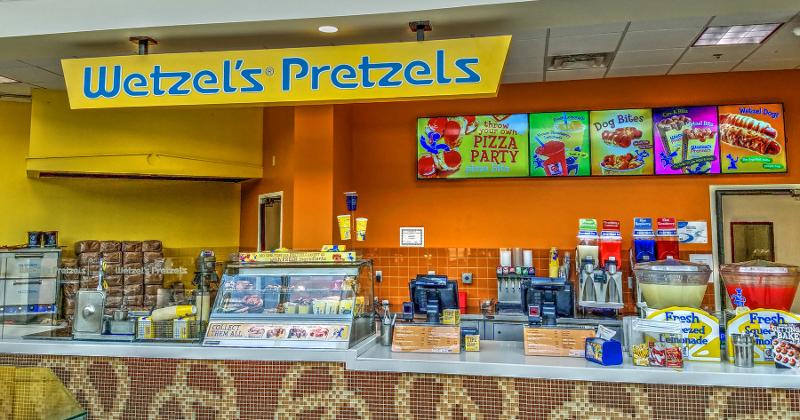 PASADENA, Calif. — Franchise hopefuls now have the chance to open a Wetzel’s Pretzels in Phillips 66, Conoco and 76 branded convenience stores in a new deal.

“We’ve been incredibly impressed with the early success of Wetzel’s Pretzels locations at the 76 convenience stores and the benefit this initiative will provide for both brands’ growth,” said Frank Gonzales, director of nontraditional development at Pasadena, Calif.-based Wetzel’s. “Our team is excited to provide the convenience and ease of operations to even more franchise investors, and we’re determined to ‘Bring Pretzels to the People’ on a larger scale.”

Wetzel’s was founded in Redondo Beach, Calif., 27 years ago. The growth of the store-within-a-store operational model follows the recent success of Ron Reger and Alfred Daher opening three Wetzel’s locations in their 76 c-stores within 10 months, Wetzel’s said.

“Phillips 66 is committed to helping owners grow,” said Lou Burke, manager of branded sales at Houston-based Phillips 66. “Wetzel’s has a proven franchise business model, so we recognize this opportunity as a great way to drive traffic into stores and generate additional revenue.”

Wetzel’s, which has more than 340 locations in the United States and Canada, is building on its franchise momentum with Phillips 66 as several locations are set to open before the end of the year, the company said. Wetzel’s has opened in malls, outlet centers, stadiums, boardwalks, c-stores, Walmart stores and transit destinations. It also has food trucks.