CAMARILLO, Calif. -- The weighted national average pump price for regular-grade gasoline slipped 1.27 cents per gallon over the past three weeks, to $2.0495, according to the most recent Lundberg Survey of approximately 2,500 U.S. gas stations. It sits a tiny fraction of a cent above the April 10, 2009, price nearly seven years ago. 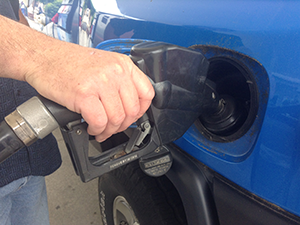 While even weaker crude oil prices take credit for the latest penny drop at the pump, so do high gasoline inventories and refiners running capacity at a high rate, nearly 93%. In fact gasoline prices are in crash mode, from NYMEX to racks and dealer buying prices, in much of the country. Refiners are slashing wholesale prices to their accounts, mostly just since January 6, as they are cranking out more and more product. The rack tables at www.lundbergsurvey.com show national average unbranded down more than 19 cents for the week.

Gasoline price cuts are clearly on the way, from NYMEX futures prices on down. Last week, the Midwest, for example, had rack price cuts of 12 to 14 cents. In the West, jobber-delivered dealer tankwagon dropped about 21 cents on average and branded rack dropped some 18 cents. Although California pump prices averaged a 20-cent hike in these three weeks, they are poised to down-correct, with unbranded down about 42 cents in the past week. The Los Angeles spot price crashed 63.75 cents per gallon between Dec. 31 and Jan. 8.

At the moment, there are some flush margins out there, especially in the Northwest and parts of the Midwest, some exceeding 50 cents per gallon. As wholesale prices plunge around the country, retail margin may well bask a while longer, between storms. But there are narrow spots with margins in single digits in a few markets around the country.

This year is beginning with average margin in comfortable territory and wholesale price discounting by refiners adding to that comfort, at least in the short term.