LOS ANGELES -- A new mobile app has set out to change the way consumers purchase gasoline, Business Insider reported. Bruno Uzzan’s Purple allows consumers to order gas from an iOS or Android device and have it delivered straight to their vehicle. 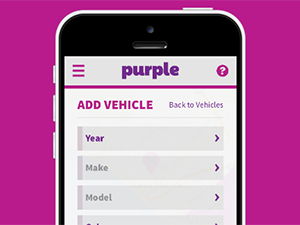 Purple, which has gained 15,000 users since its launch in May, is currently only available in the Los Angeles metro area. However, Purple plans to expand up the coast to the San Francisco Bay area, as well as introduce overnight delivery, the news source reported.

“Convenience is the first motivation,” Uzzan told Business Insider, although he said he realizes that for some the annoyance of going to the gas station might not outweigh the added cost of delivery. In Los Angeles, Purple charges $3.79 per gallon for 87 octane and $3.99 per gallon for 91 octane. L.A.’s gas prices average about $3.50 per gallon, according to GasBuddy.com.

Users of Purple’s mobile app can pick to have their vehicle filled with 10 gallons or 15 gallons of gasoline in one hour or three hours. Once selections, including location, are made, consumers leave their gas tank door unlocked (or open), and Purple comes to fill it.

Uzzan told Business Insider that due to regulations on measuring gas, for now Purple’s couriers are only allowed to fill gas tanks in round numbers, but said Purple will eventually offer a 5-gallon option. The app will send several notifications and alerts to inform users about the progress of delivery, and a final message is sent once delivery is completed.

Uzzan said early adopters of Purple have mostly been those with luxury cars—around 80%—in the wealthy neighborhoods of Beverly Hills, Santa Monica and West Hollywood.

Purple has garnered the support of early investors like Uber co-founder Oscar Salazar, and Business Insider reports Uzzan and Salazar are thinking one step ahead with the delivery service.

“Cars are more and more connected, and there is the vision that one day you won’t have to go to the gas station, or even order Purple. The car itself will automatically order gas. All the technical aspects are there,” Uzzan said.

And Uzzan doesn’t want to stop with gas. He said he thinks of Purple as an on-demand energy company and has been brainstorming how the company could give a boost to electric cars, which would be especially useful in places where there’s not a good charging infrastructure.

But for now, Uzzan’s focus is on capturing a piece of the gas market. “Forty million people stop into a gas station every day,” he told the news source. “Even if we have only 0.1% of them, that would be 40,000 users per day.”

Purple isn’t the first gas-filling startup to market. Filld, based in Palo Alto, Calif., also lets consumers hail tanks of gas like an Uber from their smartphone, and valet parking startup Luxe has mulled the idea of filling gas for its users, too.