MIAMI -- Diesel thieves have hit gas stations in South Florida dozens of times in the past seven months, said a report in The Miami Herald. 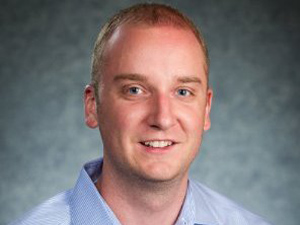 "This is common practice down here in South Florida," John Peach, vice president of operations for Miami-based Victory Petroleum, told the newspaper. Victory owns 190 gas stations in Miami-Dade, Broward, Collier and Palm Beach counties. It has lost more than $10,000 worth of diesel after dozens of thefts.

The thieves park a specially modified vehicle--typically a minivan or SUV, which usually has its fuel tank positioned in the back--above the station's tank field. They then remove a fake floorboard on the bottom of the vehicle, said the report.

"They break the lid open, stick a siphon into the tank and turn on the small motor," Peach said. "In 10 minutes, they steal a couple thousand dollars in gas. It's extremely frustrating." He said the thieves then sell the stolen diesel fuel on the black market, well under market value.

"You need to have a fairly sophisticated process to capture vapor," Jeff Lenard, vice president of strategic industry initiatives at the National Association of Convenience Stores (NACS), told the Herald. He suspects that the thieves are selling the diesel to someone with a fleet.

Beyond the retailer's financial hit are concerns about public safety. "If there's a little spark, not only does the car blow up, but innocent bystanders would get hurt," Peach said. Meanwhile, these modified vehicles are driving around with hundreds of gallons of diesel in their trunk.

Station owners, meanwhile, are having employees keep a close eye on the fuel island, watching out for any vehicles that park in that area for an extensive amount of time.

At Victory Petroleum, video surveillance footage from two of its stations in Cutler Bay and Kendall actually recorded the thieves in the act. One thief parked a silver Nissan sedan above the tank field, while another vehicle parked nearby as the lookout.

"We have now caught the same two people at three different locations in the past couple months," Peach said, noting the video caught a clear image of the man acting as the lookout. He said this person typically enters the convenience store, often talking on his phone to the driver of the Nissan, to keep an eye on the store employees and listen for underground storage tank alarms being triggered.

These two suspects are reportedly responsible for at least six cases of fuel thefts during the past seven months, Peach said. Since Oct. 2013, they have hit gas stations in Doral, Kendall, Cutler Bay, Lake Worth and Miami Gardens, stealing a total of 750 gallons of diesel.

"We are seeing more reports in fuel thefts," Ned Bowman, executive director of the Florida Petroleum Marketers & Convenience Store Association, told the paper. "There has definitely been a noticeable rise."

South Florida is apparently a hotbed of fuel theft, according to John Fleming of the Florida Retail Federation, a nonprofit trade group. He cited the area's proximity to transportation corridors, such as major highways and ports. "It's a hub for distribution and shipping, almost like a central clearinghouse," he told the Herald.

Both Fleming and Bowman think an organized retail ring is somehow involved in the diesel thefts. Fleming said it can be difficult for the police to pursue suspects because of the regional scope of the crimes. Mom-and-pop gas stations are the most vulnerable, he noted, because they often cannot afford surveillance technology to monitor the fuel island and catch crooks in the act.

Fuels Forward--Diesel: The Other Transportation Fuel