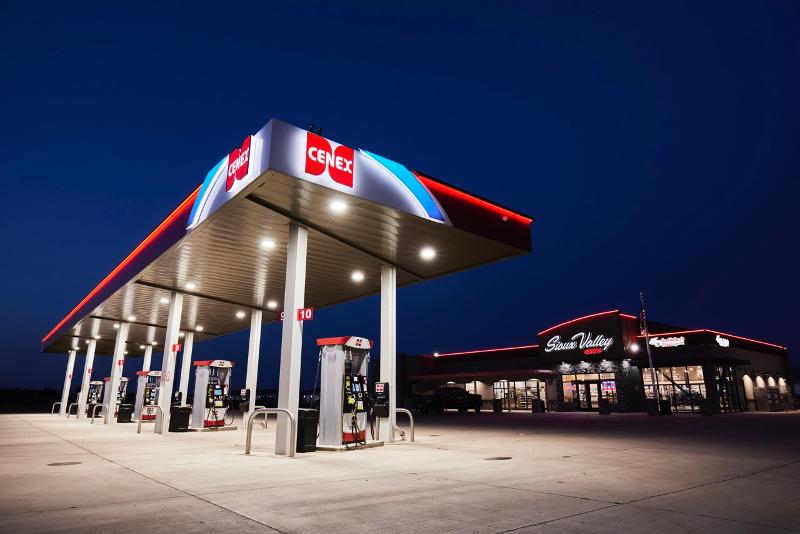 In a rapidly growing community, it is essential for its residents to have access to all the resources needed to live comfortably. In Harrisburg, S.D., advancements are continuously being made as stores work to meet the demands of the flourishing town. Through convenience store renovations, the energy brand Cenex is doing its part to ensure communities like Harrisburg thrive.

“In the last 10 years, Harrisburg has doubled, if not tripled in size,” said Trevor Lickteig, general manager of the Harrisburg Sioux Valley Coop location. “There are also a lot of residential developments and people moving into the area, trying to get out of the big cities. Like what’s being seen in other parts of the country, more people want that small town feel.”

Convenience stores and their function in neighborhoods across America are extremely important, especially within smaller communities. These stores play a huge role as the 150,000 c-stores nationwide help provide basic necessities to communities big and small, including fuel for transportation, food and jobs. 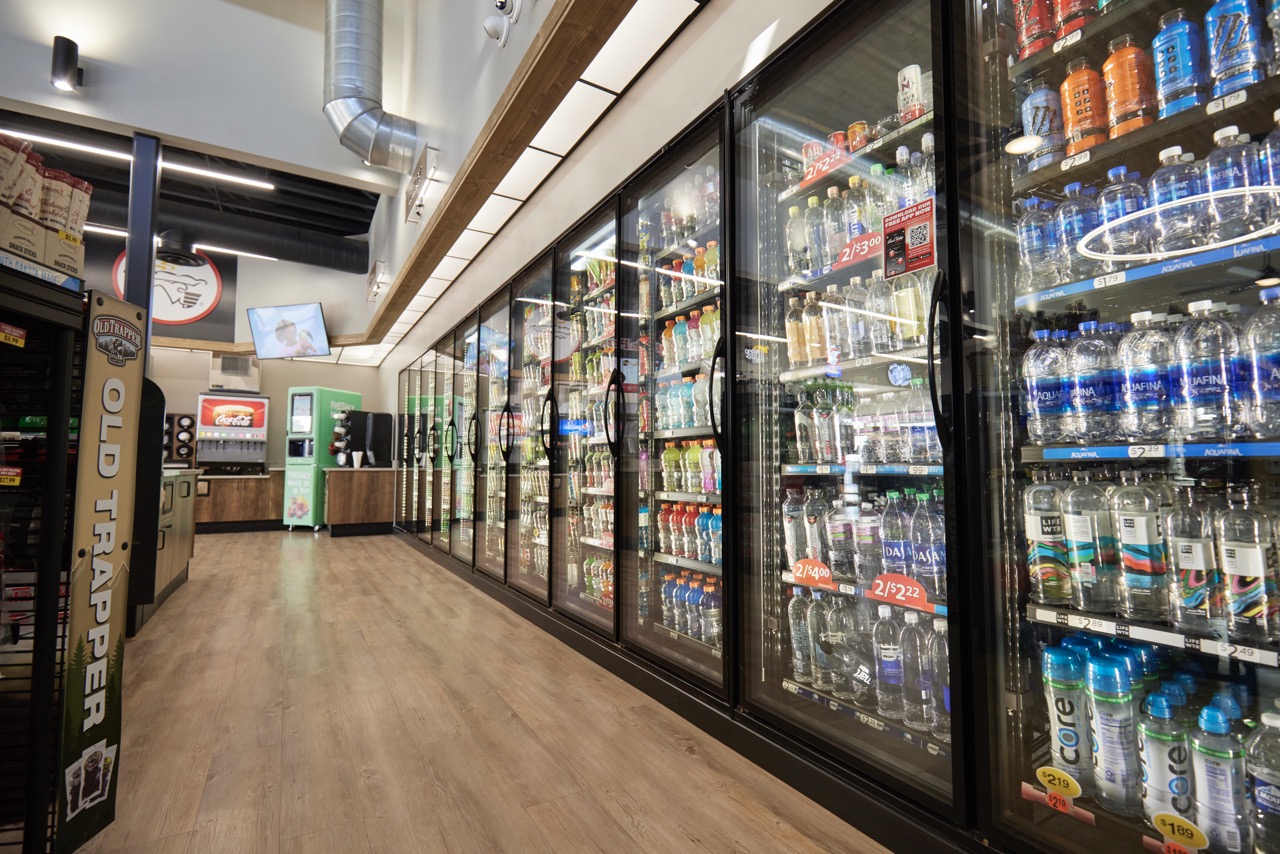 Through the Cenex-branded LIFT initiative, a lighting, image and facilities transformation designed to revamp Cenex-branded stores, the Harrisburg Cenex location was able to fulfill many of those needs within its community. With limited food and employment resources within Harrisburg, Cenex and Sioux Valley Coop worked together to create a c-store that best suits the needs of the Harrisburg community.

“We learned through lots of research that Harrisburg was growing rapidly, and it was full of young families that were building in a smaller town, but they didn't really have a lot of options here,” said Renae Greenfield, director of retail and operations for Sioux Valley Coop. “So, we thought that it would be a great place for us to build and easily become a part of the community.”

This new c-store is already becoming a pillar within the community, and its new enhancements speak to the community’s needs. Knowing that food options within town are sparse, a variety of choices were added, including Godfathers Pizza, a beer cave, Caribou Coffee, Flyboy Donuts and a Fresh Blends beverage machine.

The improved LED lighting throughout the store and canopy allow for a welcoming ambience as customers stop by. Part of the LIFT initiative includes the Halo image, which includes several canopy, forecourt and main ID sign features like a 360-degree LED light band, a three-dimensional Cenex logo and blue arch backlit signs that can be seen from a distance.

Exterior finishes were top-of-mind for the Sioux Valley Coop team as well. A main objective for the Harrisburg store throughout its construction was to make sure that it matched the modern, upscale appearance that has taken over the town. This included exterior stonework to make for an increasingly inviting atmosphere in addition to the 15 gas pumps added for an easier flow of traffic. 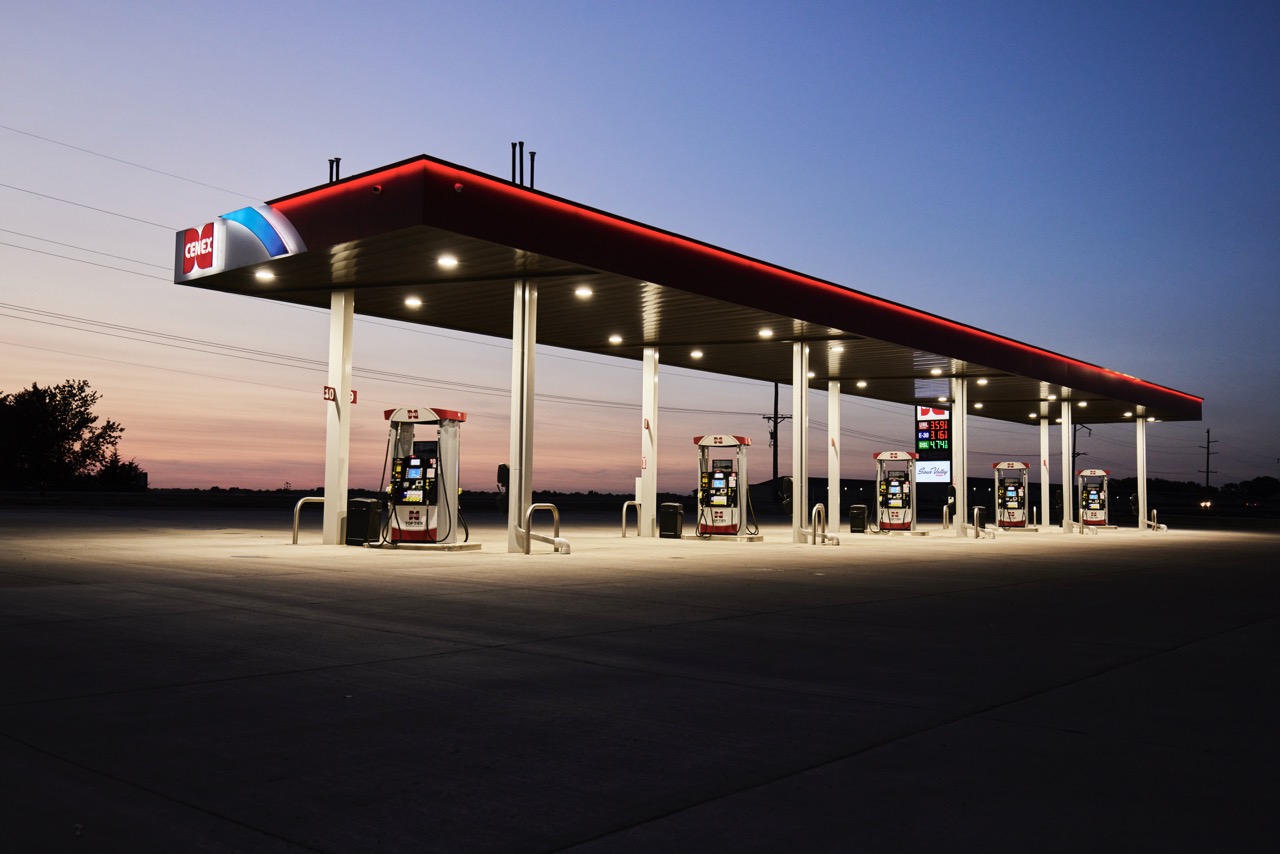 Although Cenex is new to the Harrisburg community, it has a positive outlook on the impact it plans to have on the vastly growing neighborhood. As the most recent addition to the town, the Cenex-branded Sioux Valley Coop is dedicated to driving people to support its local business, promoting community growth, and establishing the deep connections Harrisburg is known for.

“As a brand that thrives on being local, we’re extremely proud of locations like Harrisburg,” said Akhtar Hussain, director of refined fuels marketing at CHS. “What they’ve done through LIFT is a great example of how the flexibility of the initiative comes to life for each Cenex-branded location.”

To learn more about the project and the LIFT initiative, visit cenex.com/lift.