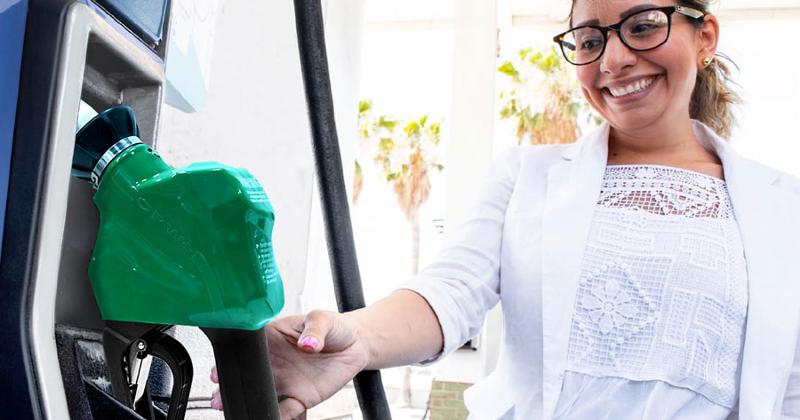 For many years, diesel fuel has been viewed as the black sheep of the United States’ motor-fuel family, mainly because of the unsightly black plume of exhaust that would gush from dump trucks, buses and semis as they began to accelerate. This undesirable visual strapped diesel with the stigma of being a “dirty” fuel.

In reality, though, that reputation is no longer valid. Thanks to stricter diesel-emission regulations, the development of low-sulfur diesel fuel formulations and the refinement of clean-diesel fueling technology, such as Diesel Exhaust Fluid (DEF), diesel’s image has gotten a much-needed makeover. This is supported by a recent report in Car and Driver magazine, which noted that eight manufacturers are currently offering a total of 22 models of diesel-powered vehicles to the U.S. market, with the likelihood of more to come. In fact, according to the Diesel Technology Forum, sales of light-duty vehicles (Class 1-3) reached their highest annual level in 2018 at more than 500,000 units.

With this apparent growth in the use of diesel-powered passenger vehicles, there should be additional opportunities for the operators of retail-fueling sites who offer diesel at their locations. Here again, though, in order to operate a successful diesel sales program, retailers will have to overcome another aspect of diesel’s past history as a dirty fuel.

Clean Up the Diesel Fueling Experience
Retailers that are interested in improving the image of their brand can start at the fueling island with nozzles that provide a cleaner fueling experience for customers.

Fuel retailers should make a concerted effort to guarantee that their sites—particularly the forecourt and its associated equipment—present the best face to the fueling public. This means the site must be kept clear of debris and clutter, all lighting must be fully operational and the signage must be easy to read and attractive.

Cleanliness is just as important when the customer gets up close and personal with the fuel dispenser. This is where diesel’s dark past as a dirty fuel can create problems. The fuel nozzle is the proverbial handshake with the driver, the first point of hands-on contact. This plays a huge role in determining if that interaction is a pleasant one—one that possesses the possibility of being repeated.

Traditionally, diesel fuel nozzles have been prone to the gathering of fugitive fuel on the nozzle trigger, hand insulator and fuel guard, all of which attract airborne dirt and dust. The result is a nozzle that appears to be dirty or grimy, which makes it unappealing for customers to touch. Additionally, drivers will be put off by a forecourt surface that is marked with stains created by drops of fugitive diesel fuel. Taken together, these characteristics do not create a welcoming atmosphere.

No runs, no drips, no errors

Thankfully, this doesn’t have to be the case. Knowing the value of a clean fueling site in establishing a strong relationship with the customer, OPW has created the 14 Series Nozzle family, which uses innovative, patented technology to provide a cleaner fueling experience. In the diesel fueling realm, OPW offers the 14C Series Diesel Capture Nozzle, which is approved for use with traditional diesel fuel and biodiesel blends up to B5 and was recently UL-listed up to B20.

The 14C nozzle sets a new consumer standard and expectation in diesel fueling with the use of its patented diesel-capture technology. At the conclusion of the fueling process, any excess fuel that remains on the spout will migrate back to the diesel-capture device. Once captured, this excess diesel fuel becomes fully secured in the diesel-capture chamber until the next fueling cycle begins. At that point, a venturi built into the chamber is activated and the captured diesel fuel is introduced back into the fuel stream. The nozzle also features a drip guard that captures any fuel that may run out onto the outside of the nozzle. The result is a nozzle that will not become coated with unsightly drops of diesel fuel, creating a more inviting look and feel for the customer.

Diesel-powered passenger vehicles have never gained widespread popularity for on-road use in the U.S. However, that attitude may be changing as recent buying patterns, combined with the growing number of vehicle manufacturers who are developing Class 1-3 diesel models, seem to foreshadow a noteworthy uptick in diesel-vehicle use. As that use increases, fuel retailers will need to be ready to offer diesel fuel via clean, inviting fuel islands and dispensing equipment. OPW conquers the challenges caused by fugitive diesel fuel with its new 14C Series Diesel Capture Nozzle. The 14C’s standard-setting Diesel Capture Technology can make it a go-to choice for fuel retailers who want to make their sites the most welcoming on the block.

Visit opwclean14.com to join the cleaner revolution and to learn more about OPW’s entire 14 Series family of nozzles.