HOUSTON -- While still a small slice of the fuel pie, compressed natural gas (CNG), and to a lesser extent, liquid natural gas (LNG), have provided retailers and their customers with a powerful way to differentiate themselves. 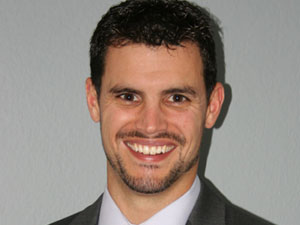 Sustainability, economics and to some degree, managing expectations for CNG were common themes at the Natural Gas Vehicle Conference & Exhibition, June 11 to 13 in Houston. Organized by FC Gas Intelligence, a London-based provider of energy information intelligence, the conference brought together about 300 attendees representing fleets, CNG suppliers, retailers and equipment manufacturers to explore the state of this developing transportation fuel.

For representatives from regional and national fleets, sustainability was a key driver, whether for the marketing cache or genuine dedication to the concept. A morning panel discussed their motivations and experiences converting their trucks to CNG.

Mari Borowski, director of business development at Central Freight Lines, which has more than 100 CNG-powered trucks in its fleet of 1,600, said the company operates in areas with some of the worst air quality in the country.

"We owed it to our communities and drivers," she said. "Everything we looked at pointed to CNG."

Hitting a quick ROI on a CNG-powered fleet can be tough, considering the premium on natural-gas-powered trucks and the fact that for many of the fleets, the vehicles have not yet met their mileage expectations and have smaller tanks--and at times a shorter driving range--than the diesel models they replaced. Bliem noted a two-mile-per-gallon degradation versus diesel, not yet meeting the fleet's 5.5-mpg goal for the natural-gas-powered trucks.

To some degree, it could be a matter of drivers learning to handle the much quieter vehicles; diesel engines give a great indication when to shift, and can be driven more aggressively without sacrificing fuel economy.

Operators were sensitive to easing fleets into adopting the alternative fuel, according to another panel of retailers who have blazed the trail on CNG. At convenience store chain Kwik Trip Inc., which has 25 active CNG fueling locations with plans for five more by the end of 2014, fleets can dip their toe into the alternative-fuels water before fully committing.

"Fleets don't have to commit all of their trucks," said Joel Hirschboeck, superintendent of alternative fuels at the LaCrosse, Wis.-based company.

They can test one natural-gas-powered truck at a Kwik Trip site, and evaluate from there. It also lets clients lock in CNG prices for six years to save additional money and provides educational seminars to fleets considering conversion.

Even then, it can take fleets six to 18 months from that initial conversation about converting to actually ordering new vehicles. At OnCue Express, a chain of 43 convenience stores in Oklahoma with 15 CNG sites, few of its customers are under contract. Scott Minton, CNG business development manager, said it can take several visits with the fleet before the big price differential between CNG and diesel--typically around $1.50 per gallon--finally forces a decision.

Despite the embrace of sustainability, for any retailers entering the CNG market, the economics have to make sense, even if it takes a while.

"It's greener and better for the planet," said Minton. "If our customers didn't want it, we wouldn't build it."