With consumer interest in biofuels on the rise, sales of E15 fuel have flourished in the past year. This high-octane fuel is available in 29 states across the nation and boasts a cleaner burn and a slightly lower cost, and for those reasons, its continued success is not entirely a surprise. 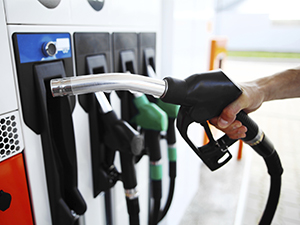 “The number of sites [selling it] have doubled for the fourth year in a row, so we’ve exceeded 1,300 sites across the nation,” says Mike O’Brien, vice president of market development at Growth Energy. “It took four years to sell enough E15 to get a billion miles driven on it; the second billion took four months. The third billion was three months, and we’re close to having four billion consumer miles driven. The volume and consumer acceptance is also accelerating, just like the number of sites.”

E15 is approved for use in cars, light trucks, SUVs and flex-fuel vehicles with a model year of 2001 or newer—which make up over 86% of the vehicles on the road. As such, E15’s popularity has soared over the past few years.

“The one thing that is sometimes lost in the numbers is that our partners’ sites are typically about three times the national average in volume sold—they’re very high volume, very well-known innovators in the marketplace,” says O’Brien. “We continue to add more innovators into the marketplace that are seen as market leaders.”

Retailers are bullish on the future of E15 as well. “We’ve sold about 70 million gallons—that’s been our first year,” says Joel Hirschboeck, general manager of fuel marketing and procurement for Kwik Trip. “We rolled out our first test stores in February of 2017 and throughout that transition now have clocked 70 million gallons of fuel sold.”

And thanks to the value and efficiency of E15, its growth is expected to continue.

As for what’s been helping E15 fly off the proverbial shelves, its slightly lower cost certainly contributes. O’Brien says, “E15 retails for a little less than regular 87, and so any retailer that can take the five cent-per gallon lower cost to the street is going to have an advantage versus other retailers.”

Hirschboeck agrees, saying, “It’s a lower cost product with higher octane—it’s just a matter of the consumer making that recognition that it’s there for them to use, it works in their vehicle. We’ll see that transition happen over time. I think in market areas that do have an established presence of Unleaded 88 [E15], you’re going to see competition recognizing that and making moves to stay relevant within the market.”

On the horizon: Year-round sales

The most important goal for E15, Hirschboeck says, is a legislative one—getting approval for sales during the summer season.

“That’s the most important goal that’s in front of anyone that’s behind unleaded 88 and looking to see its continued success. For us, that’s the biggest hurdle we’d like to get over,” he says.

“We’ll continue to grow our footprint and add new stores every year like we’ve been doing. We always look to bring the new fuel product to market with that growth. We’ll continue to increase our sales. I think the longer that it’s in our market available more people will continue to gradually transition over to that fuel because it is sold at a value.”

For consumers who haven’t yet transitioned to E15, it seems it’s only a matter of time.