CAMARILLO, Calif. -- After the pump price decline paused two weeks ago, the slide has resumed thanks to lower crude oil prices, according to the most recent Lundberg Survey of approximately 2,500 U.S. gas stations. This time, it is a drop of 10.48 cents per gallon for regular-grade gasoline in the past two weeks, to $2.2386 nationally. 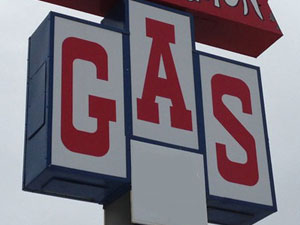 It is now 19 weeks straight of declines, amounting to nearly 63 cents per gallon, including that mere half a penny drop between September 25 and October 9. Refiners and retailers had been slicing their own gasoline margins during weeks of very flush supply as they chased sales and competition.

Instead of ending there in early October as altered gasoline market dynamics would have it, the crash has been restarted by crude oil. The Big Daddy of all price projection caveats stepped in with substantial price drops especially over the past few days. U.S. refiners quickly passed their oil buying price cuts into wholesale gasoline. Wholesale buyers quickly passed on nearly that amount all the way to the street.

Now, latest Lundberg data suggest an upturn in the making: U.S. average branded and unbranded racks bottomed on October 20. Behind the national averages we see Midwest branded rack had already dropped to 151.72 on October 16, then edged up to 156.64 by October 23. Gulf unbranded had sunk to 133.06 on October 20, then in three days bumped up to 138.74.

Near term, if crude oil prices hover close to current levels and no large change in U.S. gasoline supply takes place, then the retail gasoline price will probably slip little if at all.

In 2015 so far, what we call the Downstream-At-Large--refiners, retailers and consumers--is faring better than it did during full calendar year 2014: Refining margin and retail margin are a bit better off and motorists are awarded a price boon of 83.93 cents.