CAMARILLO, Calif. -- The weighted average retail price of regular-grade gasoline shed another 3.59 cents in the past two weeks and sits at $2.1024 per gallon. This is the lowest since late January 2015, according to the most recent Lundberg Survey of approximately 2,500 U.S. gas stations. 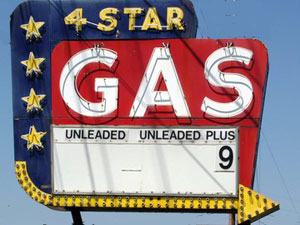 The drop is far smaller than the nearly 11-cent decline in the prior two weeks because the lower crude oil prices have been mostly passed through into wholesale and retail gasoline. In fact, this may be it for the pump price slide, as Lundberg dailies show many racks and spots edging up. The average Midwest unbranded rack is down 2.61 cents for the week according to the table at lundbergsurvey.com; but it adjusted upward 4.5 cents on Dec. 4 over Dec. 3. Nationally, unbranded has edged up nearly six cents per gallon since hitting bottom on Nov. 18. Los Angeles spot gasoline has gained 14.25 cents per gallon since Nov. 20.

The U.S. average retail margin on regular shrank by nearly seven cents per gallon since Nov. 20 and is now 19.19 cents, not historically unattractive.

There is a handful of single-digit retail margins around the country, while several are better than 30 cents per gallon. Generally, Gulf Coast margins are skinnier than they are in the other regions.

Refiners recovered a bit of gasoline margin during the past two weeks as they posted some rack hikes, but their margin remains inferior to fall deltas.

Both light benchmark crude oil prices have fluctuated in an even tighter range lately, despite drama in reporter think pieces about OPEC. If near-term oil prices hover close to where they are now, then it is likely retail gasoline prices will continue to bottom out.

Price Stability at the Pump?