MURFREESBORO & NASHVILLE, Tenn. -- The state of Tennessee now has two on-demand fueling services offering the convenience of a fill-up when and where a customer wants it. 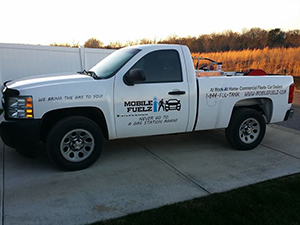 Mobile Fuelz, Murfreesboro, Tenn., launched at the end of 2015. Founder Jeff Lucas was inspired to launch Mobile Fuelz after reading news stories about similar services in California, Texas and Boston, according to a Daily News Journal report.

Users sign up at the Mobile Fuelz website, www.mobilefuelz.com, or app, providing their contact, vehicle and billing information. They then pin the vehicle’s location for fill-up on a map and are directed to leave its gas cap loose or unlocked. The service sends notifications 30 minutes prior and after the fill-up.

Mobile Fuelz currently offers only regular gas, although it plans to expand into premium and diesel. It bases the price on the area’s daily average, using local GasBuddy and Fuel Gauge Report data. Its delivery area is limited for now to Rutherford County, the fifth largest county by population in Tennessee, and its delivery window is 8 a.m. to 8 p.m.

“If you’ve ever had pizza delivered, it’s like that,” Lucas told the newspaper. “It’s an added convenience.”

Mobile Fuelz buys Shell and Exxon branded fuel. According to the company website, the service uses Department of Transportation (DOT)-certified tanks to transport its fuel, and a meter certified by the state weights and measures division. It is also offering fueling for commercial accounts, fleets and car dealerships.

Last fall, another on-demand fueling service—Yoshi—launched in Palo Alto, Calif., and has since expanded to Nashville, reported The Tennessean. Co-founder Bryan Frist, an app developer, said the service can save users 15 minutes of valuable time.

“The whole mission of Yoshi is that you never have to go to the gas station ever again,” he told the newspaper. “Everyone has to drive to get to them. It’s inefficient.”

Football legend Joe Montana is one of its angel investors.

Similar to Mobile Fuelz, Yoshi offers a $15-per-month membership option, including an “autopilot” mode that automatically reorders fill-ups for the same time each week. According to Frist, 90% of users use the autopilot function. Members also get lower gas prices, or 20 to 25 cents per gallon below the market average. Non-members pay a higher price, or around 30 CPG above the market average.

Yoshi hopes to expand in the San Francisco and Nashville areas, and possibly could leap into other big metropolises such as Atlanta, Dallas and Houston. It also hopes to sell alternative fuels.

“The current lack of infrastructure supporting these forms of energy is one of the primary reasons why there is slow adoption of alternative fuel vehicles across the country,” Frist told The Tennessean. “Our ultimate goal is to refuel your car, regardless of what kind of fuel it might take ... and play a complementary, additive role in the adoption of these sorts of technologies.”