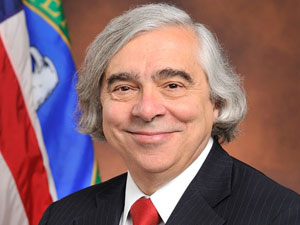 Based on the lessons that the U.S. Department of Energy (DOE) learned from the major fuel supply disruption in the aftermath of the storm, the department will establish two Northeast reserve locations near New York Harbor and in New England. Each location will store 500,000 barrels of gasoline, enough to provide some short-term relief in the event of significant disruptions.

The new reserve complements the Northeast Home Heating Oil Reserve (NEHHOR), a one-million barrel supply of diesel for the Northeast. Emergency withdrawals from NEHHOR were used for the first time in response to Superstorm Sandy to supply first responders and emergency generators in the region.

"The sudden, massive gas supply shortage after Superstom Sandy resulted in interminable line, panic and delivered a gut shot to the region's economy. That's why we called for regionally placed reserves to ensure an uninterrupted fuel supply in the event of future storms like Sandy," said Senator Charles E. Schumer (D-N.Y.). "The Department of Energy, with foresight and purpose, has taken a great stride to meet that challenge."

"Like sandbags and stockpiles of food and medicine, this gasoline reserve is what the Northeast needs to be ready for supercharged storms from climate change," said Senator Edward J. Markey (D-Mass.). "This gasoline reserve will ensure that just because a dangerous storm soaks our region, it doesn't mean that consumers have to get soaked at the pump."

With major product supply and distribution infrastructure located along U.S. coasts, Northeast energy supply and reliability is vulnerable to the impacts of hurricane winds, tidal surges, severe wind, snow and icing conditions. In 2012, Superstorm Sandy caused heavy damage to two refineries, and more than 40 terminals in New York Harbor were closed due to water damage and loss of power, leaving some New York gas stations without fuel for as long as 30 days.

At present, the Energy Department's Strategic Petroleum Reserve (SPR) contains crude oil but does not contain refined petroleum products. Establishing a refined petroleum product reserve of gasoline--acquired and owned by the U.S. government, and stored at leased commercial storage terminals along the East Coast--will help mitigate the impacts of sudden and unexpected supply interruptions.

The Energy Department anticipates awarding contracts for commercial storage, service and product acquisition in order to launch the reserve by late summer 2014.

As laid out in President Obama's Climate Action Plan, the administration has launched the federal government's first Quadrennial Energy Review (QER) process to address the challenge of leveraging America's domestic energy resources while strengthening U.S. energy security. The first installment of the QER review will focus on the United States' infrastructure for transmitting, storing and delivering energy.

As part of this process, the Energy Department will conduct a series of regional fuel resiliency studies to analyze the specific challenges faced by different parts of the country that are vulnerable to a variety of weather-related natural disasters that could potentially affect energy supply infrastructure. Because of the interdependencies inherent to the U.S. energy infrastructure, even where regional refined product reserves may play a role in enhancing fuel resiliency, they will be but one part of a system intended to minimize potential disruptions in fuel distribution.

Fuel NY to Ensure Access to Gas During Emergencies