American drivers have surpassed 2 billion miles on E15. It’s a mile marker the product has sailed by quickly after a much longer haul to the first billion mark. 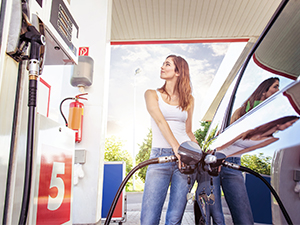 “It basically took four years for consumers to drive a billion miles on E15, and now, in just five months, we’ve got an additional billion,” says Mike O’Brien, vice president of market development for Growth Energy. “More retailers are offering it. More consumers are finding and using it. The product is increasingly becoming mainstream.”

The product is solid, says O’Brien. Not only is it the most tested fuel in history, but there have been zero complaints about E15. “We’ve had millions of transactions and zero complaints. We have AAA-certified mechanics now selling it with great success,” he says.

E15 is approved for vehicles made in 2001 and newer, which make up more than 90 percent of the vehicles on the road today and “People are catching on to it,” O’Brien says. “Millennials, baby boomers, busy moms and everyone in between.”

The positive response from customers sets retailers at ease as they add E15 to their fuel lineup. Now, Growth Energy is seeing adoption across the country as retailers are understanding the market opportunity that E15 brings.

“There are perceptions that ethanol is just a Midwest product,” O’Brien says, “but now we have 1,150 sites selling E15, including mom-and-pop stores all the way up to the very large chains you read about in the papers.”

Minnesota-based independent oil company Minnoco started offering E15 to its retailers four years ago, doing their part for the full two billion miles. In recent months, they’ve added more locations and noticed a spike in sales of E85 and E30 as well.

Two billion miles is a fantastic achievement, Klatt says. “It’s a testament to consumer choice. It’s a testament to petroleum and ethanol industry partnerships. We’re working together to accomplish so much and to make consumers happier with their options.”

2 billion miles and beyond

Looking forward to three billion miles? That milestone is coming fast. O’Brien says that although Growth Energy can’t forecast miles driven on E15, the number of retailers offering the fuel will continue to grow. In fall 2016, there were roughly 400 E15 retailers—now,there are 1,100 and by the end of 2018, it’s anticipated that 2,000 E15 retailers will be in operation.

“The retailers we work with are aggressive marketers with all kinds of competitive advantages,” O’Brien says. “They tend to be the kind of retailers who lead the industry in new products.”

As more retailers join that group and more customers try E15, that three-billion-mile marker might quickly be visible in the rearview mirror.