PHILADELPHIA -- The owner of a chain of gas stations located in Delaware and Maryland has paid approximately $2.89 million to the United States in settlement of a federal lawsuit filed to undo the owner's fraudulent transfer of assets just prior to agreeing to pay a court-sanctioned $2 million penalty for violating underground fuel tank (UST) regulations at gas stations. 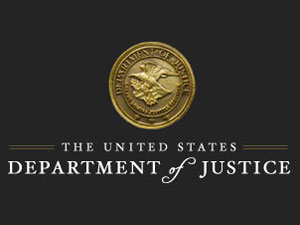 The government's settlement with Robert M. Duncan and several corporate entities under his control, includes the original penalty plus nearly $900,000 in interest, additional penalties and attorneys' fees and costs.

The U.S. Department of Justice filed the lawsuit and settlement documents in federal court in Delaware, on behalf of the U.S. Environmental Protection Agency (EPA).

The settlement ends a decade of administrative and judicial proceedings by the EPA and the Justice Department against Duncan, Dover, Del.-based Duncan Petroleum Inc. and affiliated entities.

In Sept. 2004, the EPA filed an administrative complaint against Duncan Petroleum, citing violations of federal regulations designed to detect and prevent leaks of petroleum and other hazardous substances from USTs at five Maryland gas stations.

That complaint was settled in a Feb. 2006 consent agreement that imposed a $65,000 penalty, and required measures to ensure continuing compliance with UST safeguards.

After the company failed to carry out the compliance measures, the EPA inspected 13 additional Duncan Petroleum gas stations, documenting UST violations at each facility.

In December 2008, after providing multiple opportunities to settle this matter, the United States filed a civil action against Duncan and Duncan Petroleum. After two days of jury trial, the claims were resolved in Aug. 2010 by a stipulated order, agreed to by Duncan, requiring payment of a $2 million penalty by Dec. 15, 2010.

Duncan failed to pay the agreed penalty, claiming an inability to pay. After analyzing his financial information, the government discovered that six months prior to trial, Duncan conveyed assets worth about $10 million to several LLCs, trusts and foundations under his control.

In Aug. 2011, the United States filed a new complaint against Duncan and affiliated parties, seeking to void these asset transfers pursuant to the Federal Debt Collection Procedures Act. On the eve of trial in March 2014, Duncan stipulated that the United States had sufficient evidence to establish that most of the transfers were fraudulent, and the United States agreed to delay proceedings to permit Duncan to settle his liability by selling and refinancing assets.