WASHINGTON -- Proposed legislation in the House would keep the ethanol content in the nation’s gasoline supply below 10%, thwarting attempts to grow the market for higher ethanol blends. 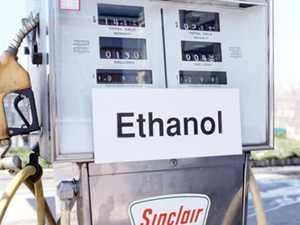 The Food and Fuel Consumer Protection Act (HR 5180), introduced by U.S. Reps. Bill Flores (R-Texas), Peter Welch (D-Vt.), Bob Goodlatte (R-Va.) and Jim Costa (D-Calif.), aims to limit ethanol-blending mandates under the Renewable Fuel Standard (RFS). It cites concerns about the blend wall—the total amount of ethanol that refiners can safely blend into gasoline based on the ability of the current vehicle fleet to use it—as well as protecting small engines that cannot run on higher ethanol blends and keeping food costs in check as corn is refined into fuel.

The bill would require renewable volume obligations (RVO) for ethanol under the RFS to be no greater than 9.7% of total volume of gasoline projected to be sold or introduced in that calendar year. It would require the Energy Information Administration (EIA) to provide an estimate of total gasoline demand for the following calendar year by Oct. 31 of the preceding year. It also would require the Environmental Protection Agency (EPA) to meet statutory deadlines for setting RVOs. The previous RVOs would apply if the EPA fails to meet its deadlines.

“This legislation will bring greater certainty to our gasoline retailers, engine manufacturers and consumers by imposing statutory deadlines for the mandated ethanol volumes to be published and capping that volume at no more than 10%,” said Costa. “As the United States and the rest of the world continue to update our energy and transportation policies for the 21st century, Congress must work together on a bipartisan basis to pass this legislation, because it is an important step to bringing more certainty to the marketplace for transportation fuels.”

In a statement, the Petroleum Marketers Association of America (PMAA) announced its support of the bill, citing liability concerns that Underwriters Laboratories only certifies existing underground storage tank (UST) equipment to handle ethanol blends up to 10% (E10).

“There is no path forward to recertify existing equipment for blends greater than 10% short of total replacement at a cost of more than $200,000 per retail site,” the PMAA statement read. It added that this is a roadblock to dispensing or storing E15, a 15% ethanol blend that has gained traction in the fuel infrastructure as chains such as Sheetz, Murphy USA and Kum & Go add it to their sites.

“Dispensing ethanol blends higher than 10% with noncertified equipment exposes retailers to legal liability for noncompliance with state fire codes and will subject them to significant civil penalties and possible closures,” the PMAA stated, adding that equipment could also fail from handling greater than 10% ethanol blends.

In a statement, Bob Dineen, CEO of the Renewable Fuels Association, argued that the bill would limit choices for consumers.