CAMARILLO, Calif. -- The U.S. average retail regular-grade gasoline price slipped half a penny in the past two weeks, to $2.3434, according to the most recent Lundberg Survey of approximately 2,500 U.S. gas stations. It seems to be the end of a wild ride down. 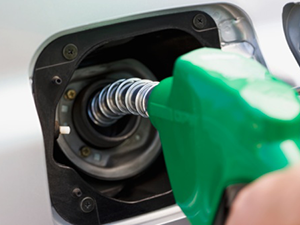 Motorists are paying an average 52 cents less than they did 17 weeks ago in mid-June.

Several contributing sources of that retail gasoline price crash appear to have dried up.

Many things have now changed, but none in the extreme. Crude oil prices rose moderately, causing U.S. refiners, who had been cutting into their own wholesale gasoline margins, to nudge wholesale prices up. Per Lundberg's free rack summary at www.lundbergsurvey.com, unbranded is up two cents for the week for the U.S. and up three cents in PADD 2.

In turn, that is causing retailers, who also had been sacrificing gasoline margins, to cease street price cutting.

The up moves in oil prices came in part from recent U.S. dollar weakening and from more bullish oil market views of geopolitical developments such as in Syria.

Another change is refineries' seasonal maintenance projects, reducing the overall capacity use rate which had been near-limit for months. But inventories are some 10% above their year-ago level, no supply shortage is looming and supply is easily satisfying strong growth in year-on-year gasoline demand.

And, refining cost reductions from the seasonal rise in vapor pressure maximums have mostly run their course.

Also, for the past seven weeks, both refiners and retailers have been cutting into their gasoline margins for sake of cutting their selling prices. Refining gasoline margin has shrunk by nearly 41 cents-per-gallon equivalent by one measure since August 21. Regular-grade retail margin has lost close to 17 cents. From here, more margin martyrdom on the part of the downstream half of the oil industry is not likely.

Regular grade retail margin is now 18.98 cents nationally, its lowest in three months -- but far better than the skinny 10.93 cents suffered in mid-July.