Approved for 2001 and newer vehicles which makes up more than 91% of the vehicles on the road today, E15—a fuel made with 15% cleaner burning ethanol—is giving retailers around the country a boost. American consumers have driven more than five billion miles using this fuel—and that trend is showing no sign of slowing down. More drivers are choosing to make the switch because E15 provides an unrivaled value for their engines and the environment. Today, a growing number of retailers are choosing to offer E15, and not just for today’s consumer, but for those to come in the near future, as well. 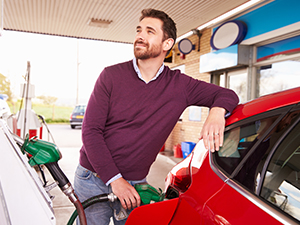 E15 appeals to consumers for a handful of reasons. For starters, E15 fuel is sold at a lower cost than standard fuel, and with cost savings at the top of mind for many consumers, it’s easy to see why the lower price would entice them to purchase E15. Beyond cost, E15 is a smart choice for engines because it burns cleaner and cooler. Throughout Growth Energy’s extensive consumer research, they found that consumers are wanting to use a cleaner burning fuel since it helps their engines to perform better while also reducing tail pipe emissions.

Between these three benefits, it’s hard to say which one consumers love most, but one thing is for sure—E15 is a big seller.

From a retailer standpoint, offering E15 is an opportunity to jump ahead of the competition by responding to consumer demand for this fuel, but is also positions c-stores for the long term by laying the infrastructure for higher biofuel blends now. If retailers install E85-compatible dispensers as they introduce E15, they’ll be ready and able to handle higher-octane blends such as E25 and E30. As E15 sales overtake sales of traditional gasoline—with some stores selling as much as 60% E15 to 40% traditional fuel—retailers will be ahead of the curve having already introduced the product at their stations and having the infrastructure in place.

The number of E15 retailers has grown considerably since 2010, when E15 was approved for use in vehicles 2001 and newer—which makes up 91% of cars on the road today. According to Growth Energy, it is currently offered at more than 1,600 locations in 30 states and is poised to expand even further as retailers realize the benefits for not only the environment and engines, but also for their customers and their bottom lines. By the end of the year, E15 is on track to be offered at around 1,675 sites, Growth Energy notes.

By making the forward-thinking decision to add this cleaner burning fuel offering to the forecourt lineup now, retailers stand to benefit greatly in the coming years.