GRAND RAPIDS, Mich. -- Two insurance agents in Lansing, Mich., have pled guilty for their roles in creating and selling fake insurance certificates to owners and operators of underground storage tanks (USTs) throughout the state of Michigan. The U.S. Environmental Protection Agency (EPA) and the Federal Bureau of Investigation (FBI) uncovered and disrupted the scheme involving the fabrication of insurance certificates that the agents sold to owners and operators of USTs in the state. 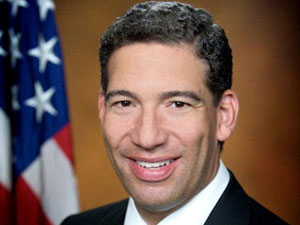 The fake document scheme, which ran from 2011 to 2013, primarily involved gas stations with USTs that were either uninsurable due to age or condition or expensive to insure due to their age. Rather than replace the aging tanks, UST owners and operators purchased fake insurance certificates created by the two Lansing insurance agents that made it appear to federal and state UST inspectors that the USTs were in compliance with the law. In reality, those gas stations had no insurance in the event of a leak.

The scheme was disrupted after undercover operations conducted by the EPA and FBI in the Lansing area successfully infiltrated the fraudulent creation and sale of fake documents by Allen P. Chadderdon of Williamston, Mich., and Dean P. Tucker of Lansing. Immediately upon disrupting the scheme, the EPA and the State of Michigan sought to identify which USTs were not in compliance with the financial assurance requirements to mitigate the risk of harm to the environment. Gas stations that failed to present a genuine insurance policy were shut down until the owner or operator demonstrated compliance with the law.

Chadderdon and Tucker pled guilty in federal court to fabricating insurance certificates that they sold to UST owners and operators. Federal law prohibits altering or fabricating documents with the intent to impede, obstruct or influence the proper administration of any matter that is within the jurisdiction of a federal agency. Both defendants face a maximum of 20 years in prison for the offense, but the court will determine the sentence after considering the federal sentencing guidelines and the statutory sentencing factors. Chadderdon will be sentenced on Dec. 3, 2014, and Tucker will be sentenced on March 5, 2015.

"This fraud scheme presented a serious risk of harm to many communities across Michigan. Residents of more than 30 different cities--including Battle Creek, Lansing, Ann Arbor and Detroit--were exposed to the risk of leaking [USTs] where no insurance was available to pay for cleanup costs or injuries," said U.S. Attorney Patrick Miles Jr.

"The perpetrators' fraudulent scheme to mislead federal and state inspectors placed several Michigan communities in harm's way and exposed these areas to the risk of leaking fuel and oil from [USTs] throughout the state," said Paul M. Abbate, special agent in charge of the FBI Detroit Field Office.