MONTREAL, Quebec -- Justice Dominique Belanger of the Quebec Superior Court authorized on September 6 a gasoline price-fixing class-action lawsuit in 23 additional markets in the Province of Quebec. 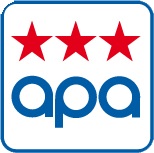 Gas stations in Quebec could pay up to $100 million if a court rules in the plaintiffs' favor, said George Iny, head of the Automobile Protection Association (APA), which filed the lawsuit.

The class representatives, Daniel Thouin and the Automobile Protection Association (APA), seek compensation for consumers and companies of 50 employees or less who have purchased gasoline in the subject markets for the period starting Jan. 1, 2002 to June 30, 2006.

This class action is the second pertaining to gasoline price fixing in Quebec since Belanger previously authorized a class action on Nov. 30, 2009, concerning the markets of Sherbrooke, Magog, Victoriaville and Thetford Mines in Quebec..

In June 2008, criminal charges were filed in Sherbrooke, Magog, Victoriaville and Thetford Mines following an investigation by the Canadian Competition Bureau known as "Project Octane." So far, 27 individuals and seven companies have pleaded guilty.

According to the plaintiffs, businesses were contacting each other and collectively hiking prices, said CBC.

Wiretaps revealed a number of stations called each other to fix prices at specific times, added a news agency report. Economists noted that gasoline prices fell across eastern Quebec after the bureau announced its probe.

Iny said the lawsuit was broadened based on evidence uncovered by an independent researcher.

"His conclusion is that in many markets, the prices for all three grades of gasoline were identical even though the markets were not next to one another. So, as a consequence, [the researcher] says it's impossible that pure chance ... would result in the exact same prices over the exact same days over a period of six months," Iny said.

If the suit turns in favor of the plaintiffs, gas stations could have to pay out as much as $100 million, he said.

The suit against the big oil companies covers motorists who filled up between January 2002 and June 2006 in Quebec City, Trois-Rivieres and other major cities.

To date, 27 people and seven businesses have pleaded guilty.