GAITHERSBURG, Md. -- Summer gasoline and refinery issues have been a major thorn in the side of motorists this summer, most notably on the West Coast and in the Midwest regions. With summer beginning to fade, motorists across the country will be seeing lower gas prices while motorists in these regions see less pump drama thanks to the eventual switch back to cheaper winter blends and the simplicity it brings. 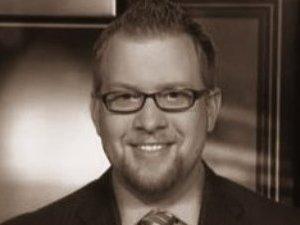 The root of the volatility and summer price spikes starts with EPA’s Clear Air Act Amendments: they act to keep things complicated every spring and summer at the expensive of motorists yet at refiners delight. Refiners throughout the country are faced with the task of producing various fuels for various locales all to meet varying requirements set forth by varying forms of government from June through September, and even that varies by state.

Areas most susceptible to massive prolonged summer time gas price spikes are areas that are somewhat isolated from help in one way or another.

Take the West Coast: it is nearly cut off from direct access to the nation’s refined product pipeline grid and a long boat ride separates it from easy access to the Gulf Coast, home to the bulk of the nation’s refining capacity. Throw California’s strict California Air Resources Board (CARB) requirements in the mix and you’re left with a unique blend of summer gasoline and barely any ability to be quickly resupplied in the event of a major outage. That’s exactly what contributed to some crazy swings in West Coast gas prices this summer, as supply that had been flowing to California temporarily vanished.

The Midwest, though better connected to the grid of pipelines, also suffered from shock this August when BP’s Whiting, Ind., refinery went down unexpectedly.

This refinery—the largest in the region and seventh largest in the country—provides reformulated gasoline for third largest city in the country as well as non-reformulated gasoline for areas outside the Chicago area. Price shocks were felt throughout the region and even into neighboring regions as concerns spread that gasoline would be diverted to areas with the widest margins.

Both situations, though thousands of miles apart, led politicians and consumer advocates to point fingers very quickly at oil companies. What they missed or forgot are the hodgepodge of regulations and agencies that govern the nation’s summer fuel requirements—certainly a major factor in the price spikes.

Politicians in several Great Lakes states hounded BP, calling for investigations from both sides of the political spectrum, and while many politicians will seek to gain from the situation, few have done anything to prevent the situation from happening again.

The good news is that both situations are now mostly in the rearview. ExxonMobil will soon meet with authorities to discuss replacement of parts at the unit affected with refurbished parts, and it seems that some resolve will come of it and that ExxonMobil could increase output in the weeks ahead. Meanwhile BP’s Whiting refinery got back online over a short time after it went down, thanks to emergency repairs, I’m told.

While oil companies fix their facilities, motorists will also be getting some help from fundamentals: gasoline demand will begin to taper off and EPA rules are relaxed after September 15, ushering in a cheaper winter gasoline across a wider area of the country. Oil markets remain well supplied and the future doesn’t bode well for oil bulls as oil inventories remain high and refiners begin their seasonal turnarounds.

The future does look bright for anyone filling their tanks: gas prices will likely continue to trend lower, likely dropping under $2 per gallon nationally by Christmas.