SAVANNAH, Ga. -- “We need to better lead the conversation with our customers regarding gas pricing and retailer profitability,” said Greg Parker, owner and CEO of the Parker’s Convenience Store chain in Savannah, Ga., in setting up a recent letter he wrote to the editor of the Savannah Morning News. “An informed consumer is an empowered consumer.” 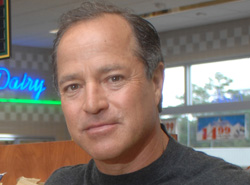 Here is that letter in its entirety:

A customer approached me earlier this week at a Parker’s store, frustrated, to say the least.

“I guess you’re going to make tons of money off the rising gas prices,” she fumed.

Hardly. Fuels retailing is a penny business. I explained to her that, averaged over the course of a year, convenience stores only earn 2 to 4 cents profit on every gallon of gas that they sell. But when prices are climbing, we make even less--or even briefly lose money on every gallon we sell--because of competitive pressures.

In the course of our conversation, I realized that the general public is largely in the dark when it comes to the real reasons behind rising gas prices in America. A recent consumer study by the National Association of Convenience Stores found that American consumers think retailers make 48 cents profit for every gallon of gas they sell.

The reality is far bleaker. Plus, the confusion over what’s driving up prices makes consumers’ pain at the pump even greater.

For the average driver who pumps 60 gallons a month of gasoline, a 50-cent increase means an extra $30 a month from the budget, and that can hurt. So what’s causing this pain at the pump with higher prices?

Retail fuel prices are ultimately determined by four related expenditures: crude-oil costs, taxes, refining costs and distribution/marketing. By far, crude-oil prices have the biggest effect over retail prices. The Department of Energy’s latest statistics put the cost of crude oil at 76% of the cost of gasoline. Taxes take another big bite: 12%.

The process of refining crude oil into fuel is another 6% of the cost of a gallon of gas. The remaining 6% includes everything post-refinery--the cost of pipelines, storage terminals, delivery trucks and all expenses involved in selling the fuel, plus any retailer profit.

The real driver for gas prices is oil prices. Unfortunately, what happens around the world affects our pocketbooks here in Savannah. The current situation with Iran has already raised the price of crude oil as much as 20%. Global demand also has affected prices. While demand is down here in the United States, it’s up in the rest of the world, particularly in China and India, and that has kept oil prices high.

Speculators also play a role. Wall Street firms are playing the “over” in the betting game of predicting prices, and they make huge amounts of money if they are correct. Naturally, that gives them an incentive to boost prices.

Then there are the credit-card companies, who make 8 to 10 cents for every gallon of gas sold. When prices go up, they make more money per gallon, plain and simple. The more expensive gas is, the more money they make off each transaction since their fees are based on a percentage of each sale. To reduce costs, and ultimately prices, you may see retailers offering discounts for debit or cash payments.

No one likes high prices at the pump, myself included. Our thin margins often shrink because we’re in a street fight every day to attract customers.

With 171 convenience stores in Chatham County, we’re all competing for every gallon of gas sold. If we’re off by even a penny, we lose customers. And if consumers are spending more money on gas, they have less to spend on other items at stores, like drinks and sandwiches.

Most of all, people are plain tired of high prices.

Now, I can’t do much about high oil prices, but I can do something about the frustration we all feel at the pump by explaining what’s going on in the marketplace. I hope we can all have more conversations like the one I had with a customer earlier this week.

Do you think consumers understand the dynamics of gasoline pricing? Share your thoughts in the comments section below.

National Tobacco Use Declines Among Youth