Those last few drops that trickle out of the nozzle are a common annoyance that every gas station customer has experienced when shaking the nozzle dry. Whether they land in the fill pipe, on the side of the customer’s vehicle, on their shoes or on the ground, those drops have to end up somewhere. But what’s a small inconvenience to your customer poses a larger threat to us all and our environment. 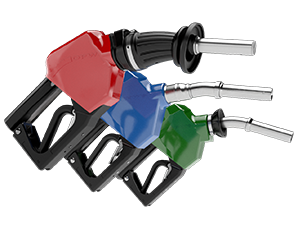 These drops add up over time, especially when this can occur every day at every fueling position throughout the estimated 150,000 fueling stations in the United States. Not only does this cause a mess that hurts your brand image, but those volatile organic compounds (VOCs) create fugitive emissions that are going right back into the atmosphere.

Now, an innovative new nozzle series has been engineered to solve this problem. But let’s take a step back and take a look at how we’ve arrived at this innovation due to technological advances and environmental regulations.

Since 1990, Stage II gasoline vapor recovery systems have been used by states to combat excess emissions. Onboard Refueling Vapor Recovery (ORVR) equipment has been phased in for new vehicles and was first implemented in 2001 for light duty vehicles. However, the addition of ORVR to vehicles made it so the vehicle itself was processing its own vapor when being refueled.

In 2011, the United States Environmental Protection Agency (EPA) released a policy called the “Widespread Use for ORVR and Stage II Waiver.” In this action, the EPA essentially eliminated the largely redundant Stage II requirement in order to ensure that refueling vapor control regulations are beneficial without being unnecessarily burdensome to American business.

The main reason for the policy was that a large majority of vapor recovery systems were not compatible. In fact, they were not only incompatible, but also counterproductive. While Stage II vapor recovery systems suck the vapor out of the tank, the ORVR vehicle is also trying to collect the vapor so the nozzle is collecting clean air. This situation results in the vapor recovery nozzle ingesting clean air into the underground storage tank and leading to vapor growth and tank over pressurization. Because of this incompatibility, more fuel evaporates and more harm is done to the environment.

Moving forward, it became each state’s job to maintain ozone attainment areas. Each state is responsible to analyze their emissions and to identify if further reductions may be needed to maintain their ozone levels for the foreseeable future. The guidance required states to submit a revision to its State Implementation Plan in order to address how the state will meet the federal emission requirements. (Example: See New Jersey’s SIP proposed July 2017.)

Dripless nozzles were one of the pillars of the Stage II decommissioning policy, and the California Air Resources Board (CARB) is the only agency to have developed a dripless nozzle test method.

Historically, there have been two technologies that have been used to meet CARB’s dripless standards. The first uses gutters, ripples or dams to retain fluid in the spout. The vast majority of nozzles use this method. When the spout is placed back into the cradle with this method though, the retained fuel is left exposed to the environment allowing the VOCs to evaporate into the atmosphere. While this technology meets the test parameters, it undermines the true intent of the dripless nozzle standard.

The second is a new and innovative method, which provides patented, free-draining technology. The free-draining spout drains the residual fuel out of the spout and then into the vehicle. Think of this technology as a waterfall where everything goes down the hill with no resistance. This next generation technology was engineered by OPW Retail Fueling and will be introduced this October in OPW’s booth 7021 at the 2018 PEI Convention at the NACS Show in Las Vegas.

OPW is fueling a cleaner revolution with the 14 Series family of nozzles and aims to tremendously reduce vapor emissions and help stations earn spotless reputations.

Learn More About Dripless Nozzle Technology
Experience the innovative technology that’s defining what’s next for the future of retail fueling.

Featuring patented free draining technology, the innovative 14 Series nozzles have been tested to meet the rigorous demands of high-volume sites as well as the tough standards set by CARB for dripless conventional nozzles.  Built on more than 100 years of field experience and engineering excellence, the 14 Series flawlessly delivers an optimum fueling experience.

The 14 Series includes two dripless enhanced conventional nozzles, both of which have been engineered with patented free draining spouts, precise fuel control, and rugged durability. These nozzles were developed to exceed CARB dripless nozzle requirements.

Visit opwclean14.com to join the cleaner revolution and to learn more about OPW’s entire 14 Series family of nozzles.