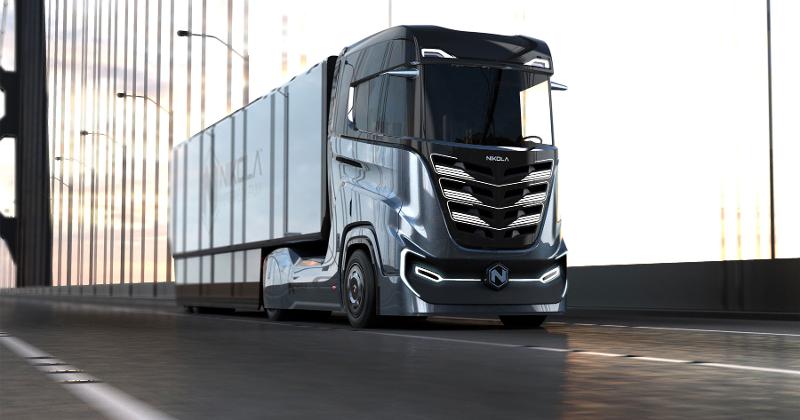 CHICAGO —There’s a whole lot of potential upside to hydrogen in the future of transportation: Fuel-cell vehicles (FCVs) produce zero greenhouse-gas emissions and offer a fueling experience and range comparable to that of gasoline- and diesel-powered vehicles. So what’s not to love? Turns out, it’s the upfront cost.

“I love the hydrogen technology,” said John Eichberger, executive director of the Fuels Institute, Alexandria, Va. “It’s just the infrastructure is so expensive.”

A hydrogen fueling site can cost about $2 million to build, with a compressor-centric equipment configuration similar to a compressed natural gas fueling station.

And the customer base is still very small as the market waits for more FCVs to supply the demand. It’s the classic chicken-and-egg dynamic of alternative fuels, and it seems to be particularly persistent with hydrogen.

“Vehicles just aren’t coming into the volumes to justify the investment,” Eichberger said.

In October 2018, Sal Risalvato, executive director of the New Jersey Gasoline, C-Store, Automotive Association, Wall Township, N.J., testified at a special hearing of the state Assembly’s Commerce and Assembly Science, Innovation and Technology Committees. New Jersey has two hydrogen fueling sites in the works, and legislators have been weighing how to grow that network to meet its fuel emissions targets.

Risalvato, alongside representatives from Honda, Toyota and hydrogen fueling specialists, spoke in support of hydrogen. It was a curious position for the c-store veteran, who acknowledged that some of his members were confused by his advocacy, saying their focus is on selling gasoline and diesel.

“My answer to them is, ‘Yeah, but we’re not going to stop what’s going to happen and how it’s going to happen,’ ” Risalvato told legislators. “How do you think the candle makers felt when they opened up the newspaper and read that Thomas Edison invented the light bulb? Well, that’s the situation we’re in, selling gasoline and diesel.”

As of November 2018, there were fewer than 5,500 FCVs sold or leased in the United States, with most in California, according to the California Fuel Cell Partnership. Commercially available models are limited to Toyota’s Mirai, Honda's Clarity and Hyundai’s Tucson. (Toyota Motor Corp. is promising a lower-cost, mass-produced version of its Mirai passenger FCV in the 2020s, and it plans to introduce SUVs, pickups and commercial trucks in the next decade, Reuters reported.)

In the passenger-vehicle market, FCVs also face heavy competition from battery electric vehicles (BEVs). “You now have battery technology that is better than hydrogen, because you can get a car for $30,000 with 250- to 300-mile range and you can charge in 20-30 minutes,” Eichberger said. “So all of the attributes of hydrogen that were more attractive [than BEVs]—range anxiety, refill time—batteries are starting to catch up to that for the light-duty vehicles.”

Then there is the other side of the hydrogen equation: infrastructure.

The state’s corner on the hydrogen market has led many fuel retailers to view the alternative fuel as a highly regional opportunity.

“Southern California has a lot of incentives to expand the market, but they have more infrastructure to buy and distribute hydrogen,” said Joel Hirschboeck, vice president of fuel for Pittsburgh-based Giant Eagle’s GetGo c-store chain, at a panel discussion on future fuels at the 2018 NACS Show. “The availability of hydrogen becomes a challenge. From a demand perspective, it’s very new, and you’re not going to see a lot of hydrogen facilities outside California. It tends to be fuel of the future.”

Royal Dutch Shell has been a pioneer in hydrogen fueling. It operates two stations in Southern California, with plans for seven more, in partnership with Honda and Toyota. It also has several hydrogen fueling sites in Europe. The multinational energy company understands perhaps more than most how difficult it is for hydrogen to break free of its perennial “fuel of the future” reputation.

“We started hydrogen—we deserve a bit of credit for that,” said Istvan Kapitany, global executive vice president of retail for Royal Dutch Shell, The Hague, Netherlands. Kapitany was general manager for Germany when Shell opened its first hydrogen fueling location in the country.

“Everybody asked why we were doing it—there were three hydrogen cars in all of Germany,” he said. “[It’s] because you really need to be bringing the infrastructure. ... You can’t say, ‘I’ll wait until customers come.’ Customers don’t come if you don’t have infrastructure.”

Today in Germany, Shell is helping build that infrastructure, with 11 hydrogen sites as part of a consortium that is targeting a network of 400 fueling locations. But even still, a lag remains on the demand side.

“I believe it’s an amazing proposition,” Kapitany said of FCVs. “The reason it’s not flying is the cost of that tech is still a bit more expensive than it would make it possible to scale.”

That said, Shell believes hydrogen’s true edge is in the heavy-duty market. “Trucks won’t be electrifying at the same speed as passenger cars,” Kapitany said. “Hydrogen can be a solution.”

A fuel-cell-powered semi could have a clear advantage over a BEV. For example, Tesla says its upcoming electric-powered Class 8 Semi can haul 80,000 pounds over 500 miles of range. The Tesla Semi is so promising that several companies, including PepsiCo, Anheuser-Busch, Walmart and Sysco, have placed preorders.

But to hit that range target, many analysts contend the Tesla Semi would have to carry around a huge, heavy battery. Bloomberg New Energy Finance estimates that its 800-KWh battery would weigh more than 10,000 pounds.

“You just eliminated most of your payload and towing capacity,” Eichberger said. “I don’t think the Tesla [Semi] works for anybody but Frito-Lay. You throw a whole box full of potato chips on it—it weighs only 5 pounds. Throw beer in the back—it’s a completely different world.”

A fuel-cell-powered truck, however, can deliver power and torque with less weight, Eichberger said: “There’s opportunity in the fuel-cell market in the heavier-duty passenger vehicles, work-truck vehicles and Class 8, maybe.”

Nikola Motor Co. is launching a line of fuel-cell-powered semis that promise a refueling range of 800 to 1,200 miles and the ability and enough horsepower and torque to rival currently available diesel-powered Class 8 trucks. It plans to begin delivering the first Nikola semis in 2020. Last year, Anheuser-Busch announced it had preordered as many as 800 of the hydrogen-powered trucks.

And similar to Tesla’s efforts to circumvent the chicken-and-egg issue for EVs with its own Supercharger EV charging network, FCV manufacturers are leaning in on infrastructure.

Nikola, in partnership with hydrogen provider Nel USA, plans to build a network of more than 700 hydrogen fueling stations in the United States and Canada by 2028, with the first to open by 2021, to serve the fleet of its semis set to hit the road. Each site would have five to 10 hydrogen fueling dispensers, with a 15- to 20-minute fill time. Nikola has not shared specific details about the sites, although they may be situated alongside a c-store or truckstop.

In New England, a fledgling network of fueling locations are in different stages of opening in New York, Vermont, Maryland, Rhode Island, Massachusetts, Connecticut and New Jersey. The effort is partly being led and funded by hydrogen provider Air Liquide and Toyota as they aim to build a dozen sites to establish a Northeast hydrogen fueling network.

The matter of who pays is significant; it has remained a key stumbling block for hydrogen as it competes with less costly transportation fueling alternatives such as electric. For FCVs to succeed, they will ultimately have to gain traction and provide their own momentum, whether on the consumer side or as part of the United States’ trucking fleet.