BOISE, Idaho -- After diesel and gasoline inadvertently got mixed during delivery, an Idaho convenience store retailer is working quickly to resolve the issue and help any effected customers. 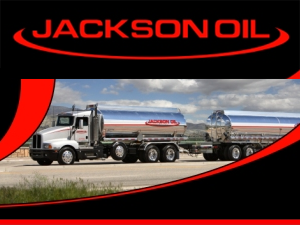 A Jacksons Food Stores fuel driver mistakenly added diesel to the gasoline tanks during delivery, according to reports by Boise news station KTVB. Jacksons’ CEO John Jackson told KTVB that the company typically uses its own drivers and cannot yet say who made the tainted delivery, but it appears to be an outside vendor. The retailer has tested all of the sites the truck supplied to confirm the quality of the fuels.

The company already had protections against such fuel mix-ups in place--color-coded caps and inventory records, for example--but it is running an internal review of processes to determine any areas of improvement.

While the retailer initially thought the issue was limited to only one site in Meridian, Idaho, it has since confirmed that a total of four Idaho locations were affected, including one in Boise and two in Nampa. All four of the sites were served by the same fuel delivery truck, according to the KTVB report.

The Idaho Department of Agriculture’s Bureau of Weights and Measures has since visited at least one site to confirm that Jacksons’ had flushed its tank and confirmed its fuel quality. While other western states such as Oregon, Washington, Utah and Nevada regularly test fuel quality, Idaho does not, KTVB reported. The state’s Weights and Measures department does regularly test fuel pumps for quantity issues.

According to Kevin Merritt, section manager at the Bureau of Weights and Measures, the department only analyzes fuel quality if a complaint is filed. He explained that while no complaints had yet been filed in this case, the department decided to respond to news reports of the issue.

The department could levy a penalty if quality issues are found, KTVB reported. At the store tested thus far, which had the cleaned tank, the bureau has been satisfied with the quality and plans no further actions.

“It looks like the owners of that station have taken it upon themselves to correct this issue, and our tests this morning confirmed that. And we’re happy with those results,” Merritt told KTVB.

KTVB noted that the state saw only one “legitimate” fuel-quality complaint in 2013--ethanol-blended gasoline ending up in a non-ethanol tank. Merritt told the news station that it has been nearly a half dozen years since the bureau has seen an issue with diesel and gasoline accidentally mixed together, and there it was traced to problems during refining.
Jacksons Food Stores, meanwhile, has agreed to pay for any vehicle repairs related to the bad gasoline.

According to a company statement, the retailer said:

“Over the past few days, Jacksons Food Stores was made aware that pumps at four of our Treasure Valley locations mistakenly had a mix of high-quality unleaded fuel and diesel, resulting in mechanical problems for several customers. Jacksons took immediate steps to diagnose and to attempt to remediate the issue. In an abundance of caution, we are now in the process of removing all the affected fuel from those locations.

“Our investigation surfaced several instances of human errors that led to the issue, and we are changing our policy and procedures to help ensure this doesn't happen again. We take concerns about the quality of our fuel very seriously. We are committed to taking care of any and all customers impacted.”

Jacksons Food Stores believes the problem is limited to four of its 70 Treasure Valley locations and is urging customers who purchased fuel at these sites and are experiencing vehicle problems to contact its corporate office at (208) 888-6061.