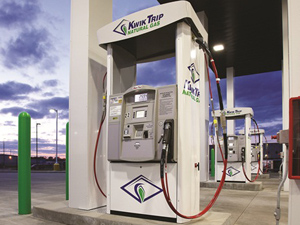 Kwik Trip is the one of the largest convenience store chains in the upper Midwest. Based in La Crosse, Wis., it operates more than 400 convenience stores in three states--Wisconsin, Minnesota, and Iowa (under the Kwik Star name).

CNG Rises in the Midwest

The Complex ROI of CNG