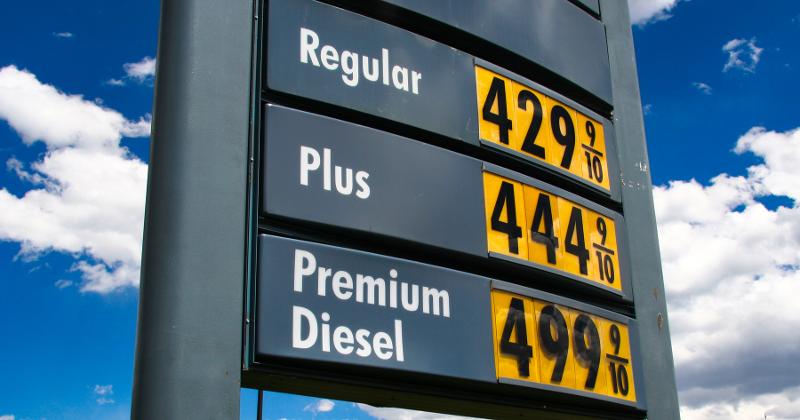 BOSTON — The U.S. national average price of gas has fallen back under the $4 mark to $3.99 per gallon for the first time since early March as of Aug. 9, according to GasBuddy. Gas prices have declined more than $1 per gallon since peaking at $5.03 on June 14, fueled by falling oil prices over the last month.

If the price holds, Americans will spend nearly $400 million less on gasoline than they did in mid-June, GasBuddy said.

It has been a record-breaking year at the pump, with a majority of motorists seeing three different handled prices, including $3, $4 and $5. Beginning in March, gas prices in the United States rose above $4 per gallon for the first time since 2008, as Russia launched its invasion of Ukraine. Global supply began to tighten, with demand also rising into the summer, causing inventories to tighten to uncomfortable levels. The previous record-high of $4.10 per gallon was broken in April, and gas prices soared to a new all-time high average of $5.03 per gallon in June. Areas of California saw average prices near $7 per gallon this summer, and diesel prices saw their biggest premium to gasoline prices ever.

“We've never seen anything like 2022 at the pump, highlighted by once-in-a-lifetime events including the ongoing COVID-19 pandemic, which caused myriad imbalances, exacerbated by Russia’s war on Ukraine. As a result, we’ve seen gas prices behave in ways never witnessed before, jumping from $3 to $5 and now back to $3.99,” said Patrick De Haan, head of petroleum analysis for GasBuddy. “While the recent drop in gas prices has been most welcomed, the issues that led to skyrocketing prices aren’t completely put to bed, and still could lead prices to eventually climb back up, should something unexpected develop.”